Cícero Guedes dos Santos, coordinator of the Landless Workers’ Movement (Movimento dos Trabalhadores Rurais sem Terra, MST) of Brazil was killed by gunmen on Friday, January 25th. He received some twelve shots to the head while he was bicycling away from a settlement of landless families in the vicinity of the Cambahyba sugar plant, in the municipality of Campos dos Goytacazes in Rio de Janeiro. It is yet unclear who is responsible for the murder.

The MST received the Right Livelihood Award Foundation in the Swedish Parliament in Stockholm in 1991 "for winning land for landless families and helping them to farm it sustainably". Ole von Uexkull, Executive Director of the Foundation, said: "The Right Livelihood Award Foundation strongly condemns this crime and calls on the state of Rio de Janeiro and the Brazilian government to protect the Landless Movement and their activists."

Other Laureates of the Right Livelihood Award from all over the world expressed their solidarity and support to the family and colleagues of the murdered activist. The Paraguayan educator and human rights advocate Martín Almada (RLA 2002), lamented that "violent actions continue to claim the lives of Latin American leaders and advocates for the environment and sustainability."

On their website, the MST explains that Cícero Guedes, who was a sugar-cane cutter, coordinated the occupation of a complex of seven farms with 3,500 hectares (8,600 acres) located in the State of Rio de Janeiro. 14 years ago, this large estate was subject to expropriation by the National Institute of Colonization and Agrarian Reform (INCRA). However, the process continued only recently, when it was approved by the Federal Court in August 2012.

Although 11 years ago he had already managed to acquire land and become a "settler" himself, Cícero Guedes dos Santos remained a tireless advocate of agrarian reform. He taught organic farming techniques to families occupying estates and would always argue that the products obtained from ecologically sound agriculture are "superior" to those sold in supermarkets. His colleagues and family say that nature "was his source of inspiration.” 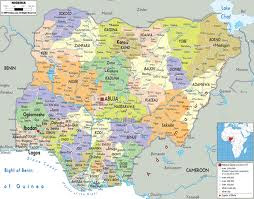 Here is a Quick Guide to party building developed for Volunteer Party Organizer as we embark on a massive recruitment drive to build the structures of our proposed party - Democratic Party For Socialist Reconstruction [DPSR].

Join Us As We Embark On Membership Drive To Register And Organize 100,000 Active Party Members In 2013

Quick Guide To [DPSR] Party Building: What To Do And How To Do It

Part One: The Party:

• The Democratic Party For Socialist Reconstruction [DPSR] is being built as a radical alternative political platform and party to harvest the growing anger against inept, incompetent and corrupt governance of the ruling political elites; and convert that anger into significant electoral leverage capable of wresting political power from the treasury looters.

• The DPSR is aware that quite a few new and genuine alternative party building initiatives are presently being ongoing across the country; furthermore, we recognize that defeating the discredited parties of the ruling treasury looting elites will require the United Effort and Struggle of the oppressed working peoples and other downtrodden and marginalized segments of society, including youths, women, people living with disabilities.

• In recognition of this essential need for Unity of the masses; the DPSR commits itself to working fully towards the possible convergence of all or a majority of these genuine alternative party initiatives into a United Movement Party Type which stands the best chance of wresting power from the ruling class parties, and beginning the process of social self emancipation of our peoples and the national liberation of our country.

• In order to achieve these we are committed to building a truly mass membership, and mass participatory Democratic Party. In furtherance of these tasks; we call on all those who are angry about the parlous state of affairs of our country and the dehumanizing condition of living of our people; who are angry and concerned enough and are determined to do something significant about it; We call on all such compatriots to come and join with us in building this political platform and Take Back Nigeria!

• To achieve this we require recruiting at least 1,000 Party Organisers across the country, each of whom will take up the responsibility of building party units in their respective localities [1,000 party units].

Part Three: Building The Party:
• Use the Party manifesto to speak with and convince potential members to join the party.

• Establish and grow a Unit of the party in your locality and environs through such awareness raising activity.

• Establish and keep a party unit membership register and capture details of party members; grow Party Unit membership to a minimum of 75 members, and a maximum of 150 members.

• Use posters, handbills, stickers, etc to popularize the party and its manifesto, and in order to recruit members.

• Organize regular Party Unit meetings and take and keep records of such meetings.

• Each Interim Party Unit Coordinating committee should maintain regular contact with and send regular reports and feedbacks to the Interim Organising Secretariat of the Party.

• Canvass for and target for membership working people in formal & informal sectors; public & private sectors; women; students & youths – unemployed youths in particular; people living with disabilities; and other exploited and excluded sections of the population.

If you are interested in joining the party and becoming an active party member, click on the link to register: 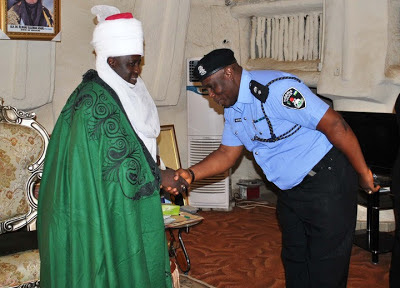 Posted by PublicInformationProjects at 00:55 No comments: