Posted by PublicInformationProjects at 10:30 No comments:


Posted by PublicInformationProjects at 10:21 No comments:


Posted by PublicInformationProjects at 05:59 No comments:


Report By: A Citizen Reporter

Barr. Ugochukwu Ezeani, Chairman, Onitsha South council area on Wednesday ordered the arrest of two illegal tax collectors in the council area. An accomplice of the arrested duo, presently at large has been declared wanted.

It would be recalled that Anambra State government said it have been losing millions of naira in recent times due to activities of illegal tax, levies and rate collectors especially in Onitsha Municipal area.

Ezeani told newsmen that the arrest was made after a tip off by some public spirited individuals.

He said that the illegal tax collectors were arrested along Ochanja Roundabout and Eze Iweka Road.

``We rounded them up through the help of the police and some council officials.

``Those involved included Tochukwu Mba and Michael Okonkwo. The duo caught later confessed that the third member of their syndicate, Kelechi Obiora had run away while siting them struggling with security agents”.

``They confessed that they had been collecting the illegal taxes forcefully from traders for over four months now,’’ he said.

The chairman also said that one Kelechi Obiora alias Okwuoto, who was a former member of the notorious Ndi-npiawa-azu, has been declared wanted.

``We have placed a reward of N200,000 cash to anybody that can volunteer information on how to get Kelechi Obiora,’’ the statement added.

Ezeani said that the new clamp down on illegal collectors of taxes and revenues accruable to the government was in line with Gov. Peter Obi’s Anambra Integrated Development Strategy (ANIDS).
Posted by PublicInformationProjects at 05:25 No comments: 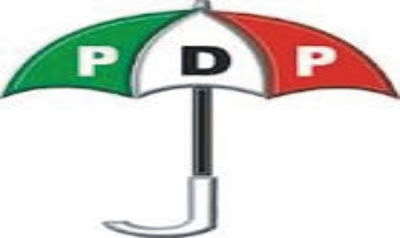 Between 1998 and 1999, the Peoples Democratic Party (PDP) in Imo State was a darling to many but today, the center can no longer hold. Having held power for so long, power got into their head and the members in the state could not manage it. They got into a lot of ungodly deals. They offended many people including their members. Selfishness, greed, indiscipline, insincerity, injustice, lack of internal democracy etc. became the order of the day. They therefore, disconnected from the people and started dribbling themselves even to public contempt. You know, when a master dribbler dribbles every opponent in the field of play, if he does not see any person more to dribble, he may be tempted to start dribbling his teammates and may end up dribbling himself also to score an own goal. People started crying but no one was ready to listen. At a time, the Imo public started seeing the party in the state in bad light. It started being associated with things like election rigging and slogans like PDP!! Share the money! Etc. One cannot eat his cake and have it. Imo PDP took Imo people for a ride and the people punished the party by voting it out. Today, the people have taken back their power and have given it to whom they so wish.

Ironically, PDP is not as unpopular as it is in states like Enugu, Akwa Ibom, Rivers, Cross Rivers and Delta etc. I think it is because of the orientation of the members of the party in Imo state. Unfortunately, instead of the party to address the myriads of problems that destroyed the fortune of the party in the state, they resorted to blackmailing the performing and people-oriented government led by Owelle Rochas Okorocha. Before now, these disgruntled politicians had also tried to incite the Benjamin Uwajumogu-led legislature against the Governor but all to no avail.

Recently, leaders of the party from Imo State met with President Goodluck Jonathan at Presidential Villa, Abuja were among other things, the activities of the present government in Imo State were reported to Mr. President. Reports have it that the delegates which were led by the ousted and thoroughly disgraced ex-governor of the state Chief Ikedi Okakim were quoted to be over seventy (70) in
number.

It was also reported that during the meeting, these Imo sons and daughters appealed to Mr. President to come and ‘rescue’ them from the hands of the present administration in Imo State. They among other things told Mr. President that the present government in Imo had instituted a state police, refused the former local government chairmen and councilors from controlling the local government councils and also alleged that the state government has not been carrying the party along in its activities. I am not against this visit because there is nothing wrong for party members to visit their national party leader especially when such a leader is a president. However, I would not have been groused if these emissaries had limited what they told Mr. President to how to reposition their party and attract federal government projects to their state. Also, I would not have been bothered if the occasion was to remind Mr. President to fulfill his campaign promises to Imo State when he last came on presidential election campaign in the state. For me, such a rare opportunity would have been used to remind Mr. President of his campaign promises to give more Imo state sons and daughters federal appointments, build many roads, dredge Nworie River, construct a naval base at Oguta, build agricultural silo at Okigwe, establish 3 additional electricity power stations in the state, construct Okpala-Amala-Rumukrushi Road, his agreement to partner with the state in the royal Oil Oark Refinery, the various Millennium Development Goals projects and the 2 Billion naira agricultural loan for farmers. What of the security challenge in the state which is supposed to be a collective effort of both the state and federal government responsibility. I also had expected the team to express their grouse on the resent disgraceful removal of an Imo daughter as the Comptroller-General of Immigration who was allegedly accused of favouring Imo indigenes during the last recruitment exercise in the country’s Immigration Service.

Before I go on, let us look at the two grave allegations these “August” delegates made against the present government in Imo State which were establishment of state police and the alleged crisis in the leadership of local government councils in the state. Every Imo person is aware that the Imo Security Network is a security vigilante group which was inherited from Ohakim’s regime. Majority of the personnel were employed by Ohakim’s government. What the present government in the state did was to refine the outfit from its former crude and brutish style of operation to a more friendly and civilized mode of operation, moreover, they are working hand-in-clove with other federal government security agencies to give the state effective security. On the local government issue, it could be remembered that Ohakim’s Bon-Nwakanma-Led Panel recommended for parliamentary system of government and two-year tenure for elected local government officials. The state legislature then rejected the parliamentary system but Ohakim lobbied and the legislature and it passed the two-year tenure for him and he quickly signed it into law. This law was gazzetted and used in electing the embattled former local government council officials in August 2010 in what political pundits described as the most undemocratic election in recent times. Incidentally, the tenure of these officials ended in August 2012. At the expiration of their tenure, these L.G. officials refused to vacate office till date.

The above is the true position of the allegations these delegates levied in Abuja and they did not have the conscience to tell Mr. President the truth.  This shows the kind of politicians Imo state parades in PDP. Liars, blackmailers, pretenders, desperadoes etc. who are only more interested in their own selfish benefits and the money that would be shard in such a visit. The irony is that the delegation paraded some names that an unsuspecting person would think are responsible men and women of honour but in reality, the reverse is the case. These are worn-out politicians who were all beaten pants down in their various booths during the 2011 Governorship election in the state because of their inability to lead the people well.

There is nothing Jonathan can do to performing ACN Governors like Fashola who were duly elected by their people. Imo state case is not different. Therefore, that macabre dance of these frustrated stalwart at Aso Rock was uncalled for. For me, it is an acceptance of weakness on the side of the delegates. I know that the trick was to drag Mr. President into the political war which I know the president is too busy for such. It was the same thing that happened in 2011 when Jonathan’s attention was drawn to the fact that Rochas inserted Jonathan’s picture to his campaign poster. We heard that Mr. President then just smiled and that was all.

Few days before this macabre dance, Mr. President sent a delegation to find out how the state was fairing. The so called PDP leaders all hid themselves and did not accompany this Federal Government delegation led by the information Minister Labaran Maku on tour of facilities in the state. The Minister and those in his company were all overwhelmed at the level of development the state has witnessed under Governor Rochas Okorocha and they did not hid their praises. Therefore, Mr. President already has first-hand information of Owelle’s government before the arrival of these emissaries of rift to Aso Rock.

Nigeria runs federal system of government. Imo people voted both Jonathan and the present government in Imo State. Jonathan cannot remove Governor Rochas Okorochas and put back Ohakim. Power now belongs to the people. With the rapid development going on now in the state, PDP in the state is already feeling jittery because they thought the present government in the state would fail. Going to Abuja to gossip cannot solve the problem. And moreover, Mr. President has a lot of problems already facing him in the country and would rather prefer those who will fight for him and not those he will fight for.

Once power is lost, it is hard to regain. Therefore, these tainted, self-appointed and disgruntled emissaries of evil should first beg for forgiveness of sins from God and come back to Imo people they impoverished for over 12 years and render an unreserved apology for God gives power and now, sovereignty resides with the people and no longer in Aso Rock.