The attention of the Imo State House of Assembly has been drawn to a publication on the front page edition of the IMO TRUMPETA Newspapers dated 14th February 2013 with the caption, “Uwajumogu, Ihim, Ihuoma lose seats”.

This publication is not only a misleading falsehood, but a crass media diatribe aimed at disparaging the Rt. Hon. Speaker and the Honourable members, tarnish their image, create disaffection, and hate between them, their supporters, constituencies and the general public.

The report as published by the IMO TRUMPETA was received as a rude shock and unimaginable embarrassment. It is a clear and unmitigated figment of their imaginations. The Imo State House of Assembly wishes to state that neither the Office of the Speaker ably manned by our ebullient and vibrant Rt. Hon. Chief Benjamin Chukwuemeka Uwajumogu nor that of any member of the present Assembly has been declared vacant by the INEC, as maliciously claimed and published by the IMO TRUMPETA.

Since it is elegantly clear that no member of the Imo State House of Assembly has lost his or her seat, and INEC never issued any letter declaring their positions vacant, instead, Honourable members in their last sitting of Tuesday the 12th of February 2013 unanimously passed a vote of implicit confidence on Speaker Uwajumogu and the leadership of the Assembly, THE IMO TRUMPETA is therefore mandatorily requested to provide the INEC’s letter which it claimed declared positions vacant within 72 hours of this rejoinder. 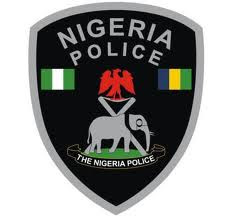 Posted by PublicInformationProjects at 03:35 No comments: