My take on this cry of marginalization, is that for all intents and purposes, it is a cry that is even among the Yorubas, quite a sectional, and perhaps self serving one!

A section of the Yoruba elite who have lost out at home are now trying to whip up sentiments in order to win concessions at the center. I do not think that those who are gained ascendancy at home consider the Yoruba to be marginalized! What real significant difference would occupying any of those position by the political elite making the the claim, make in or to the lives of ordinary Yorubas? When under the OBJ presidency a section of the Yoruba elites occupied those positions, what significant difference did it make to the ordinary Yorubas and other citizens who lived in the south west?

In reality, has this so-called marginalization led to the undermining in any way, much less fundamentally, the business interests of the Yoruba elites for example?

Is the south west being at this moment governed by non Yorubas? Has it at any time in its history been governed by non Yorubas? I can even make bold to stir the hornet's nest and make what may be considered, a controversial assertion: 'The Yorubas, within the context of the politics of Nigeria, have made progress whenever they have been autonous of the center because of being governed by parties who are in the opposition at the federal level; than when they have been governed by same party as that at the center or by parties in alliance with the governing party at the center!

In reality, the real marginalization is of the under-privileged non elites, whose slum dwellings are routinely demolished; who are routinely evicted from urban centers; whose livelihoods sources are routinely criminalized; and whose living conditions have been permanently made hellish and unbearable. Or take the youth, among whom unemployment and unemployability has reached pandemic proportions! These are the real marginalized; and it is this truly marginalized citizen across the country who need to come together and organise themselves politically and autonomously of this light fingered thieving ruling class; in order to take the necessary political Action to Take Back Nigeria; and achieve our National Liberation and Social Emancipation.

Posted by PublicInformationProjects at 10:09 No comments:


Report By: Dede Uzor A. Uzor

Right groups and traders' associations have commended Mr Ballah Nasarawa, Anambra Police Commissioner, over reduction in crime within the 12-months of his assumption of office in Anambra.

The coalition made the commendation in a crowded press conference in Onitsha on Tuesday; while giving a unanimous vote confidence to the performance of the commissioner even in the face obvious challenges.

Chief Augustine Chuukwudum, chairman of the coalition, said that since a year of Nasarawa stay in Anambra; the police had recorded tremendous success in fighting crime especially kidnapping in Awka, Onitsha and Nnewi.

``Not minding the non availability of logistics like tracking machines and other devices to fight crime effectively in Anambra; Mr Nasarawa had lived above board in discharge of his duties".

``Within the past 12-month, Nasarawa had recovered over 60 AK-47 rifles and 30 General Purpose Machine (GPM) guns".

``Over 50,000 rounds of ammunitions; 17 English pistols and 27 locally made guns. While the arms and ammunitions are enough to declare war in Anambra".

``His command also arrest the first, second and third commanders of a the most notorious kidnap syndicates in the history of Igboland – Ofe Akwu; second-in-command, Obinna Offor from Ifite Oraifite in Ekwusigo LGA,’’ Chukwudum said.

The chairman said that Narasawa had proved that Anambra indigenes could sleep with their two eyes closed as against the incessant cases of bank robbery, bullion van attacks, constant kidnapping and assassinations of prominent indigenes.

``However, it is very very sad and wicked for some group of people to link him or his office to the recent discovering of corpses at Ezu River, within the boundary of Anambra and Enugu States".

``While awaiting the outcome of government investigation into the circumstances leading to the corpses; people should not use the sanctity of human lives as a weapon of politicking and character assassination".

``Since there was no bullet shot wound on the corpses or any group, persons or community in Anambra complained of missing persons before the corpses floated at the river,’’ he noted.

Chukwudum also urged relevant government agencies to extend their network of investigation to land communal crisis in Ebonyi State between Ezza and Ezilo communities and communities in Cross River states who are currently in land dispute.

``And possibly allow him to continue in the South-East as the AIG,’’ he said.
Posted by PublicInformationProjects at 09:48 No comments:

Poem: The Scent Of Saint Valentine 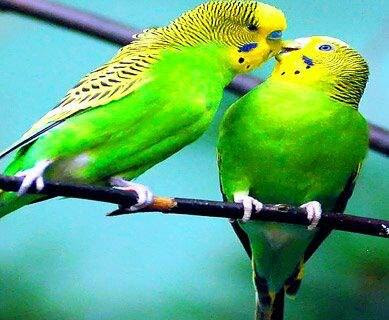 
Hand in hand
Strolling,
Smiling,
Smooching.
The streets are saturated
With the scent of Saint Valentine.

Dusk.
Screams,
Sleep in the arms of lovers,
Dreams.

Dawn.
Drained
Yet
Desirous of more.

Posted by PublicInformationProjects at 00:59 No comments:


Posted by PublicInformationProjects at 00:57 No comments:

Posted by PublicInformationProjects at 00:50 No comments: