Posted by PublicInformationProjects at 10:38 No comments:

Posted by PublicInformationProjects at 01:42 No comments:

Special Report: Text Of Letter From President Obama To Congress On Military Deployment To Niger

On February 20, 2013, the last elements of a deployment of approximately 40 additional U.S. military personnel entered Niger with the consent of the Government of Niger. This deployment will provide support for intelligence collection and will also facilitate intelligence sharing with French forces conducting operations in Mali, and with other partners in the region. The total number of U.S. military personnel deployed to Niger is approximately 100. The recently deployed forces have deployed with weapons for the purpose of providing their own force protection and security.

I directed this deployment of U.S. forces in furtherance of U.S. national security interests, and pursuant to my constitutional authority to conduct U.S. foreign relations and as Commander in Chief and Chief Executive.

I am providing this report as part of my efforts to keep the Congress fully informed, consistent with the War Powers Resolution (Public Law 93-148). I appreciate the support of the Congress in this action.

Posted by PublicInformationProjects at 01:28 No comments: 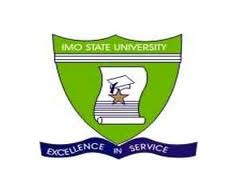 The members of the Imo State House of Assembly have urged the Governor, Owelle Rochas Okorocha, through a motion sponsored by the member representing Ezinihitte Mbaise State constituency Hon. Obioma Ekennia to declare state of emergency on Imo State University Law School and others which have lost their accreditation or not yet accredited.

They also resolved that, all materials and equipment required for the smooth running of those facilities were put in place to ensure that those faculties were given accreditation. Kicking starting the debate which did not have any dissenting voice to it, Hon. Ekennia pointed out that, the law faculty of Imo State University was de-accredited by the Council for Legal Education due to inadequate teaching personnel and shortfalls of other facilities required by the regulating body. He admitted that, even though there are lots of projects going on in the state, it is equally important that the issue of accreditation of course in the university be paid urgent attention, stressing that, the de-accreditation of the law school was a source of embarrassment to the government, him, as well as other citizens of the state.

Other lawmakers who spoke in favour of the motion opined that, amongst all the faculties in IMSU, it was the faculty that has produced many first-class materials in the Nigerian Law School, adding that, since it is the foremost faculty, it is the face of the university and  called on well meaning citizens of the state to rally round with the government to redeem the faculty and others.

They went further to state that, the law faculty did not just degenerate, pointing out that previous administrations allowed the school to degenerate to that pitiable state and urged the present
government of Owelle Rochas Okorocha to rise up to the challenge and present itself as a government that is responsible and responsive to the yearnings of the people.

Consequent upon that, the Speaker, Rt. Hon. Benjamin Uwajumogu directed the standing committee on Education to interface with the management of IMSU and then furnish the Honourable House with all the details of what has prevented the law faculty and other faculties from being accredited to enable the House interface with the Governor to ensure that the declaration of state of emergency is carried out.

Posted by PublicInformationProjects at 00:28 No comments: