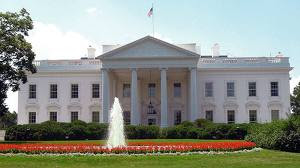 Today(02-03-2013), National Security Advisor Tom Donilon announced that Philip Gordon will be joining the National Security Staff as Special Assistant to the President and White House Coordinator for the Middle East, North Africa, and the Gulf Region. He will take up his duties beginning on March 11.

National Security Advisor Donilon said, “Phil has been a key member of President Obama’s foreign policy team for the past four years and his work with our European Allies and partners has been indispensable in helping us to formulate policy and address issues around the globe, including Libya, Syria and Iran.  His work on international security, international economics and European and Middle Eastern Affairs make him the perfect person to coordinate our policy in this time of great challenge and opportunity in the Middle East, North Africa and the Gulf.  His appointment further strengthens a superb team that includes Puneet Talwar, Special Assistant to the President and Senior Director for the Gulf States, Iran and Iraq, and Prem Kumar, Acting Senior Director for the Middle East and North Africa.”

Since May 2009, Dr. Gordon has served as Assistant Secretary of State for European and Eurasian Affairs.  As Assistant Secretary he was responsible for U.S. policy with regard to 50 countries in Europe and Eurasia as well as NATO, the EU and the OSCE. Prior to joining the Administration, Dr. Gordon was a senior foreign policy advisor to the 2008 presidential campaign of then-Senator Barack Obama, and served as: a Senior Fellow at the Brookings Institution in Washington, DC; Director for European Affairs at the National Security Council under President Bill Clinton; and a Senior Fellow at the International Institute for Strategic Studies, London.

He has a Ph.D. and M.A. in international relations from Johns Hopkins University School of Advanced International Studies (SAIS) and a B.A. from Ohio University.

Released By:
Office of the Press Secretary,
The White House.
Posted by PublicInformationProjects at 06:48 No comments:


Posted by PublicInformationProjects at 06:08 No comments:

Posted by PublicInformationProjects at 05:51 No comments: