Posted by PublicInformationProjects at 11:26 No comments: 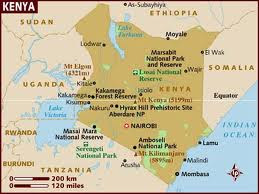 Kenya's coastal separatist group, the Mombasa Republican Council (MRC), denied responsibility for attacks in the tense coastal region that killed at least 15 people hours before a presidential election on Monday.

"We are not responsible for any attacks anywhere in this region," MRC spokesman Mohammed Rashid Mraja told Reuters by telephone, adding that the group only sought change through peaceful means.

The police had blamed the MRC.

Posted by PublicInformationProjects at 08:07 No comments:


The deteriorating security situation in Nigeria and the seeming official indifference by the leadership is quite worrying to Afenifere.

Former Minister of Defence, Gen. Theophillus Danjuma on Saturday raised the alarm that the Northern part of Nigeria is in the “middle of a civil war”.

Said he “…the nation is in total anarchy. Human life is very cheap and impunity has become the norm … we are in the middle of a civil war in Northern Nigeria. There is no defined front in this particular war and worse still, the enemy is faceless and unknown. There is no immunity for anyone”

He added that the war was highly contagious and regrettably he had no “suggested solution”.

Within 48 hours after Danjuma’s declaration, the Kwara state police Commissioner, Mr Chinwike Asadu was gunned down in his home state of Enugu while 22 people were killed in Borno state in an attempt to take over an army barrack by members of Boko Haram.

As if to confirm the state of nature that Nigeria has descended into, there is a sense of indifference to these calamities these days as the presidency sparingly issues the photocopied response “we shall fish out the culprits”.

There is no hazarding any guess that strategizing for 2015 is of greater priority at the moment than paying attention to the state of insecurity in the country.

While bombs are flying like bangers, guns booming in every nook, kidnappers daily nabbing their victims and assassins shooting without missing; the battle for control of Governors Forum and such mundane tussles have taken all the attention of the presidency.

It takes a demented political class to pretend that all is well within our country and that we have a good setting to conduct elections in 2015 given the culture of fear spreading across the country.

Genuine patriots must be worried that it appears that the high level of insecurity in the country is not being given the desired engagement.

We are convinced beyond any reasonable doubt that any attempt to continue to treat the insecurity situation in the country  as if it provides a good distraction from people asking for good governance is bound to backfire as a full maturation of what is going on will consume all.

In order to restore normalcy to Nigeria and all the country back from the brink, Afenifere suggests immediate convocation of a National Security Summit to bring leaders and stakeholders together from across the country to brainstorm on the causes (s) of the virtual security collapse in the country and proffer solutions to them.

The suggested summit should be a prelude to a NATIONAL conference that will address the structures of Nigeria in a way that the constituent units can live peaceably within a proper federation built on justice, equity and fair play.

This is the irreducible minimum to stop the drift going on.

Article: The Challenge Of 2015 In Nigeria 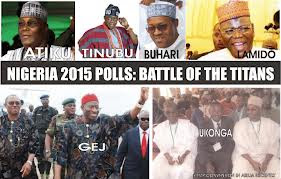 Many of us want change, in fact perhaps the overwhelming majority of us desire to have such a decisive and impactful change in our polity, in the way we are governed, in the processes of governance, in the dynamics of our national economy, and in the nature of social cohesion among our peoples.

The overwhelming majority of us are equally tired, frustrated and at our wits’ end with the way and manner that those who have and continue to govern us have governed and continue to govern us since flag independence. We have been locked into a downward spiral development wise that quite literally makes every past regime seem to be better than the current one with respect to the general well fare of our peoples and the well being of our national economy. True the economy is witnessing ‘growth’ in the GDP – even though in reality approximately 1% shrinkage of the economy is predicted for 2013; even though the rate of GDP growth at less than 7% is considerably less than the 8 – 10% annual growth rate needed to reverse the trend in poverty and lift the country into the league of 20 biggest economies.

Nonetheless these GDP growths [due largely to oil exploration and production activities] have only translated into rising and persistently high unemployment at 25% [and about 35% youth unemployment]; 68% poverty rate; gross absence and or dilapidated nature of basic infrastructures [12,000 abandoned infrastructure projects at a cost of 7.7 Trn Naira since 2000]; grossly inadequate public investment in basic social services in Health, education etc; and persistently high levels of insecurity and crime; and even more significantly industrial capacity utilization that for decades has continued to hover around the 35% mark, while as a nation also boasting one of the highest costs of doing business anywhere in the world!

In addition to this we can add the unprecedented levels of treasury looting and grand theft going on in the name of corruption, fraud and misappropriations; the mind boggling levels of organized pillage and banditry being perpetrated and perpetuated by political brigands and their cohorts and clients in businesses. So much so that in the oil sector alone over a 10 year period, this nation has lost over $100bn [that is more than N17trn- the size of three and a half federal budgets] to fraud and corruption.

With this scale of corruption and treasury looting, it is little wonder that in the midst of this grinding poverty and crushing conditions of doing business, the country boasts 8 of the top 15 richest Africans, and is also the home country of Africa’s richest man and woman! It is also why as a country we boast of some of the widest gap between the very rich and the poor; with the top 105 of wealthiest Nigerians owning 41% of national wealth, while the bottom 20% of poorest Nigerians collectively owns a meager 4% of national wealth.
It is within this context of hopelessness and alienation derived from impoverishing and stifling conditions of living and existence, that the desire for change can be properly situated.

It is therefore also within this context that one should situate the quest for change, a genuinely social transformative change, within the broader discourse and praxis [that is theory and practice] of the challenge we are confronted with in the 2015 general elections, and in particular on the road to 2015.

This brings me to the question of how we got to this terrible junction in our collective history. The problem is systemic, and driven by the collective interest more or less of a ruling political [and business] elite since independence.

It will be stupid on our part to believe and accept that the Nigerian Ruling class has been stumbling from one honest mistake to another since independence; and that the way and manner in which it has been governing this country has not been in its interest since independence; or that even if it has not governed in its own enlightened self interest, it has nonetheless not been the major if not sole beneficiary of the mis-governance and treasury looting since independence!

We are thus left with the conclusion that the current system with is prebendal clientilism, and ingrained mechanisms for tributary patronage, is one that has been perfected over the past five decades by the ruling elites to safeguard their collective selfish interest and grow their own wealth at the expense of the overwhelming majority, and through state theft!

Given this scenario it will therefore be extremely very naïve on our part to believe, indeed hope that the dismantling of this system, the salvation of this country, can be led or undertaken under the leadership of the current ruling elite and through their organized platforms.

This is because reflecting their mission in governance, the political formations and platforms organized by this ruling elites in their various factions and fractions, are mere platforms for grabbing power and distributing the spoils of office. They are in no way platforms for undertaking governance; any progress that happens is accidental, and tangential to the main focus.

This is why we need to be very careful with the euphoria around the developments within the political platforms of the ruling elites; whether the turmoil within the ruling PDP, or the flurry of activities towards a hasty merger by the opposition parties in APC! Nor should we also get carried away by the current antics of politicians of the old school, men and women who have been either in the throne room or in the corridors of power all of their adult lives! In several ways these people have been integral parts of the problems of this country since they cut their political teeth. They have been in positions of authority at different levels; and while they have usually been suddenly wiser out of power, they have all had the chance and the opportunity, several times over to actually change the course of our national development and reverse this trajectory to national collapse!

Neither our national liberation as a country, nor our social emancipation as a people, nor even the salvation of our economy can come from or under the tutelage of the current ruling elites! None of their existing and future platforms, no one single individual amongst them emerging from and flying the banner of these platforms can successfully undertake the transformation of the processes of governance in our country. Achieving this will require the dismantling of the system of patronage and clientilism; this will require committing political suicide by any ruling class element or party.

Of course several Nigerians who are becoming newly politically agitated and who desperately seek change have been confronted by the challenge of self doubt, the absence of self confidence, that inspires fear, and suggests the impossibility of such a mission and vision. We ask can we do it? Can we really overcome these obstacles, kick out these bandits, begin the process of clearing and cleaning the Augean stables, and set about laying the foundations for a great and prosperous nation, with a thriving and prosperous people?

We are thus paralyzed by the fear implanted in us through our own self doubt. But look at us; inspite of the adversity that surrounds us, we are builders, successful builders and leaders in our various fields and among our peers. How old were these old school politrickcians when they started cutting their political teeth?

On the road to 2015, as we organize and mobilize the political movement and platform to Take Back Nigeria, our greatest obstacle will be this self imposed fear, this self doubt! But we are the future of this country, we know it, and we should embrace the challenge!

These political platforms of the ruling elites in their different and several incarnations are merely conduit pipes for grabbing power and gaining access to public treasury; Our task is to organise and build new radical platforms, strong enough to confront and displace them; and visionary enough to lead the process of our becoming a great and prosperous nation and people.

Look at Greece, look at Italy; new political movements organised by new political actors, have swept unto the national stage: The Radical Left in Greece, the Five Star Movement in Italy! If this is possible in those places, it is equally possible here.

Now therefore let us go out unto the field to work, to plough and to sow; to weed and to tend; to organize and to build; for the time of harvest will soon be upon us!
Posted by PublicInformationProjects at 01:01 No comments: