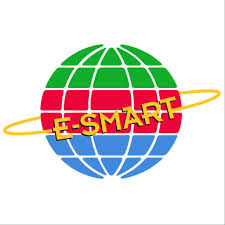 On March 22, 2013, as thousands of Swedish citizens of Eritrean origin were demonstrating in Stockholm, Sweden to condemn the criminal and cowardly acts of terrorism that burned three of their community centers, Eritrean Americans across the United States visited the Swedish Embassy in Washington DC and Swedish Consular offices throughout the United States.
The message that was delivered to Swedish officials condemned the heinous crime that were committed the night of February 25, 2013, the conspicuous Swedish media silence on this act of terrorism, and the alarming inaction by the Swedish authorities. It also called an end to the 10-year long Swedish media’s virulent xenophobic campaigns that have resulted in violations of the rights of Swedish citizens of Eritrean origin. The package that was delivered included a collection of photographs that showed the destruction of the three community centers.
The three Eritrean community centers that were burned in February were places where the community gathered for all forms of its social life. These were epicenters of Swedish-Eritrean life, they were where children got school work tutorials, Eritrean language instructions, the community met for family celebrations, as well as to mourn the loss of their loved ones.
We would like to point out, despite making proper appointments and given a time and officials to meet with, some consulates, at the last hour, cancelled appointments saying: “the Swedish Embassy in Washington, DC, has instructed us to tell you to contact the Swedish Ministry of Foreign Affairs in Stockholm.” These acts betray motives of the Swedish Embassy officials in Washington, DC and serve as a window to what Swedes of Eritrean origin are facing in their attempt to get justice in Sweden.
Once more communities of Eritrean Americans across the US call the Stockholm police and the Swedish Government to conduct a thorough investigation to get to the bottom of these crimes and earnestly work to bring the responsible person(s) to justice. Terrorism is terrorism is terrorism—by any other name or under any veil. Acts of terror and vandalism should not be mistaken for political activism. There should be a bold line that should not be crossed.
We also call on all peace loving people to condemn and fight discrimination, racism and xenophobia in all their manifestations. As for the Swedish officials in the Embassy in Washington, DC, they should never think they can muzzle our voice and shun the spotlight over the crimes that happened in the heart of their capital by refusing to talk with our delegation. We will continue to raise our voices until Swedish authorities investigate fully the crimes committed against the law-abiding Eritrean Swedish Community and stop their subtle and not so subtle acts of discrimination.

Posted by PublicInformationProjects at 10:01 No comments:


Posted by PublicInformationProjects at 08:11 No comments:


Posted by PublicInformationProjects at 02:38 No comments: