For dismissing Hurricane Exodus as an “empty threat” by the Nigerian security forces, heavily armed fighters from the Movement for the Emancipation of the Niger Delta (M.E.N.D), at about 17:00 Hrs., Saturday 06, April 2013, intercepted and engaged government security forces in a fierce gunfight lasting over forty (40) minutes at Azuzama, Southern Ijaw, Bayelsa State, Nigeria.

The clash which happened in the river left over fifteen (15) security forces dead as we also lost two (2) of our fighters in the battle.

We hope this encounter will serve as a lesson to the Joint Task Force (JTF) from making careless utterances that cannot be backed as we remain resolute in our resumption of hostilities.

All oil companies and the public are advised to ignore the false sense of security been peddled by the JTF as well as the false comments from a “Comrade Azizi”, who claims to be in the spokesman for the group. This person is not known to MEND, does not speak for MEND and his utterances and style do not reflect our plans and actions.

Jomo Gbomo
Posted by PublicInformationProjects at 08:05 No comments: 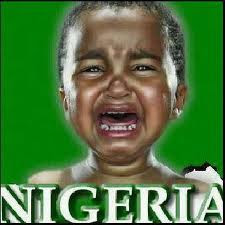 1.The ruling political elites have been in power over the last 52 years, and they have ruled only in their own greedy interests. They were not making any mistakes; they have not been foolish or stupid; they have simply ruled and governed in their own interests.

2.Under their cumulative watch, they have increased their wealth so much so that they have created multimillionaires amongst themselves at the expense of our collective well being. As they have grown in wealth, the poverty of ordinary citizens has increased.

3.The basis of their stupendous wealth and our monumental poverty has been the focused and targeted looting of our collective treasury; the organized, conscious pillaging of our collective wealth. Under their watch, corruption has increased tremendously; so much so that for instance since 2000, roughly 12,000 infrastructure development projects at the combined cost of N7.7tn have been abandoned, with N2.2tn already paid in mobilization fees! Furthermore; in 2011 from the subsidy regime alone, over N1.7tn was lost to corruption; a further $10bn is lost annually to combined crude oil and refined products theft; while according to investigations by Punch Newspapers, in 2 years [June 2010 to June 2012], over N5tn was lost to corruption – that is a public theft rate of over N220bn per month – an amount bigger than the annual budgets of several states, and several federal ministries!

4.The result of their cumulative rule over the last 52 years has been increased poverty [which grew from 54% in 2001 to 70% in 2012 – the only country to have increased poverty by half rather than reduce it by half in meeting the MDGs]; increased gap between the rich and the poor [the top 10% of wealthiest Nigerians own 41% of national wealth, while the bottom 20% of poorest Nigerians own a mere 4.1% of national wealth; further with 115 million people living in poverty, we also boast 15 out of the 40 richest Africans!

5.Throughout the five decades plus of their combined rule, homelessness and joblessness has increased tremendously! They have routinely destroyed the homes of the poor and evict them from their homes under the guise of urban renewal; instead of making qualitative housing accessible to the poor, they destroy the homes of the poor! They also continue to routinely criminalize and destroy the livelihoods of the poor; destroy their shops, arrest and harass hawkers, etc; instead of providing jobs for the poor, they destroy their meager means of livelihoods!

6. The measure of the quality of the future of a nation can be glimpsed from the quantity and quality of its investments on its children and youths! The ruling elites have destroyed the education infrastructure, so much so that they now train their own children in expensive [therefore unaffordable and inaccessible to the poor] private academic institutions in and out of the country! The result of this is that millions of youths are unable to access qualitative education; while they graduate into joblessness! Instead of investing in the training and job creation for our youths, they have converted the young of the poor into their political thugs, and recruits for their various insurgency projects; while the many others have been forced into a life of crime. Youth unemployment hovers around the 50% mark!

7. It is now an understatement to say that the state of insecurity across the country has reached alarming proportion! Nowhere is a safe haven; no part of the country is excluded from the scourge of insecurity; whether it is driven by armed criminal violence or armed insurgencies! To make matters worse, the security apparatus has been undermined by corruption and the privatisation of the public security by the privileged few in power. The state over which this ruling elites preside over, has even now gone a step further in abdicating its role by outsourcing state security to private armed groups; a further indication of the gradual collapse of the state.

8. They have bastardised the political process and system, creating vehicles for accessing power and sharing our collective patrimony in the name of political parties. Their parties are not know for any principles, any programs, only known as vehicles for taking power and thereby gain access to our treasury, which they then proceed to promptly loot! This is why a defining character of the political process has been cross-carpeting and decamping from party to party!

9. In 52 years rather than improve the quantity and quality of our healthcare delivery system, they have callously turned our hospitals into first consulting clinics with no drugs or equipments; and then finally into mortuaries, with no electricity to even keep the corpses! And while they have denied access to healthcare for tens of millions, they continue to fly abroad and treat at public expense ailments as ordinary as headache!

10.   And now the economy! Over 5 decades, we have managed to be left behind by every other country that was at a comparative level of development with us at the time of flag independence in 1960; and that had comparative resource pool with us! Even now as the current rulers boast of high GDP growth rate [which in effect actually meant a 1.3% shrink in 2012 compared with 2011 for instance]; the consequence of this growth without human development have been high increased poverty levels, increased corruption, and increased insecurity across the country. We are still one of the countries with the highest cost of doing business anywhere on earth! Little wonder that companies are moving their headquarters to Ghana from Nigeria! In fact industrial capacity utilization have continued to remain far below 35% for decades; while the Business Confidence Index [BCI] has continued to remain abysmally low, remaining persistently below 20% for a decade, far below the 50% global threshold mark! A nation of 160 million people, and after a cumulative investment in the last 13 years alone of over $30bn, we still generate a little over 4,500 MWs of electricity at peak period; while the transmission capacity is even less than this 4,500 MWs! What is more? A nation that paid off its external debts barely half a decade ago, has now grown its external debt stock to more than $6bn, and yet it has external reserves of $48bn and maintains an Excess Crude Account with a balance of $9bn; while on the other hand criminal enterprises under state protection, cause the nation to lose $10bn annually in combined crude oil, refined products and subsidy theft from the petroleum sector alone!

What We Need To Do:
This is why it is important for active citizens to understand that the salvation of our country cannot and will not come from the current array of the political parties of the ruling elites: neither PDP nor APC is the answer to our developmental challenge; in fact they are central parts of the problem!

To achieve our Social Emancipation as a people and as citizens; and our National Liberation as a country; we must look beyond the political platforms and contraptions of the ruling elites; we must be prepared to undertake the herculean task of Building Our Own Autonomous, and Independent Political Party Platform to challenge the discredited ruling elites, and begin the organisation of a new emancipatory and liberating experience of Human Civilisation in our Country.

To Kick our these Charlatans and Vagabonds in power; this treacherous, light fingered and thieving ruling political elites; We must undertake the daunting task to Build Our Own Mass Political Party, in order to enable us to Take Back Nigeria!

That is why we urge you to come work with us as we build the Democratic Party For Socialist Reconstruction [DPSR].
Posted by PublicInformationProjects at 06:37 No comments: