News Release: "Give Them Sharia Country, Not Amnesty"--------Biafra Group 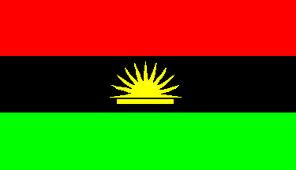 The attention of Biafra Liberation Council(BLC), have been drawn to moves by the federal government of Nigeria headed by Goodluck Jonathan to perfect plans to grant general amnesty to the terror group known as Boko Haram, thereby shielding its members from being prosecuted in spite of the numerous crimes they have committed against humanity.

We are not surprised that the Nigerian state is considering the amnesty package, which may include handsome rewards for the terror group rather than checkmating their nefarious activities given the fact that the primary target of the terrorists in their jihad operations are the Igbos, the people of Biafra.


We wish to remind the federal government of Nigeria that it is its duty to protect law abiding people within its territory, whether they are foreigners or citizens. It is also the duty of the state to bring those  involved in criminal acts, including terrorism to book rather than protecting and rewarding them.


It is therefore unimaginable that a group which has killed hundreds of Ndigbo in the north simply because they failed to embrace Islam is being considered for amnesty. Interestingly, it is on records that Nigeria’s immigration and other security authorities have said that Boko Haram is peopled by foreigners or foreign mercenaries from Cameroon, Niger, Chad, Mali, etc. . Is Nigeria granting amnesty to foreign terrorists? Is Nigeria paying compensation to these foreign merchants of violence for attacking the people within the territory of Nigeria?


By trying to consciously shield them from facing prosecution through the so-called amnesty, it has become convincingly clear that it is the Nigerian state, in conjunction with the northern political and Islamic leaders that unleashed the Boko Haram terrorists on innocent Igbo people in the northern part of Nigeria. We recall that the governments of the northern states and the federal government had accused each other of creating Boko Haram. Perhaps, they want to confirm this by paying compensation to their boys;


We urge the government of Nigeria to drop any plan aimed at granting any form of amnesty to the terrorists as such plan amounts to treating certified criminals like sacred cows and rewarding them positively for terrorism. This is absurd. Any amnesty to the terror group will be counter productive as it will encourage other groups to carry their own arms and begin to unleash mayhem on innocent people. Above all, it only shows that the lives of Ndigbo as well as the Nigerian security operatives wasted by these terrorists mean nothing to Goodluck and the ruling clique.


May we warn that if the government goes ahead and grants amnesty to these killers, we will no longer continue to restrain militant Igbo groups from embarking on reprisal attacks against northern elements within the territory of Biafra or anywhere else for that matter. Most importantly, we will hold Goodluck Jonathan and his cohorts accountable for the genocide being committed against Ndigbo in the name of Islamic jihad in the north at the right time.


Rather than the so called amnesty, If Nigeria truly want peace, they should form a committee that will handle the peaceful dissolution of Nigeria to enable Boko Haram as well as other sections like Biafran groups to have the country of their dreams.


They have made it abundantly clear that their demand has been that they should be allowed to have a sharia country, without which there will never be peace. Rather than amnesty, a country should be carved out for them where anybody who finds himself or herself there will know that they are under the rules of sharia;

There are Islamic countries such as Sudan, Palestine; Libya, etc. And there are provisions for self-determination in human rights instruments.


There is no doubt that no amount of amnesty will stop the jihadists from going on rampage and from killing Ndigbo with security operatives as collateral damage in the name of sharia.


The only thing the so-called amnesty may achieve is to create wealth for the sponsors, the politicians and of course, enable them to get more arms;


May we seize this opportunity to call on all remaining Igbos in the northern Nigeria to leave the north as it is very obvious that the Nigerian state is not interested in protecting them against the killers. A word is enough for the wise.


Posted by PublicInformationProjects at 07:43 No comments:


Posted by PublicInformationProjects at 02:28 No comments:


Posted by PublicInformationProjects at 02:14 No comments: