Ekiti Focus Group (EFG), North America, commiserates with the family, friends and Government of Ekiti State on the sad and untimely death of Mrs Olufunmilayo Olayinka who until her transition served as the Deputy Governor of Ekiti State.

The late Mrs. Olayinka has been variously described in glowing terms as a consummate team player.

According to Governor Kayode Fayemi, Mrs. Olayinka was “a hardworking, God fearing, reliable and trustworthy companion”. Without any doubt, Ekiti State has lost a gem who will be sorely missed.

EFG noticed with considerable distress that this acknowledged gem of a public servant died prematurely in spite of the best efforts sought to relieve her conditions abroad. Her untimely departure presents a moment and opportunity to challenge ourselves, and especially those in power to reexamine the strategies for, and the resources allocated to the sustainable delivery of health care to the masses of our the people.

We implore all people of goodwill to join together with the government to initiate a Funmilayo Olayinka Cancer Research and Treatment Center, in honor of the departed and in solidarity with the living.

On its part, EFG will assist in every way feasible in ensuring that this untimely loss produces meaningful benefits to the memory of
We pray that the gentle soul of Mrs. Olayinka will find repose in the bosom of the Almighty God from whom we came and unto whom we shall all return. May the Lord grant unto the family she left behind and all those who are bereaved, great fortitude to bear the irreplaceable loss.

Adebanji Dada (General Secretary)
Posted by PublicInformationProjects at 12:28 No comments:


Posted by PublicInformationProjects at 08:14 No comments: 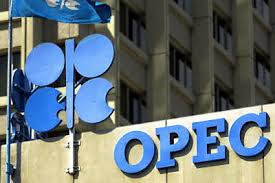 
Balance of supply and demand

Click Here To Read Report
Posted by PublicInformationProjects at 02:50 No comments:


Posted by PublicInformationProjects at 01:42 No comments: