News Release: MEND To Embark On Crusade To Save Christians In Nigeria 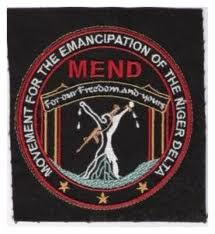 On behalf of the hapless Christian population in Nigeria, The Movement for the Emancipation of the Niger Delta (M.E.N.D), will from Friday, May 31, 2013, embark on a crusade to save Christianity in Nigeria from annihilation.

The bombings of mosques, hajj camps, Islamic institutions, large congregations in Islamic events and assassinations of clerics that propagate doctrines of hate, will form the core mission of this crusade code named “Operation Barbarossa”.

This campaign will not in any way interfere with the ongoing “Hurricane Exodus” – which on Saturday, April 13, 2013, at about 01:00 Hrs, swept through the Ewellesuo comminity, Nembe, Bayelsa State, leaving the destruction of well 62, belonging to Shell Petroleum in its wake.

We may only consider a ceasefire of “Operation Barbarossa” if the Christian Association of Nigeria (CAN), the Catholic Church and Henry Okah, one of the few leaders in the Niger Delta region we respect for his integrity, intervenes. Also the assurance for a cessation of hostilities targeted at Christians in their places of worship, made privately or publicly by the real Boko Haram leadership will make us call off this crusade.

We have no problems with their attacks on security agencies including the prisons, for their role in extrajudicial killings, torture, deceit and corruption.


Posted by PublicInformationProjects at 06:53 No comments: