The Campaign for Democracy (CD), South-East Region has called for probe into despicable and gruesome murder of Dr Chudi Nwike, Deputy South-East National Chairman of the Action Congress of Nigeria (ACN) and former deputy governor of Anambra
This was contained in a statement issued to newsmen by CD to newsmen in Onitsha Anambra State on Tuesday.

The statement was signed by Dede Uzor A. Uzor and Dr Jerry Chukwuokolo, who are the chairman and secretary of CD South-East Region.
``With the gruesome murder of Nwike, it spells out that the remaining 7 months to the Anambra governorship election would be full of violence of alarming magnitude".
``We are calling on Commissioners of Police in Enugu, Anambra and Delta States to set-up high-powered investigation teams to unravel the circumstances leading to his abduction and murder as well as killing of two people, who went to pay the ransom for him".
``Federal Government should provide tracking devices in states with high rate of criminality especially Delta, Enugu and Anambra States.
``The kidnapping and murder of top placed personalities is clear signal that the state government cannot contain security upheavals".
``The governors of Delta, Anambra and Enugu States should sincerely spend the monthly security votes to check the spate of raising kidnappings," the statement concluded.
Posted by PublicInformationProjects at 08:01 No comments: 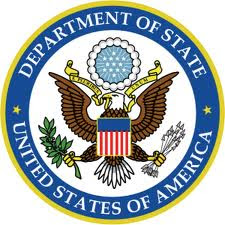 The United States Government, in coordination with the Governments of the United Kingdom, Norway and the European Union, will host a South Sudan Economic Partners Forum in Washington on April 16, 2013, to discuss the economic and fiscal challenges facing South Sudan and how the Government of the Republic of South Sudan, together with partner nations and international financial institutions, can best address them.

These governments and international financial institutions, including the World Bank, the International Monetary Fund and the African Development Bank, are working with the Government of the Republic of South Sudan to explore concrete options to help bridge the fiscal gap exacerbated by the oil shutdown of the past year, as well as plans to diversify South Sudan’s economy to allow for sustainable long-term growth.


Office of the Spokesperson,
US Department Of State.
Posted by PublicInformationProjects at 02:41 No comments: 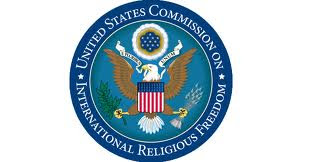 Ongoing attacks and retaliations by Muslims and Christians in Nigeria’s violent, religiously and ethnically mixed Middle Belt has left more than 100 dead and dozens of properties destroyed since March of this year.  This recent Muslim-Christian violence in Plateau State exposes the Nigerian government’s failure to effectively deal with a history of religiously-related violence that threatens the country’s stability.

USCIRF has recommended since 2009 that Nigeria be named a “country of particular concern” (CPC) due to the government’s failure to hold accountable perpetrators of religiously-related violence.  While since 1999 more than 14,000 persons, both Muslims and Christians, have been killed, USCIRF has been able to document that only 1% of the perpetrators have been prosecuted.

“The Nigerian government’s failure to prosecute perpetrators of religiously-related violence only encourages reprisals and intensifies local tensions and mistrust.  Boko Haram uses this impunity as a recruitment tool and to justify its attacks on Christians,” said Lantos Swett.

The most recent round of fighting started on March 20-21 when armed men, alleged to be from the Fulani tribe, opened fire on the Christian village of Ratas while villagers slept, killing 19.  This violence since has led to Christian and Muslim reprisal attacks throughout Plateau State and even Kaduna State, including an Easter weekend assault that left an estimated 80 dead.

In 2012, Boko Haram, an extremist and violent Muslim group, attacked more than 25 churches, primarily those in cities with a history of religious-related violence, to incite Christian reprisals and destabilize Nigeria. Additionally, Boko Haram, which has killed more Muslims than Christians over the past few years,  has used Christian attacks on Muslims to justify its attacks on Christians.

Posted by PublicInformationProjects at 02:32 No comments: