Posted by PublicInformationProjects at 09:03 No comments:


Posted by PublicInformationProjects at 08:42 No comments: 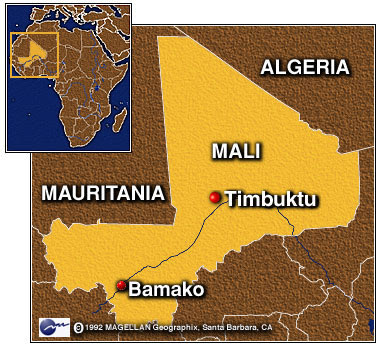 International experts and decision-makers meeting at a United Nations forum in Paris yesterday adopted an action plan to rehabilitate and safeguard Mali's cultural heritage, which has been the target of attacks by Islamic extremists in recent months.

The action plan adopted at the meeting, organized by the UN Educational, Scientific and Cultural Organization (UNESCO) and the French Government, seeks to rehabilitate cultural heritage damaged during the conflict with the active participation of local communities, and to take measures to protect the ancient manuscripts kept in the region.

Estimated to cost some $11 million, the plan also aims to provide training activities so as to re-establish appropriate conditions for the conservation and management of cultural heritage, including manuscripts and intangible heritage.

There have been several attacks on Mali's cultural heritage after radical Islamists occupied the northern part of the country after fighting broke out in January 2012 between Government forces and Tuareg rebels.

Just last month, extremists reportedly set fire to a library in the city of ancient city of Timbuktu containing thousands of historic manuscripts. Prior to that, at least three mausoleums were destroyed in December.

On a visit to Mali with French President François Hollande earlier this month, UNESCO Director-General Irina Bokova had underscored the need to help the authorities rebuild and safeguard the country's cultural heritage.

Opening yesterday's meeting, Ms. Bokova reiterated the agency's commitment to work for cultural preservation in Mali. “When a World Heritage site is destroyed, because of stupidity and violence, the whole of humanity feels it has been deprived of part of itself; that it has been injured.”

The action plan covers both World Heritage sites and cultural heritage properties protected under national legislation. Specific actions are foreseen for Timbuktu, the Tomb of Askia in Gao, the Old Town of Djenne and the Cliff of Bandiagara (land of Dogon) as well as museums.

Comprehensive measures for the safeguarding and digitization of manuscript collections are also planned.

The training activities foreseen by the plan concern all areas of cultural heritage preservation, both monuments and manuscripts.

UNESCO will send a mission to Mali to make a full assessment of the damage and how best to implement the action plan as soon as the situation allows it, the agency noted.

Yesterday's meeting was organized within the framework of the Day of Solidarity with Mali, which featured a series of presentations and discussions, the drafting of the action plan and a cultural programme hosted by UNICEF Goodwill Ambassador and global singing sensation Angélique Kidjo.

“We have gathered to transform indignation into action – Mali's heritage is much more than an inscription on UNESCO's list, it is the legacy of an ancient culture, a testimony of dialogue between cultures, and it is our duty to do everything possible to protect it,” said Ms. Bokova.
Posted by PublicInformationProjects at 02:36 No comments: