The newly redeployed CPs have been charged to show commitment in the fight against crime and criminality in the respective new beats. They are to ensure that they work cordially with the public and to serve as motivation to their subordinate officers in the discharge of their onerous responsibilities.

The IGP has also directed the CPs to be mindful of the fundamental rights of the citizenry and ensure that complaints are promptly attended to avoid the miscarriage of justice. He further directed all effected officers to ensure that handing and taking - over exercises are completed as when due.

The redeployment exercise is as contained in the table below:


Posted by PublicInformationProjects at 02:29 No comments: 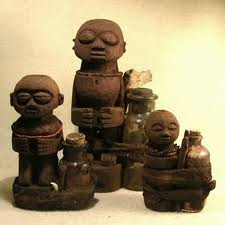 A retired judge of an Imo State High Court (name withheld) is alleged to have taken some members of the Zion Methodist Church Obazu Mbieri in Mbaitoli L.G.A of Imo State to the Alaogbaga Shrine in Chokoneze in Ezinihitte Mbaise L.G.A of Imo State over a land dispute.

It is alleged that the judge, who is a senior member of the Church built his residential house in a land belonging to the Church and that the church sued him at an Imo State high Court at Iho in Ikeduru L.G.A.

Sources that monitored the case at the shrine said that the Judge, who recently retired from the Imo State Judiciary, was sighted at the shrine on the 29th of April 2013 when the matter first came up, but that the defendants did not show up.

Efforts to reach the retired judge on his mobile phone proved abortive as the phone rang without answer.

At the time of preparing this report, there has not been reply to a text message sent to the Judge’s mobile phone for his own side of the story.

The matter have been adjourned to a later date.
Posted by PublicInformationProjects at 02:04 No comments: