I am delighted to invite you to the 7th Annual edition of the Business Law Conference of the Nigerian Bar Association’s Section on Business Law (SBL) holding from June 17 – 19, 2013 at the Eko Hotel & Suites, Victoria Island, Lagos.

The Theme of this year's Conference is “The Legal Profession in an Emerging Economy".

The event promises to be very impactful, provides more insight on the development of business law practice in Nigeria; as well as creates unique opportunity for networking with other lawyers and professionals, judges, policy makers, industry experts and various international participants/delegates from Europe, America and other parts of the world who will be attending the conference.

Completed RegistrationForms together with evidence of payment of Conference Fees are to be sent to:

Please note that to facilitate pre-registration and prompt collection of conference materials, evidence of payment of Conference Fees must be received by the Section Administrator not later than Friday, June 7, 2013.

We shall update you with full details of the conference shortly.

I look forward to welcoming you to this event. 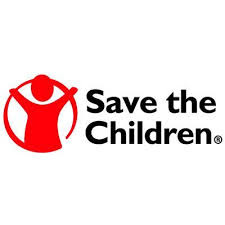 The birth of a child should be a time of wonder and celebration. But for millions of mothers and babies in developing countries, it is a dance with death.

In commemoration of Mother’s Day, Save the Children is publishing its 14th annual State of the World’s Mothers report. Every year, nearly 3 million babies die within the first month of life, most from preventable causes. More than a third of these babies die on their first day of life making the birth day the riskiest day for newborns and mothers almost everywhere. This report shows which countries are doing the best and which are doing the worst at preventing these deaths. It also examines the need to strengthen health systems, train and equip more health workers and make proven, underused solutions available to every mother and newborn who needs them. Such efforts could help prevent as many as 3 out of 4 newborn deaths.

The first-ever Birth Day Risk Index compares first-day death rates for babies in 186 countries to identify the safest and most dangerous places to be born. The annual Mothers’ Index uses the latest data on women’s health, children’s health, educational attainment, economic well-being and female political participation to rank 176 countries and show where mothers and children fare best and where they face the greatest hardships.

Click here to read
Posted by PublicInformationProjects at 03:47 No comments:

Special Report: The Evaluation Of The Paris Declaration (Final Report) 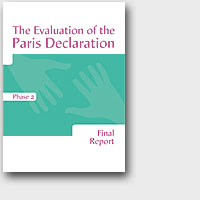 The Paris Declaration on Aid Effectiveness poses an important challenge both to the world of development cooperation in general and to the field of development evaluation. Compared with previous joint statements on aid harmonization and alignment, the Declaration provides a practical, action-oriented roadmap with specific targets to be met by 2010. The number of countries and international organizations participating in the High Level Forum and endorsing the joint commitments contained in the Declaration is unprecedented and reflects a progressive widening of the range of voices in the aid effectiveness debate.

Click here to read report
Posted by PublicInformationProjects at 03:37 No comments: 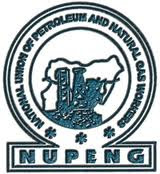 
The Nigeria Union of Petroleum and Natural Gas Workers (NUPENG) is worried and disturbed about the drop in crude oil production in the country since the first quarter of the year 2013.

The union states that it is alarming that the daily crude oil production fluctuates between 1.86 and 2.1 million barrels per day as against the estimated 2.48 million mbpd in the first quarter of the year.

The union wants the federal government to introduce new technology like monitoring sensors and alarm systems that will trigger off whenever any pipeline is being tampered with.

The union believes this will go a long way to check crude oil theft from the pipelines and through effective surveillance with the help of the host communities where these pipelines traverse.

The union notes with dismay that the drop in the last quarter rose to about 1.23 billion (about 191 billion naira) that should have accrued to the federation account.

NUPENG said that the drop in revenue will affect the transformational agenda of Mr. President, which involves provision of power supply, which is yet to be realised, good road networks, which are still in deplorable conditions.

The union adds that crude oil production drop will also affect our external reserve and further compound the issue of abandonment of projects. The union calls on the oil majors and the federal government to create job opportunities for the restless youths in the Niger Delta, so that they will stop bursting pipelines.

The issue of mass un-employment should be tackled with vigor, as it has become a time-bomb, waiting to explode.

The union calls on NNPC and the oil majors to bury very deep into the soil oil pipelines, to make them inaccessible to oil thieves and vandals.

The union adds that oil is the mainstay of the nation’s economy and it must not be allowed to be frittered away by unpatriotic Nigerians and dwindle the nation’s source of income that should be made to give succour to the generality of our people.

The federal government, it states, must also fight corruption in the entire system, in order to make people respect government property and resources.

Posted by PublicInformationProjects at 03:25 No comments: