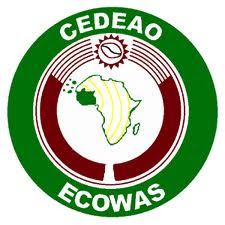 ECOWAS and America’s GE Corporation are to explore areas of cooperation,including in energy projects and infrastructure development to boost regionaltrade integration.

This was a key outcome of a meeting between officials of the ECOWAS Commission and a GE delegation which paid a courtesy call on the Commission’s VicePresident, Dr. Toga Gayewea McIntosh in Abuja on Thursday, 16th May 2013.

Receiving the four-member delegation led by Mr. Karan Bhatia, GE’s VicePresident and Senior Counsel, Global Government Affairs and Policy, Dr. McIntosh, on behalf of the President of the Commission, said the new managementat the Commission was calibrating its priorities for effective balance betweenpeace and security and economic development, to deliver on its mandate.

He explained that the inability of individual countries to harness the region’svast resources makes integration inevitable, and especially through public-private partnerships.

The Vice President named energy, transportation, oil and gas, health care and capacity building, as the potential areas of collaboration and partnershipbetween ECOWAS and GE.

Both sides agreed that the point of entry for this partnership could be throughthe programmes and activities of the Cape Verde-based ECOWAS Centre forRenewable Energy and Energy Efficiency (ECREE) and other non-carbon basedenergy projects, including hydro and solar.

They also agreed that potential areas of engagement could be through tradeexpansion and integration leveraging on the Commission’s investment friendlypolicy and investment code, which will soon be finalized.

On oil and gas, Dr. McIntosh said the extension of the West African GasPipeline Project to more ECOWAS Member States is in progress and GE would beinvited to join other partners if the need arises.

In his opening remarks, Mr. Bhatia said that GE shared ECOWAS’ goals onregional integration, which are in consonance with the company’s shift in focusin the past five years to infrastructure, including the manufacturing andconstruction of power generation plants, health care equipment suited to theWest African market, as well as aviation assets, and oil and gas.

For GE with an asset base of US$160 billion, “it is not just about market and trade, we are also involved in human capacity development,” he said, addingthat this was necessary to create the requisite indigenous capacity that willdrive economic growth and regional integration.

Both sides agreed to follow up discussions on the areas of cooperation and mutually beneficial partnerships.

Mr. Bhatia is on a two-day visit to Nigeria for talks with various business leaders and stakeholders in the country.

On the ECOWAS side were Mr. Alfred Braimah, Director, Private Sector, and officials from the External Relations and Communication Director

Released By ECOWAS Department Of Information.
Posted by PublicInformationProjects at 09:05 No comments:

Posted by PublicInformationProjects at 07:45 No comments: