Photonews: Ready For The Nigerian Insurgents


Posted by PublicInformationProjects at 12:04 No comments:

Posted by PublicInformationProjects at 11:42 No comments: 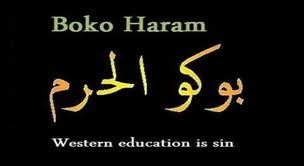 Credit: Reuters
Nigeria offered an amnesty on Sunday to Islamist militants who surrender and said 17 people had been killed on the fifth day of a military operation to try to crush the Boko Haram insurgency in the northeast.
In their biggest offensive since the insurgency began in 2009, Nigerian forces are trying to chase well-armed militants out of territory they control in remote semi-deserts around Lake Chad, along the borders with Cameroon, Chad and Niger.
They are also pursuing Boko Haram in northeastern cities such as Maiduguri, Borno state, where the sect has cells. A heavy military presence patrolled Maiduguri on Sunday, with checkpoints choking what little traffic there was.
Nigeria's defense spokesman Brigadier General Chris Olukolade said the operation was continuing on Sunday, with patrols sent out to secure towns and villages, and that special forces had killed 14 insurgents in battles that left three Nigerian soldiers dead and seven wounded.
President Goodluck Jonathan declared a state of emergency on Tuesday in the states of Borno, Yobe and Adamawa. The operation has targeted areas of Africa's top energy producer where Boko Haram, which is fighting to create a breakaway Islamic state in religiously mixed Nigeria, has bases and weapons caches.
Nigerian forces used jets and attack helicopters to bombard militant camps in the northeast on Friday.
Some analysts fear the offensive may have rendered the already slim chance of a political solution to the conflict even slimmer, but the president's spokesman Reuben Abati denied this. Jonathan set up a committee to work out the terms of a possible amnesty for Boko Haram members last month.
"Mr President has urged Boko Haram members to surrender their arms and embrace the amnesty option, which is still open as the committee is working on the option of dialogue for a peaceful resolution," Abati said by telephone.
An amnesty for militants in the oil-producing Niger Delta in 2009 helped end a conflict there that cut oil output by nearly half at one stage. But Boko Haram leader Abubakar Shekau rejected the offer of amnesty last month.
EU Concern:
At a meeting of ministers from Nigeria and the European Union in Brussels on Thursday, the EU voiced concern that military action could be counterproductive if it was so heavy-handed that people were alienated, EU foreign policy chief Catherine Ashton said. The EU had urged the military to respect human rights, she said.
Human rights groups and the United States are also concerned about possible abuses against civilians by the army.
Phones have been largely cut to the entire northeastern region, to prevent the rebels communicating.
"The insurgents have people who look out and tip them off by phone, which opens the military up to ambushes. Without phones, raids will have the element of surprise," a security source in Maiduguri said, adding a 24-hour curfew in some areas also aimed to limit their movements.
"It will be painful for the public without communications and movement, but it may be a price worth paying," he said.
In Adamawa state, 150 soldiers out of an expected extra 1,000 arrived, military spokesman Lieutenant Jaafaru Nuhu said.
The military says it has destroyed a number of camps in dry forests around Borno state, the epicenter of the insurgency and a region that once hosted one of Africa's oldest medieval Islamic empires, founded on trade connecting the continent's interior with its Mediterranean coast.
"Dislodged terrorists (are) in disarray," Olukolade said.
The crackdown is meant to finish off the rebels decisively, but efforts to do so in the past have failed, as they hid when under pressure and then popped up again when it eased.
President Jonathan, a Christian southerner, had been accused of not taking seriously enough the violence in the largely Muslim north, where some fear Islamist insurgents allied to al Qaeda could take over large swathes of territory, as they did in Mali before French-led troops ejected them this year.
After being pushed out of city centers, the Islamists had been re-arming this year, drawing on weapons still flooding into the West Africa region in the aftermath of Libya's conflict.
An attack on the town of Bama by 200 Boko Haram militants armed with anti-aircraft guns this month killed 55 people, and it may have been what finally prompted Jonathan's declaration.
Posted by PublicInformationProjects at 01:43 No comments: