Speech: “Today The Governors Have Spoken With One Voice”------Governor Amaechi

(Being Speech By Governor Chibuike Rotimi Amaechi After His Re-election As Chairman Of Nigeria Governor’s Forum)
Today our democracy was tested and proven. Democracy is about participation. The aim of democratic governance is for everyone to partake in winning. Today the governors have spoken with one voice reaffirming our faith in democratic governance as the hope of Nigeria’s future.
I must thank my colleagues for their tenacity and determination to ensure the unity of the forum but more importantly of our nation. We remain committed to supporting our leader, the President and commander in chief of the armed forces of the Federal Republic of Nigeria, His Excellency, Dr. Goodluck Ebele Jonathan to realize the development dream of all Nigerians by reducing tension, uncertainty and insecurity in our beloved country.
We want to pledge our steadfastness and resolve working alongside Mr. President to better the lives of our people as we render transparent and accountable stewardship.
Finally our thanks go to all those who have patiently endured these times especially our constituents and members of the fourth estate of the realm who have followed these elections with keen interest. We promise that we will not betray the confidence you have reposed in us.
Rt. Hon. Chibuike Rotimi Amaechi, CON,
Governor,


Rivers State.
Posted by PublicInformationProjects at 12:14 No comments: 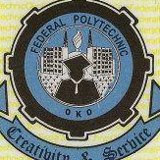 The Campaign for Democracy (CD), South-East region has warned the Federal Government of Nigeria (FGN) over re-appointing Dr. Anene Uzuakpunwa as Chairman of the Governing Council of Federal Polytechnic, Oko in Anambra State.

This was contained in a statement issued to news reporters in Awka, Anambra State capital  today.

``During his last tenure as chairman of the governing council, Uzuakpunwa and the management of the Polytechnic were often at loggerheads over award of contracts and allowances for committee members’ sittings”.

``The Council he led had meetings thirteen times in a year, instead of the approved four meetings. He however, collected allowances for all the frivolous sittings”. CD complained.

CD revealed that the former Council Chairman is above 70 years of age and should bow out for younger persons.

CD insisted that the Federal Government should appoint young and able persons in order to check the looming break-down of law and order in the Institution, since the students and officials have opposed the former Chairman's re-appointment.

“The Federal Government should start looking around for a creditable, dedicated governing Council Chairman”. CD reiterated.

CD  finally warned that it would liaise with other stakeholders; Association of West African Students Union (AWASU) and National Association of Nigerian Students (NANS), to embark on a protest, if the Federal Government does not respect the views and wishes of the people.
Posted by PublicInformationProjects at 09:12 1 comment:

Posted by PublicInformationProjects at 01:48 No comments: