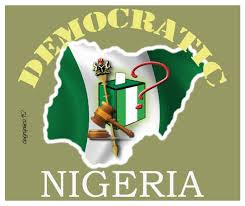 The United Action For Democracy [UAD]; is a Pan-Nigeria historic coalition of citizens’ organisations; a central social formation in the anti military and pro democracy struggle that led to the birth of this present republic; a core member of the Labour Civil Society Coalition which coordinated our most recent epochal January Uprising; and an integral component and driving force of the mass social movements and popular struggles in our country.

The UAD conscious of the price in blood, sweat, and limbs paid by ordinary Nigerian citizens in the struggle to end military dictatorship and democratise all facets of our national life, is appalled by the current state of the nation; the progressive decline in the quality of governance and the management of our polity and collective resources since the 1999 return to civilian rule.

We observe that over the past fourteen years, the only area where our politicians have demonstrated expertise and competence is in the area of treasury looting and political brigandage; a competence and level of expertise that has now brought our nation to the brink of a catastrophic collapse!

While according to this ruling class GDP has consistently grown at over 6% annually, yet inspite of this growth, poverty has also increased tremendously from 54% in 2000 to 69% in 2012; and so also has unemployment – now almost 30% [particularly youth unemployment – now almost 50%], homelessness and misery. And rather than build homes for the homeless, support the livelihoods of the poor, and improve access to basic services; governments at all levels and of all parties have together persistently demolish the homes of the poor, evict the poor from cities, criminalise the livelihoods of the poor, harass the poor when they are going about eking out meager existence, and generally make life and living more difficult for ordinary citizens.

With specific reference to the scale of insecurity and armed violence and insurgencies across the country; the scale and scope of the quantitative and qualitative increase in poverty; and the shamefully and dangerous dilapidated nature of basic infrastructures and services; we know that this sorry state of affairs has arisen as a result of the combination of the ineptitude of the ruling class, and the direct implication of politicians in the competitive arming of youth groups and sponsorship of armed groups and armed insurgencies. We also know that the increasing poverty levels, and the rapidly declining levels of basic social services and infrastructures, despite the increasing levels of national wealth generated by our collective sweat, and the truly humongous scale of public investments over the last 14 years, has been a direct consequence of the greed, monumental corruption, and rapacious scale of treasury looting perpetrated and perpetuated by this thieving elite bands in power serially gang raping our nation.

With level of human and natural resources we are endowed with as a nation, there is no reason why any Nigerian should live in and live with poverty. We therefore call on all ordinary Nigerians to get ourselves readied and prepared for a strategic return to the barricades, with the aim and goal of Reclaiming our Humanity, as we take our destinies back into our hands and Take Back Nigeria! It is our country, let us collectively take it back from these bands of treasury looting gangsters who have turned our country into a giant battle ground as they wage low intensity proxy wars in their quest for exclusive access to pillage our collective wealth.

If we must change our destiny in the 2015 general elections, we must begin to organise ourselves now; and we must not allow ourselves to be used as canon fodders by the various factions of the ruling class as they battle themselves for the right to repress us and loot our resources.
The Future Starts Now!

Posted by PublicInformationProjects at 12:19 No comments:

News Release: Before We Are Pushed Into The Abyss

Precisely a year ago, we had observed the sorry state of the situation of our country, how precariously close to the brink of autarky we have been brought by this historically inept, incompetent, greedy, gluttonous, light fingered, treasury looting ruling class of ours.

We had observed then that the salvation of our country, its national liberation from imperial and global domination of capital; and the collective social self emancipation of the our people, depends on the organisation and mobilisation of qualitatively new political platform, to Take Back Nigeria from these Vagabonds In Power.

Alas everything that has happened in the last one year has further aggravated rather than mitigate the situation. Poverty continues to grow in leaps and bounds [now up to 70%, up from 54% in 2000]; unemployment continues to rise steeply [now about 35% in the general population, and about 50% among youths]; while hopelessness and homelessness continue to be the lot of the teeming mass of our people.

Yet it is instructive to note that as a federation in all of the 14 years of the gluttonous pillage of this ruling class, more than N100tn has accrued to the country in revenues and has been supposedly expended in public investments in combined annual budgets at Federal, State and LGA levels! But inspite of these truly humongous levels of revenue and public investment, the condition of living and existence of ordinary citizens have declined steeply, and life has become truly brutish for the growing numbers of poor and exploited working peoples.

And rather than implement policies to mitigate these conditions, the ruling class at all levels of governance and regardless of their political party affiliations, have continued to make life and living more difficult for us; demolishing the communities of the poor and evicting them from their homes, criminalizing the livelihoods of the poor and harassing them as they seek to make a living; while helping themselves to very generous portions of our collective wealth and looting the treasury blind at all levels.

This rapacious thieving ruling class and its numerous factional bandit gangs has truly become the most significant obstacle to the welfare of our people, the health of our democracy, the all round growth and development of our economy, and the stability of our country.

As a ruling class it is collectively implicated in the monumental and truly historic levels of corruption [at 50% of annual budgets, and more than 50% of extra budgetary finance/resources]; as well as in the epochal scale and scope of national and individual insecurity.

Its pillage of our wealth [at a conservative Theft Rate of over 250bn Naira per month] is such that as a country we now have one of the highest levels of gaps between the reach and poor [with the top wealthiest 10% of the population owning 41% of national wealth, while the bottom 20% of the population only own 4% of national wealth]; Furthermore its direct complicity in the level, scale and scope of armed violence and insecurity in the country is such that as a class, it is implicated in the direct organising and arming of youth groups as political private armies in their deleterious and harmful competition for access to our national wealth and the levers of looting and pillage.

It has therefore become even more incumbent on us as a people and as citizens, the victims of their misrule and treasury looting, to get ourselves organised, turn our grief into anger, and convert our anger into political action. It is up to us to organise new political platforms independent of this ruling class and its various factions, and also autonomous of individual politicians and Godfathers.

This Nigeria Ruling Class cannot lead the process of radical transformation of our country; none of its factions can undertake a national development program that will have at its core a redistribution of wealth that will ensure a more equitable distribution and access to collective wealth.

The national liberation of our country from global capitalist dependence, and the social emancipation of our peoples require a truly grand, historical, and radical social program in scope and scale. It requires such a level of radical rupture from our present that only truly autonomous social forces can implement it.
And as the 2015 general elections approach, we fear that the level and scale of treasury looting and insecurity will increase, endangering national unity and stability.

We call on all Nigerians to join us in rejecting this vision and program of doom for Nigeria by its ruling class; and collectively organise an alternative political platform to Take Back Nigeria.

The Campaign for Democracy (CD), South-East region has urged the Federal Government of Nigeria to invite the Economic and Finance Crimes Commission (EFCC) to investigate the shady deals going on at the various water projects supposedly executed by the Anambra State Government.

``Till today, none of the water schemes claimed to be executed by the present administration in Anambra State is serving the people to justify the multi-billion naira spent ,’’ CD said in a statement.

The statement, which was issued to news reporters in  Awka, Anambra State, was signed by Dede Uzor A. Uzor, Chairman, CD, South-East Region.

``EFCC should investigate the multi-billion water projects executed by the Gov. Peter Obi-led administration, most of them are performing below average", CD emphasized.

The group also advised EFCC to wade into a plan to hand-over the World Bank assisted multi-million naira Onitsha Greater Water Scheme to a contractor named Paul-B, using a new corporate name BIRSA, to convert the water scheme to a personal property under the guise of the Private-Public Partnership (PPP) initiative without the real stakeholders being involved.
Posted by PublicInformationProjects at 08:19 No comments:

Posted by PublicInformationProjects at 01:51 No comments: 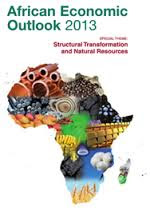 The outlook provides comprehensive and comparable data and analysis of 53 African economies. Each country profile is generated by an expert from a partner institution who meets with and collects data and information from the most important stakeholders in each context. These include:  authorities in the Treasury, Offices of Statistics and Planning; members and representatives of the private sector such as banks, the Chamber of Commerce and large companies; NGOs, trade unions, journalists and donors.  They then produce a comprehensive analysis of the recent developments and undertake original projections for the near future.

African Economic Outlook is the only resource on Africa which employs a cross-country, macro-economic framework, allowing for comparative analysis both over time and across countries. It also undertakes in-depth studies of sectors critical for the continent’s development.  Beyond the country outlooks, you will find important resources such as ongoing research, news and events.