Posted by PublicInformationProjects at 12:20 No comments: 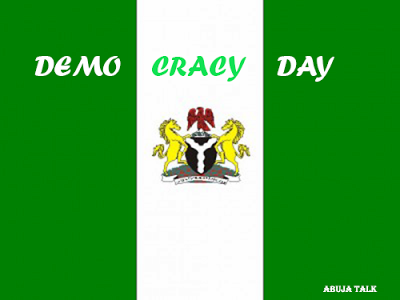 Let us begin by setting the context. The present GEJ regime has been in power for more than three and a half years - more than 6 months as Acting President + One year spent to complete the joint Yar'Adua - Jonathan term + the two years since GEJ's election.

Now to the Alternative Score Card after 14 years of ravaging pillage:
·In 14 years we have MANAGED to ‘improve’ power/electricity generation’ from about 2,000MWs in 2000 to roughly around 4,000MWs in 2013; and this is after the investment of more than $25bn! Let us not forget that the target since 2006 has been 6,000MWs! [Where has the huge investment disappeared into? Private pockets!]

·In 14 years, with more than N1tn investment in roads and other durable infrastructures there is still no federal road that is not in need of urgent maintenance or rehabilitation. Add to this, neither the East-West nor the Abuja – Lokoja Highways have been completed!

·In 14 years rather than facilitate enabling environment for job creation; the ruling political elites have instead presided over a situation where unemployment has continued to grow tremendously hovering around 28% in the general population, and around 45% among youths as of 2012!

·In 14 years we have so run down basic services and facilities that Nigerian elites now spend a combined total of more than N1tn annually on healthcare and education of their children overseas/abroad. A recent report of an assessment team on the state of tertiary education in Nigeria [June 2012] found gross decade across the board and concluded that none of our tertiary institutions qualifies to be so called given the quality of infrastructure as well as the quality of personnel, and therefore the quality of learning taking place in those institutions!

·In 14 years we now have scattered across the country, approximately 12,000 abandoned Federal projects, at a combined cost of N7.7tn and for which N2.2tn had already been paid in mobilisation fees!

·In 14 years although the economy/GDP has grown consistently at more than 6% annually [one of the highest rates in the world; global and continental average being around 3% and 5% respectively]; nevertheless there has been no commensurate impact on the lives and living conditions of the people; so much so that industrial capacity utilisation has remained consistently below 40%; the cost of doing business has increased consistently leading to shut down of more than 1,000 major enterprises and the loss of more than 1,000,000 jobs!

·In the course of these 14 years, despite between $10 and $15bn investment in Turn Around Maintenances for the 4 ‘truly moribund domestic refineries’, we continue to depend entirely on imported refined products, creating room for the sleaze in the lucrative oil subsidy regime. So for example from a figure of the average of 30 million liters of PMS imported daily in 2010, with a subsidy cost of N600bn, we jumped in the course of one year to the average daily importation for refined PMS of 60 million liters, at a subsidy cost of 2.7tn in 2011! A figure which after the January Uprising of 2012 has since dropped to 40 million liters per day in 2012 and an average of 38 million liters per day in 2013 so far! Furthermore, while the NNPC claims that domestic refineries are now refining a combined 10 million liters per day of PMS, the PPPRA insists that it is not aware of this and has no record of the delivery of this domestically refined product into the nation’s supply system. If this were to be properly accounted for, we ought only to be importing and paying for just about 28 million liters per day of PMS!

·In 14 years corruption/treasury looting/pilfering of the collective coffers has grown so much that it has become truly pandemic and a major obstacle to national development and improvement of citizen welfare. By some accounts, between June 2010 and June 2012, the nation lost a whooping N5tn to corruption; that is at an annual Theft Rate of N2.5tn [almost twice the size of the annual federal capital vote], and a Monthly Theft Rate of nearly N220bn [more than the individual annual budgets of several states and several federal ministries].

·In 14 years rather than mitigate the harrowing experience of the poor, the ruling elites have instead aggravated their conditions: Poor peoples’ homes and communities have been demolished across the country [FCT, Lagos, Rivers, Nasarrawa, etc], while poor citizens have been evicted without alternatives; Similarly livelihoods of the poor have and continue to be criminalised by governments at various levels, with the poor suffering demolition of their livelihoods stands, and harassments while trying to earn a living – Okada and bus driver bans, harassment of hawkers, etc.

Finally it is important for ordinary Nigerians to understand that these Thieving elites are interested in power, and are governing only in their own selfish and gluttonous interests; and that in reality Our Destiny Is Truly In Our Own Hands!

Our duty to ourselves and to posterity is to become active citizens, get ourselves politically organised independently of the parties of these thieving lots, and Take Back Nigeria. It is our country, let us Take It Back!

Posted by PublicInformationProjects at 12:01 No comments: 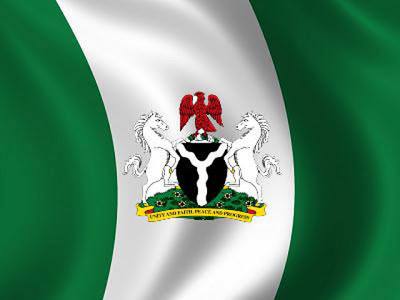 Credit: News Agency Of Nigeria
Nigerians have called on the Federal Government to tackle corruption, election malpractice and power outage to free the country from some of its current challenges.
Nigerians, who expressed their views on the anniversary of democracy in Nigeria, identified challenges militating against the development of the nation’s democracy.
In separate interviews with the News Agency of Nigeria (NAN) in Lagos, Jos, Lokoja, Abeokuta, Kano, Katsina, Ilorin, Eket, Jalingo and Osogbo, Nigerians noted that there were many things to celebrate in the nation's 14th anniversary in spite of some challenges.
Dr Lawal Abdurrasheed, a lecturer at Umaru Musa Yar’adua University, Katsina, said corruption and election malpractice were responsible for increasing poverty, unemployment and insecurity in the country.
He stressed the need for stakeholders in the electoral process to ensure credible elections in line with the Federal Government's agenda.
Alhaji Mustpha Inuwa, a prominent politician in Katsina, also said that ‘’unless election malpractice was addressed, democracy in Nigeria might not progress’’.
He urged electoral bodies and other stakeholders to ensure acceptable, free and fair elections for the development of democracy in the country.
Mrs Julian Wogu, an educationist, told NAN in Port Harcourt that it was necessary to make adequate plans for youth empowerment for nation’s democracy to succeed.
Wogu lauded the inception of democracy in the country since 1999, saying that the journey from the military era to the current regime was a good thing that happened in the history of Nigeria.
A cross section of others that spoke with NAN urged government to address the issues of youth empowerment, insecurity and poverty.
However, the Peoples Democratic Party (PDP) and the Action Congress of Nigeria (ACN) in Osogbo expressed divergent views on the celebration of May 29, as Democracy Day in the country.
Alhaji Ganiyu Ola-Oluwa, Chairman, Osun chapter of the PDP, who upheld May 29 date, said all Nigerians, regardless of political divides, should always strive to protect the nation’s democracy.
''The worst form of democracy is better than any military arrangement. Although Nigerians want more out of democracy, there is the need to appreciate the progress made so far,” Ola-Oluwa said.
Mr Adesoji Masilo, state Financial Secretary of the Association for Collaborating Political Parties (ACPP) in Osun, also expressed support for Democracy Day in spite of challenges.
“We have moved from the zero point. Nigerians have reasons to mark democracy day on May 29.
“I only want to charge voters to always vote wisely, understanding the power in their vote,'' Masilo said.
In Lafia, a former member of the National Assembly representing Keffi/Kokona federal constituency, Alhaji Ahmed Wadada, said the journey so far had been impressive.
He said some milestone had been achieved in spite of the enormous challenges facing the system.
Also, a senior lecturer in the department of Political Science, Nnamdi Azikiwe University Awka, Dr Collins Okafor, commended the Federal Government for its resolve to ensure that peace and security returned to all parts of the country.
Okafor lauded the improvement in the budgetary allocation to the education sector.
“Generally it has been a great democratic experience, despite the challenges, government has applied the best approach to peace process in the country,” he said.
Alhaji Tahir Fadallah, Chairman of the Kano Lebanese Community, said various changes had occurred in Nigeria than expected, adding that Nigerians should exercise more patience with their leaders.
He said that democracy strived in all ramifications, saying that programmes that would create more jobs for the youth would move the nation forward.
In Jalingo, Akure, Lafia, Gombe, Bauchi, Makurdi, Birnin Kebbi, Port Harcourt and Awka, a number of Nigerians expressed the belief that standard of leaving had been raised across the country.
Most respondents also urged the Federal Government to initiate more reforms that would assist to create more jobs for the youth and upgrade the nation's infrastructure.
Mrs Charity Green, Taraba Commissioner for Women Affairs and Child Development, said democracy had led to the enactment of the child’s right law, seeking to improve the lives of our children.
She said children were vital part of every society, hence the need to come up with policies and programmes to assist them grow as responsible future leaders.

Videonews: May 29th In History