Posted by PublicInformationProjects at 12:29 No comments:

The party of Equatorial Guinea President Teodoro Obiang Nguema has overwhelmingly won last week's local and parliamentary elections, the presidency said Sunday, in a widely expected victory for Africa's longest-serving leader.
Obiang's PDGE party claimed "an absolute majority in all districts", the presidential office said in a statement, without giving detailed figures for the May 26 polls.
The polls have been denounced as a sham by the opposition in the small central west African nation, the continent's third-largest oil producer, which has been under Obiang's iron-fisted rule for 34 years.
The statement added that the opposition Convergence for Social Democracy (CPDS) party took just one seat in the lower house of parliament, one in the Senate and five local council seats.
In the political capital of Malabo, the PDGE won nine out of the 10 seats in the National Assembly, five of the six Senate seats and 12 out of 13 council seats, it added.
CPDS spokesman Andres Esono Ondo charged that the "results are fabricated by the PDGE which is characterised by fraud".
"The results were known already in advance. As long as Obiang is the president of the republic and president of the party, this country won't have democracy," he said.
Before the vote, the PDGE had grouped almost all of the country's political parties under one coalition umbrella, leaving only two parties in the opposition.
The polls marked the first time voters were electing senators.
The parliamentary and local elections took place following constitutional reforms which included the creation of a Senate and the post of vice president. Changes also included limiting presidential terms to two.
It is not clear whether the law is retrospective, and if Obiang will have to step down at the end of his term in 2016.
The 71-year-old Obiang came to power in the former Spanish colony after toppling his brutally despotic uncle in 1979 and having him shot.

Posted by PublicInformationProjects at 11:59 No comments: 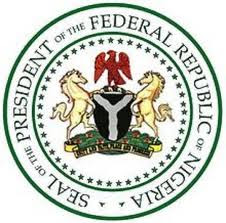 The Presidency is constrained to state once again that there is no truth whatsoever to rehashed reports in the media today that President Goodluck Jonathan intends to order a probe of the Obasanjo Administration because of the former President’s “constant” criticisms of the Federal Government.

President Jonathan remains fully focused on the urgent tasks of assuring peace, security and stability across the country to create the right conditions for rapid socio-economic development and will not be distracted from this objective by futile attempts to drive a wedge between him and other respected elders and leaders of his party.

The President has nothing but the greatest respect for Chief Obasanjo’s very notable contributions to national growth and development over many years and far from taking offence or seeking retaliation, will always welcome objective criticism and advice from the very highly-regarded elder statesman.

What is more, President Jonathan regards his Administration as a continuation of the unbroken chain of PDP-led governments started by Chief Obasanjo in 1999 which have worked tirelessly to entrench democratic governance and achieve rapid socio-economic growth in the country.
Rather than order a pointless probe of his predecessors, he will continue to do his utmost best to build on the solid foundations for national progress laid under previous PDP administrations.
Speculations and suggestions of an impending probe of the Obasanjo Administration by President Jonathan are therefore nonsensical and should be dismissed by all right-thinking Nigerians as the product of the fertile imagination of mischievous political jobbers.

Posted by PublicInformationProjects at 11:51 No comments:

News Release: Celebration Of Failure And Official Recklessness In Nigeria 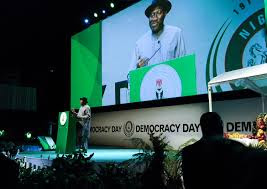 Christian Foundation for Social Justice and Equity and United Action for Democracy, North Central Zone condemned in strongest terms the undemocratic, uncivilized and autocratic posture of Governor Jonah Jang of Plateau State parading himself as the Chairman of the Nigerian Governor’s Forum (NGF) and profligacy of the Plateau State Ministries, Departments and Agencies who have been recklessly using Plateau Tax Payers’ money for advertisements on different media to congratulate and celebrate the illusive pyrrhic victory .

It would be recalled that Jonah Jang contested the Chairmanship of the Nigerian Governors’ Forum against Governor Rotimi Amaechi of River State and lost the election with 16 votes to Governor Amaechi’s 19 votes according to the result announced by the Director General of the Forum who served as the Returning Officer for the election and as viewed in videos posted on various social media. We are however taken aback by Jang’s declaration of himself as the elected or selected Chairman of the NGF even shamelessly desecrating it as an “act of God”.

It is very worrisome that highly tribalistic people like Jang whose government policies and programmes are tailored along tribes and ethnics which is evidenced in the over ninety percent difference in the school fees being paid by Plateau State indigenes and non-indigenes; a Governor whose tenure has been plagued with incessant strikes by distinct labour unions especially in the sectors like education, health, local government etc. A Governor who dissolved democratically elected Executive Chairmen, the executive members and legislators of the 17 Local Government Areas of the Plateau State and appointed Caretaker Committees without conducting election for over a year; a Governor that has failed to pay many civil servants in the state and threatens labour unions that the state government will enforce “No work, No pay rule” if the unions failed to call off industrial strikes; a Governor who has been alleged of contributing to the prolonged ethno-religious crises in the state.  Definitely Nigerians does not want a Governor of these characteristics as the Chairman of the NGF even without the humiliation at the election.

In the same vein, we consider President Goodluck Jonathan’s Mid-Term Report as a Mid-Term failure. The nation was told that Nigeria has fastest growing economy in the globe and that the Gross Domestic Product (GDP) has increased in the last two years of his government yet chronic poverty has increased geometrically. Investors are afraid of coming to invest in Nigeria as a result of the security problems, our roads remained a death trap for users and the air is neither safe, power supply is still epileptic and our mothers and their children continues to die at birth. Corruption has been institutionalized under Mr. President’s watch. May 29 should be a Democracy Day celebration and not the present mere civil rule celebration.  It should be a day to celebrate achievements and not using state money to celebrate failure.  No sector in Nigeria fared better.

We therefore call on Mr. President to as a matter of urgency address the social inequality and widening gap between the rich and the poor of Nigerian masses which is a direct effect of corruption, unemployment, high inflation, insecurity, illiteracy, government wastage, pipeline vandalism, poor power supply, labour strikes and unstable economy and stop celebrating utter failure.

We also urge Governor Jonah Jang to stop parading himself as the Chairman of the Nigerian Governors Forum and be bold enough to accept defeat and honour the democratically elected Governor Rotimi Amaechi as the Chairman of NGF while calling on Nigerians to defend our country’s nascent democracy.

Posted by PublicInformationProjects at 04:38 No comments:

Country Reports on Terrorism 2012 is submitted in compliance with Title 22 of the United States Code, Section 2656f (the “Act”), which requires the Department of State to provide to Congress a full and complete annual report on terrorism for those countries and groups meeting the criteria of  the Act.

Click here to read report
Posted by PublicInformationProjects at 03:47 No comments: