Posted by PublicInformationProjects at 12:42 No comments:

Opinion: The Co-Habitation Of Extreme Wealth And Extreme Poverty In Nigeria 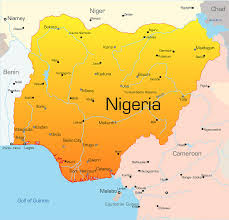 I have been recently reading a report which depending on how you look at it, could be said to be a sad development or joyous news!

I am sure many of us like me have been treated to snippets and details of the most recent report from Forbes on the wealth of the wealthy! Interesting isn’t it, how the substance of economics ‘used’ to be about the ‘wealth of nations’ or conversely the ‘poverty of nations’; and of course along with this, the contrast between this national wealth or poverty and the status and conditions of individual citizens! But alas now the voodoo economics of world leaders [including our own leaders] celebrates individual wealth [the more stupendous, the greater the celebration], while disdainfully dismissing poverty of the immense majority, even criminalizing the poor and blaming the poor for his poverty.

So it is now officially confirmed that Nigeria’s and Africa’s richest man has become the first African to be worth more than $20bn making him to become the world’s 25th richest person!

There are quite a number of historic and monumental ironies involved here; first it was only in 2008 that he entered the Forbes’ record of global $ billionaires with a wealth of $3.1bn. And now over a period of less than 7 years, that wealth has increased more than 600 fold to more than $25bn with $19.5bn of those coming from the worth of his 93% stock in one company - Dangote Cement alone; an irony!

Another irony lies in the fact that this personal wealth of over $25bn is more than 50% of the total [combined] external savings [external reserves + excess crude account] of the country, Nigeria, at just about $50bn!

A far greater historic irony, is not only that this contrasts sharply with the fate of more than 112 million [69%] fellow Nigerians living in poverty; but also that this phenomenal growth in personal wealth has occurred over a short period of 7 years; in the context of increasing national wealth; consistently high GDP growth rate; increasing joblessness and homelessness; and astronomical increase in the scale and scope of corruption.

Some may be tempted to celebrate that a Nigerian has ‘achieved’ this ‘uncommon feat, this uncommon personal transformation’, I instead will query how it is possible for such phenomenal growth in individual wealth should be possible in the midst of equally phenomenal and historic growth in mass poverty, and steep deterioration in the conditions of living of a majority of citizens.

One can say on the basis of the foregoing that this generation of stupendous individual wealths at one extreme, while mass producing generalized poverty of the immense majority at the other extreme, has been the most significant cumulative outcome of the policies of governments and the ruling class presiding over them over more than 5 decades [52 years] of ‘flag’ independence!

What kind of society is this where the individual wealth of a few citizens, counted in their tens, maybe hundreds, can pay off in one single transaction the total national debt [currently standing at $7bn] of their country?

What manner of transformation agenda is this [bearing in mind that this phenomenal accumulation of wealth began from 2008]; that ends in such historic transformation in the scale and scope of inequitable distribution of national level?

How viable can a state [national state; state in national, country context] be, if the individual wealths of certain persons is such that it accounts for significant percentages of national forex savings? How can national security [it is already obvious in the wide disparity between the rich and the poor that human security has long been undermined] be guaranteed in the medium to long term, when the end result of national economic policy formulation and implementation is the production of oligopolies, and the emergence of oligarchs whose personal wealth rivals that of their country?

What more proves do we need to establish the fact the impoverisation of the majority is the condition for accumulation of stupendous individual wealth?

This is the clearest indication yet that the Nigeria thieving, light fingered, treasury looting Ruling Class/Elites, have ruled, and continue to rule, solely and exclusively in their own greedy and gluttonous interests.
It is the most significant indication of the fact that our national salvation and social emancipation can neither emanate nor be led by this thieving lot!

It is why we must urgently organise and mobilise ourselves politically, autonomously of their parties [mere platforms for treasury looting], and independently of individual ‘GodFathers/Mothers. It is the only way we can take our destinies into our own hands, and Take Back Nigeria.

Posted by PublicInformationProjects at 11:08 No comments:


Posted by PublicInformationProjects at 04:46 No comments:

Recently, the father of the Imo State Deputy Governor H.R.H Eze Henry Madumere was coroneted as the traditional ruler of Achi Mbieri in the Mbaitoli L.G.A. of Imo State. The occasion which was held at the monarch's Achi-Mbieri home town was well attended.

However, it was a very nauseating sight when the son of the celebrant who is the current Deputy Governor of Imo State Prince Eze Madumere (MFR), in an unreserved excitement, was seen spreading some naira notes on some women who were dancing at the occasion.

However, this act which is supposed to be a criminal offence would not have been noticed by many who did not attend the ceremony except for the publication of some of the photographs of the event in the print media which included a photograph where the Deputy Governor was spreading money on some women.

When I first saw the said picture where the national honoree was spreading some naira notes on the back page of 27th -28th May Edition of one of the owerri based newspaper, I could not believe my eyes. Consequently, I put a phone call to the person who is presently acting as the chief media assistant to the Deputy Governor Mr.Uche Onwuchekwa and he confirmed that he sent and sponsored the photograph to the media.

Interestingly, Section 21 of the Central Bank of Nigeria (CBN) Act 2007 provides as follows:

(1) A person who tampers with a coin or note issued by the Bank is guilty of an offence and shall on conviction be sentenced to imprisonment for a term not less than six months or to a fine not less than N50,000 or to both such fine and imprisonment.

Subsection (3) of the same act further provides that:

For the avoidance of doubt, spraying of, dancing or matching on the Naira or any note issued  by the Bank (CBN) during social occasions or otherwise howsoever shall constitute an abuse and defacing of the Naira or such note and shall be punishable under Sub-section (1) of this section.

Regrettably, the vigorous campaign by the CBN against subjecting the Naira to various abuses seems to have fallen like water off a ducks back across many areas in the country. The culture of spraying new naira notes at social ceremonies resulting to squeezing and trampling has remained a recurring scene at major events in the country. The abuse of the naira even by highly placed government officials in many locations in the country seems to justify public fear on the failure of the CBN campaign.

In spite of the warnings, the abuse of the Naira has never ceased. At social ceremonies, people are still seen spraying new Naira notes like unguided missiles on people.

In a recent ceremony I attended, many guests bluntly ignored the earlier plea by the organisers for cash envelopes to be dropped in a basket provided for the purpose. Rather, they took to the dancing floor armed with bundles of crisp notes, and as if in competition for the highest giver, left large volumes of crumpled notes on the dusty floor.

On a more serious note, if highly placed leaders in our society like a state Deputy Governor could jettison the law which he swore to uphold, I wonder the rationale behind the law against spreading of Nigerian currencies in public functions.
The irony is that I am yet to see one single person convicted on the above criminal provision which is more obeyed in violation.

Laws are meant to be obeyed. However, the Sociological School of jurisprudence advocates that obedience to laws is highly influenced by enactment of laws that are in line with culture of a particular place.

Therefore, it is my opinion that if the above section of the CBN Act is not being accepted and complied with, it should be repealed for laws are meant to be obeyed and not otherwise.

Posted by PublicInformationProjects at 04:06 No comments: