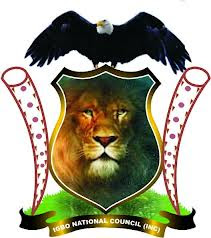 Igbo National Council (INC) listened with great surprise, the claims of President Goodluck Jonathan in his Minister of information Hon. Labran Maku in their midterm report address to Nigerians.

1. While we greatly appreciate the achievements of President Jonathan in combating terrorism in Northern part of the country, we do also wish encourage him and declare our support for him in the fight against terrorism in Nigeria.

In view of the above, we urge the Federal Government to set-up a Special Panel to try and bring to book all security operatives who are found leaking information to terrorist groups. The leak of information to terrorist groups by security operatives or any citizen of Nigeria most be viewed as sabotage and threat to National Security and most not be condoled by the government but give the appropriate punishment to the culprit.

2. We note with dismay the claims of President Jonathan led administration on their achievements on Direct Investment, Youth Employment etc. these claims contradicts the realities on the ground. We wish to advice Mr. President to take pro-active steps on the area of Power Generation and Distribution as this is the main driver of the economy.

3. On The 2015 Nigeria President: The Igbo National Council (INC) in its last National Executive Council (NEC) meeting held in Asaba, Delta State on Sunday, June 2, 2013, the Council Constituted a Seven Man (7-man) High Powered Special Contact Committee with mandate to meet with the leadership of the Northern Elders Forum (NEF), the Arewa Consultative Forum (ACF) and other similar groups in the country so as to work out terms of cooperation and persuade them to see the reasons there is urgent need for them to support the initiative and campaign for a Nigeria President of Igbo Extraction in 2015.

4. The Council’s National Executive Council (NEC) also resolved to organize an all embracing Igbo Political Summit by September 2013 to unveil the criteria for acceptance of candidate for the Presidential Race in 2015.

On 3rd June 2012 about 1545 hours, 5N-RAM, a Boeing MD-83, a domestic scheduled commercial flight, operated by Dana Airlines Limited as flight 992 (DAN 992), crashed into a densely populated area during a forced landing following a total loss of power in both engines while on approach to Murtala Muhammed Airport (LOS), Lagos, Nigeria. Visual meteorological conditions prevailed at the time and the airplane was on an instrument flight plan. All of the 153 persons aboard the airplane, including the 6 crew members were fatally injured. There were 10 confirmed ground fatalities. The airplane was destroyed. There was post impact fire. The flight originated at Abuja (ABV) and the destination was LOS.

Click here to read report
Posted by PublicInformationProjects at 03:01 No comments:

News Report: Mandela Back In Hospital

Nelson Mandela was readmitted to hospital early on Saturday with a renewed lung infection and was in "serious but stable condition," South Africa's presidency said, marking the second hospital stay in as many months for the ailing anti-apartheid icon.
"During the past few days former president Nelson Mandela has had a recurrence of lung infection," President Jacob Zuma's office said in a statement.
"This morning at about 1:30 am (2330 GMT Friday) his condition deteriorated and he was transferred to a Pretoria hospital. He remains in a serious but stable condition," it said.
It marks the second hospitalisation in as many months for the frail anti-apartheid hero, who will turn 95 in July. On April 6 he was released after being treated for pneumonia during a 10-day stay.
The Nobel Peace Prize winner has stayed in hospital four times in just over half a year, mostly over problems with his chest.
In December 2012, he was hospitalised for 18 days for a lung infection and for gallstones surgery, his longest stay in hospital since he walked free from 27 years in jail in 1990.
In March he was admitted for a day for a scheduled check-up and during his 10-day stay weeks later, doctors drained a build-up of fluid, known as a pleural effusion or "water on the lungs", that had developed in his chest.
Zuma's office said on Saturday that "the former President is receiving expert medical care and doctors are doing everything possible to make him better and comfortable."
"President Jacob Zuma, on behalf of government and the nation, wishes Madiba a speedy recovery and requests the media and the public to respect the privacy of Madiba and his family."
Mandela has not been seen in public since the World Cup final in 2010, where he appeared on the pitch before kick-off.
Following his April hospital stay, the release of television footage showing a frail and distant Mandela being visited at home by ANC leaders sparked outrage and accusations that the party was exploiting Mandela.
The images aired by state broadcaster SABC -- which were the first public footage of the Nobel peace laureate in almost nine months -- showed an unsmiling, distant Mandela seated upright on a couch, his legs covered in a blanket.
His head was propped up by a pillow, he appeared to speak at one point and closed his eyes tight when someone in the room took a photo with flash.
He was surrounded by ruling African National Congress party leaders including Zuma, who said Mandela was doing well and "up and about".
South Africans took to social networks to accuse politicians of parading their national hero in front of the cameras for their own gain.
Mandela was diagnosed with early-stage tuberculosis in 1988 during his 27 year jail term and has long had problems with his lungs.
He has also had treatment for prostate cancer and has suffered stomach ailments.
His eyesight is also said to be highly sensitive to flashlight due to damage caused by the long time he spent working on a quarry during his imprisonment on Robben Island.

Posted by PublicInformationProjects at 02:16 No comments: