Article: A Failed Nigerian Ruling Class And The Litany Of Impunity 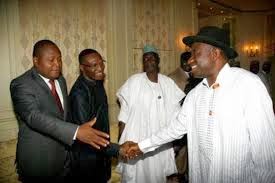 Sometimes when pummelled by the storms of our vicarious existence, i often take some steps back to reflect. And in those moments of reflection, i do wonder whether any of the actions we are taking is worthwhile, whether our actions, collective and individual do make any difference.

So like i have had the occasion to say to people in recent past, this nation, this country, this valiant peoples of Nigeria, have survived and kept the very fabric of our common patrimony together, inspite of, rather than because of this bungling thieving ruling class.

If you take a cursory look at our historical experience since colonial times, why is it that every succeeding generation looks back on the past with fondness? Why does the immediate past always seem to better than the present? And why does it always seem to us that we were better off under previous regimes than we are under current ones? Could it be because in truth and of a fact there has been a progressive decline in the quality of leadership over the years, a progressive decline in the quality, competence, integrity, and patriotism of the ruling class over the years and decades? This definitely does seem to be the case.

On the strength of this trend, it is little wonder that this regime, this current ruling political class, in power and in opposition, represent the lowest that we have sunk as a nation and people. It is perhaps the reason why we have witnessed the least governance since the amalgamation of 1914; and why we are witnessing the crassest opportunism, as well as the steepest rise in the intensity of treasury looting and pillage of our commonwealth. It is the reason why they not only trample on the constitution which they made for us, but also ride rough shod over ordinary citizens.

The Nigerian ruling class has historically not been a stranger to impunity in governance; nevertheless, past generations of this ruling class will cringe in their graves at the level of the impunity of their heirs, the current class of Vagabonds In Power [VIPs].

Let us take a roll call of the long list of the perfidious indiscretions of their looting infested reign over us. A constitutional breach of the highest order which they unconscionably piloted when they so inhumanely chose to play chess with the ill health of a severely sick and dying president; they are now playing out in a full blown tragicomedy in Taraba state with the ill health of another severely incapacitated governor. These vultures and coyotes, these hyenas and maggots, who survive only by scavenging on the dead, will do anything possible to push the ailing Taraba state governor to his death bed, because of their own selfish interests, just as the kitchen cabinet around the ailing president did to the late President Yar Adua.

During that period as well as in the current case, all manner of self interested liars, including leading politicians and leading clerics who called themselves men and servants of God, all trooped to visit the ailing President and Governor, and all claimed and swore by their Holy Books, lying through the skin of their coloured teeth that all was well, and the subjects of their nocturnal visits were hale and hearty, as well as fit as a fiddle to govern!

In the case of the late President, as in the case of the ailing governor, the very few who had some access, and who because of that access knew the truth, and refused to tell lies, were and are being subtly discredited. Yet determining the truth should be really very simple. The NMA has offered to undertake an independent assessment of the ailing governor; but the pack of scavengers around him will not let this happen.

Apart from the sickening way they are playing political chess games with the lives of their fellow politicians, and leaders; what is even more significant for us about these games is the fact they these political gladiators are wilfully breaching and violating the provisions of the constitution which they had sworn to uphold.

So why should any of these matter to us all? Well, let us be clear that there is a clear connection between this blatant disregard for the constitution, and for human life, and the anarchy that is being orchestrated in Rivers state, where a serving Police Commissioner, who ought to be a member of the state security council is being used by external forces, to undermine not only the person of the governor of Rivers state, despicable as he might personally be, but also the institutions of the state in Rivers State. So a police commissioner in a civilian dispensation, would disperse a state legislature, and block the routes of the state governor, while openly defying a sitting state governor! And there are still some who think what is at stake is the individual fate of Amaechi, or of Wike, or of the President or the First Lady? On the contrary what is at stake is constitutionalism, rule of law, and yes, the very stability of the country. We may like to think that these arsonists are merely trying to set themselves ablaze; well, that is surely right; but they are setting themselves ablaze on our roof top. And this should matter to us.

Furthermore, we insist that there is a connection between this impunity being orchestrated at the very summit of power in these two instances of Taraba and Rivers, as well as the impunity being perpetrated the the smaller minions in the MDAs. It is why more than half of MDAs do not remit their revenues to the federation account in clear breach of the constitution; it is why the NNPC under the supervision of the Petroleum Minister will not remit trillions of Naira to the federation account; it is why the Aviation Minister will single handedly authorise variations in the ministries budget for vehicles from N240m to over N600m, while spending N255m of that on just two armoured BMWs! It is why although both ministers have been severally indicted by different probe panels, both are still firmly entrenched in the cabinet. And what is more it is why crude oil theft soared from less than 100,000 barrels per day barely 3 years ago to the current levels of more than 400,000 barrels per day; and this inspite of the huge annual multi-billion Naira contracts awarded to Ex- Militant Generals for security and surveillance of pipelines and maritime water ways.

The point being made is that the level of impunity among this shameless ruling class has reached such a proportion that it has become mutually reinforcing, as well frustratingly undermining of our national development; socially, politically, constitutionally, and economically. The fact is we cannot condone and applaud impunity in certain aspects of our national life while we seek to expunge it from others. The fact against impunity is total and all embracing.

The real question that is of existential significance hinges around whether or not we can continue to trust this thieving ruling class, or whether we should not all together take a deep collective breath, and undertake the necessary collective effort to heave them off our backs for good.