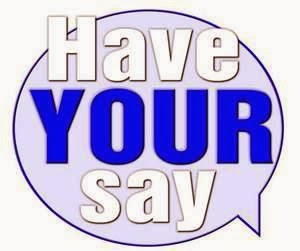 A few weeks ago, when the Federal Government of Nigeria released the modalities for the proposed National Conference, representatives of Pro-Democracy Civil Society Organisations across the country had initiated a series of nationwide consultations with respect to the proposed conference.

The purpose and role of the central and zonal coordinating secretariats is to facilitate continuous aggregation of Citizen's positions on issues being discussed at the National Conference; while also ensuring a feedback mechanism for Pro-Democracy CSO delegates to the National Conference. The mandates of the Pro-Democracy CSOs delegates will be constantly renewed and revalidated through the interactive activities coordinated by the secretariats.

Our collective program of action for the National Conference is anchored around our core demands; our duty and task before, during and after the conference is to raise the banner of social justice and equity; and to defend and promote the interests of citizens.

Towards this end we reiterate our positions and demands, summarised but not limited to the listing below:

*A justiceable and enforceable chapter of the constitution including a comprehensive listing of Human Rights, including civil and political, social and cultural, as well as economic rights of citizens. This indeed is our social program for the engagement with the National Conference, and our minimum irreducible demand.

*We reaffirm our demand that a minimum of two-thirds of delegates to the National Conference should comprise of non state actor delegates.

*Only a national Referendum can validate the outcome of the National Conference. We are insistent that sovereignty resides in the people of Nigeria not in any state institution.

*The basic foundations of a road map to participatory political advancement and socio-economic development must be agreed and in such a manner as it can be articulated into a 5 year comprehensive integrated National Development Program, that will address and tackle unemployment, homelessness, and  poverty.

After exhaustive consultations, we have put forward a list of nominees to become delegates, with mandates, representing the Pro-democracy Civil Society Constituency in the National Conference.

We hereby release the list of our preferred nominees as Pro-democracy Civil Society organisations:

(2)Jaye Gaskia
Posted by PublicInformationProjects at 10:54 No comments:

Posted by PublicInformationProjects at 02:45 No comments:

Open Letter: Demand For A Just & Balanced Police Force In Nigeria (Part One) Sirs,
Sectional & Ethno-Religious Domination Of The NPF: A Demand For A Just & Balanced Police Force In Nigeria (Part One)
It is recalled Sirs, that we, the International Society for Civil Liberties & the Rule of Law-Intersociety, had on 4th, 5th and 6th February, 2014 addressed a three-volume letter to your public offices, detailing how the Nigeria Police Force, with its traditional heterogeneous setting, has been converted and compressed into an ethno-religious and sectional police establishment under the headship of IGP, Mr. Mohammed Dahiru Abubakar. This is done through grave and gross lopsidedness in promotions and postings of key officers in the Force, especially those occupying the ranks of Chief Superintendent of Police (CSP), Assistant Commissioner of Police (ACP), Deputy Commissioner of Police (DCP), Commissioner of Police (CP), Assistant Inspector General of Police (AIG), Deputy Inspector General of Police (DIG) and Inspector General of Police (IGP). On 9th day of February, 2014, the Force Headquarters, through the FPRO reacted(see Sunday Newswatch, page 1 &2, 09/02/2014) and on 11th day of February, 2014, we responded to the FPRO’s reaction(Nigeria Police Force: Defending The Indefensible via google).

The above unwritten lopsided policy of IGP, Mohammed Dahiru Abubakar is a grave and gross violation of the Constitution of the Federal Republic of Nigeria 1999, as amended in 2011, especially her Section 14 (3). It also violates gravely the Federal Character Act of the Federal Republic of Nigeria 1996. Section 14(3) of the Constitution clearly states: “The composition of the Government of the Federation or any of its agencies (i.e. NPF) and conduct of its affairs (i.e. assignment of top police duties) shall be carried out in such a manner as to reflect the Federal Character of Nigeria and the need to promote national unity, and also to command national loyalty, thereby ensuring that there shall be no predominance of persons from a few States or from a few ethnic or other sectional groups  in that Government or in any of its agencies”. The Federal Character Commission Establishment Act of the Federation of 1996 was created to ensure the “implementation and enforcement of the federal character principle of fairness and equity in the distribution of public posts and socio-economic infrastructures among various federating units of the Federal Republic of Nigeria”.

Following from the foregoing, Sirs, we wish to protest against the 19th February, 2014 elevation to next ranks of 1, 402 senior police officers. The promotions involved those in the ranks of ASP to CP. In the promotion exercise, the Inspector General of Police, Mr. Mohammed Abubakar compiled the names of those promoted and sent to the Police Service Commission, which announced them as compiled as “newly promoted officers”. Same thing happened in the 6th February, 2014 redeployment of senior police officers, when the IGP first “ordered” the redeployment and later transmitted it to the Police Service Commission, which said it “approved” based on IGP’s “recommendation”(please see NPF and PSC websites for more details).

Surprisingly, in defining the powers of the Police Service Commission (PSC) to “appoint persons to offices (other than the office of the IGP) in the Nigeria Police Force; and dismiss and exercise disciplinary control over persons holding the offices so referred”, Supplementary Section 30 of the Constitution of Nigeria 1999, as amended in 2011 under Part 1 of her Third Schedule, and Section 6 (1a-f) of the Police Service Commission Establishment Act of January 4, 2001 have no provisions whatsoever for “promoting on the recommendation of the IGP” or “approval of redeployment of police officers on the recommendation of the IGP”. Also Section 6(2) of the PSC Act clearly states: “the Commission shall not be subject to the direction, control or supervision of any other authority or person in the performance of its functions other than as is prescribed in this Act”. These policy assertions by the PSC are strange, imported, concocted and unconstitutional.

Again, the promotion exercise under reference was carried out in total disregard to the provisions of the Constitution of Nigeria 1999, as amended in 2011 and the Federal Character Establishment Act of 1996. The exercise was also ethnically and geopolitically lopsided. Out of all the promotions made especially from the ranks of ACP to AIG, none came from the Southeast geopolitical zone. For instance, newly promoted AIG Adeola Adeniji Adeleke, who is a Course 9 CP, is from Ogun State, Southwest Nigeria. He was born on 17th May, 1956 and enlisted into the NPF on 1st August 1980. He was last promoted CP on 15th December, 2006 and will be due for retirement on 1st August 2015. He holds Bachelors of Science degree in Sociology. AIG Adeola Adeniyi Adeleke entered the Force same year (1980) with CPs Hilary Opara and Felix Osita Uyanna, who became CPs on 18th December 2006 and 6th October, 2007 respectively. The three officers under reference are Course 9 Officers (enrolled as graduate ASP Cadet in 1980) and they will pull out of the NPF in 2015.

Posted by PublicInformationProjects at 02:15 No comments:

News Release: Mustering The Political Will To Do The Right Thing 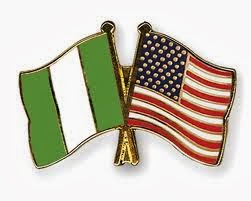 The Nigerian-American Leadership Council (NALC) has received reports of the recent dastardly act of Boko Haram, resulting in the brutal killing of forty three (43) students in Yobe State Nigeria, on Monday February 24th, 2014.  Prior to this recent killing, Boko Haram had also attacked and decimated two villages in Bornu State, the hot bed of Boko Haram, killing over one hundred (100) persons.

This Council believes that the lines of decency and humanity were crossed long before now by Boko Haram; but Nigeria did not muster the political will to confront the terrorist scourge before now.  We believe the die is now cast, and the government of the day must act within its capabilities, including in intelligence, socio-political programs, and military capacity, to halt this scourge.

The government must deploy all her capabilities to contain this scourge of killing of innocent citizens; or Nigerian may need to start to retreat from the benefits of being a regional power.  Since Nigeria aspires to hold her place as a regional power, that aspiration comes with serious responsibilities, to get one’s own house in order.  More so, as one of the worlds truly fast rising economies, and a regional power, Nigeria must act more boldly and decisively.
Further, Nigeria is the bedrock of ECOWAS, with an enviable track record in stabilizing various countries in the ECOWAS region.  However, Nigeria seems to be failing its own test as a regional power, even with an economy that is fast becoming the dominant economy in Africa.

Handling Terrorism from the Inner Sanctum of Government
Nigeria’s current inability to stem this tide of domestic terrorism indicates that the problem is part internal, at the policy-making and implementation levels.  The sympathies of certain persons on the inside of government must be undermining the fight against Boko Haram.  This presents a serious crisis of its own, and heads may have to role, for the government to become fully cohesive, and operate as a team.

Contacted at the Pennsylvania Ave, Washington DC headquarters, the Executive Director of the Nigerian-American Leadership Council, Samuel Okey Mbonu, stated, “The time is now ripe for Nigeria to perform in front of the world, and prove its mettle as a regional power.  Failure is not an option, as failure means dragging most of West Africa down the tube of religious and ethnic intolerance, amidst a cacophony of failed states.  That should not be allowed to happen.”

E. Terfa Ula-Lisa of the Council’s Advisory Board added “the political actors need to think about the survival of Nigeria as a whole, before fanning intolerance with their rhetoric.”

In September 2013, the Nigerian-American Leadership Council (NALC) convened the first Boko Haram International Security Summit in Washington, which was soon followed by Boko Haram being proscribed as a terrorist organization by the US government in late 2013. The Council has proffered socio-political solutions to contain the scourge of domestic and cross-border terrorism in Nigeria and the Gulf of Guinea.

Posted by PublicInformationProjects at 01:59 No comments: