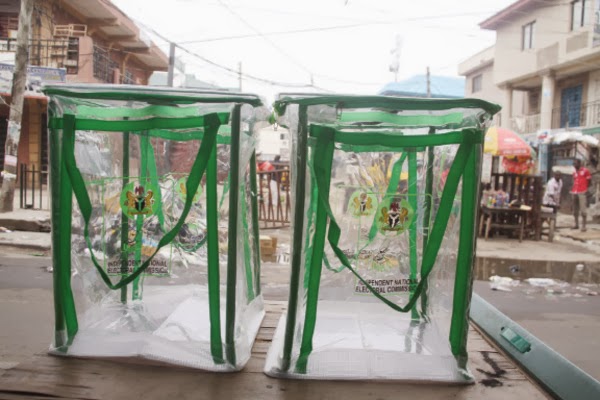 The laws that created rooms for periodic elections into 1, 695 elective public offices in Nigeria, which the Independent National Electoral Commission (INEC) is empowered to conduct, also allow rooms for Elections’ Petition Tribunals (equivalent of high courts) to handle judicial petitions arising from the conduct of such polls, with a view to determining the authenticity or otherwise of such polls. Such petitions are filed by aggrieved parties. Where no judicial petition is filed at an Election Petition Tribunal within a stipulated time frame, the referenced poll is deemed validly conducted. Matters that are brought before polls’ tribunals are matters that have to do with the conduct of the polls proper. Matters deemed “pre-election matters” such as nomination of candidates, are filed and handled by ordinary high courts, which stretch to the Apex (supreme) Court.

Constitutional Provisions: By Section 239 (1) of the Constitution of Nigeria 1999, as amended in 2011, the original judicial responsibility of handling and disposing within six (6) months from the date of filing of the petitions (within 21 days after the announcement of final result) arising from the conduct of the presidential poll is rested on the Court of Appeal (first court) and by Section 233 (2) (i), the matter terminates at the Supreme Court. By Section 285(1) (a) (b), the original judicial jurisdiction is conferred on the National and State Assemblies’ Election Petition Tribunal (high court) to hear and determine petitions arising from the conduct of National and State Assemblies’ polls and by Section 246 (1) (b) and (3), the appellate jurisdiction and its finality with respect to the polls under reference is rested on the Court of Appeal. By Section 285 (2), the original jurisdiction in matters of petitions arising from the conduct of governorship polls is rested on the Governorship Election Petitions’ Tribunal. By Section 246 (1) (c), the appellate jurisdiction as per governorship poll petitions is conferred on the Court of Appeal and by Section 233(2) (iv), the apex or final jurisdiction over governorship poll petitions is conferred on the Supreme Court of Nigeria.

Following from the foregoing, the Anambra State Governorship Election Petitions’ Tribunal was created to hear and determine petitions arising from the conduct of November 16, 2013 governorship poll and its supplementary held on November 30, 2013. The Tribunal panelists are Hon. Justice Ishaq Bello of the FCT High Court, who chairs the Tribunal and two others. The poll the Tribunal is investigating judicially produced Mr. Willie Maduabuchi Obiano of the All Progressives Grand Alliance (APGA) as the winner with 180, 178 valid votes, followed by Mr. Tony Nwoye of the Peoples’ Democratic Party (PDP) with 97, 700 votes. Dr. Chris Nwabueze Ngige of the All Progressives Congress (APC) came third with 95, 963 votes and Mr. Ifeanyi Ubah of the Labour Party (LP) came fourth with 37, 495 votes. The four most popular candidates above mentioned polled a total of 411, 331 valid votes.

Out of the State’s total of 4,608 polling units, the poll was successfully conducted in 4, 333 polling units on November 16, 2013. On November 17, 2013, a rescheduled poll was conducted in 65 polling units in Obosi Ward 7 in Idemmili North LGA and on November 30, 2013, a supplementary poll was conducted in 210 polling units scattered in 16 Local Government Areas of Aguata, Awka North, Awka South, Anambra East, Anambra West, Ayamelum, Anaocha, Ekwusigo, Idemmili North, Idemmili South, Ihiala, Nnewi South, Onitsha South, Orumba North and Oyi. Final results were declared on 1st December, 2013 with Mr. Willie Maduabuchi Obiano returned as the winner. By INEC statistics, released on 1st December, 2013, out of a total of 1, 776, 167 registered voters in the State, 465, 891 registered voters were accredited, out of which, 442, 242 voted. And out of the 442, 242 that voted, 425, 254 votes were valid and 16, 988 votes were declared invalid.

The proceedings at the Election Petitions’ Tribunal under reference have four petitions to do justice to.  They are: 1. Dr. Chike Obidigbo versus Obiano and two others. 2. Dr. Chris Ngige versus INEC, Obiano, APGA and ACD (Advanced Congress of Democrats). The petition against the ACD is said to have been withdrawn. Two other petitions are: 3. PDP versus INEC & 25 others, and 4. Tony Nwoye versus INEC & 25 others.  While the Chairman of the Tribunal, Hon. Justice Ishaq Bello is reputed with election petitions’ cases in various States of the Federation including Imo and Cross River States, there are at least ten members of the inner Bar or Senior Advocates of Nigeria (SANs) involved in the proceedings, defending the declared winner and the INEC as well as the aggrieved parties.

Public Expectations: Proceedings at the Anambra State Governorship Election Petitions’ Tribunal are so far so good and public expectations are very high. The mission of the Tribunal is not only “not for technical justice”, but most importantly, to judicially establish whether the total valid votes cast and announced with the winner under reference are products of legally defined electoral malpractices or products of voters’ register and polling units’ driven cast votes: living votes. Once the Tribunal establishes that the conduct of the poll was in substantial compliance with the Electoral Act of the Federation of 2010, then, the rest is history. This is because the chief business of law courts in the world over is to investigate and establish the facts of a matter and apply them to existing laws relating to issue or matter under judicial enquiry. Courts have no time for frivolities and immaterial facts. This is why we believe that the Tribunal under reference has started well. Its recent pronouncement that “its mission is not for technical justice” is a case in point and commendable.

While giving all the parties level playing grounds to succeed or fail in their cases, is a welcome development, it is very important for the Tribunal not to lose focus of its mission or to be bamboozled by lawyers’ firepower during their arguments and counter-arguments. The doctrine of “orbiter dictum and ratio decidendi” must be their fundamental guide so as to “separate chaffs from seeds” during the proceedings. Since the duration of the Tribunal is now “within 180 days”, unnecessary and abrupt adjournments should be avoided. Adjournments, if any, should be unavoidable and excusable and time lost made up during resumed hearings. The people of Anambra State and the entire world are watching with uttermost consciousness to see how the Tribunal conducts itself and judicial business till the end of its sittings. As sticklers of living votes, we see the judicial enquiry embarked upon by the Tribunal into the Anambra Governorship Poll of 2013 as a process to judicially sanctify the sacred electoral exercise by the Anambra People. We remain the exponent of the fact that “it is better to have 10,000 living votes than to have 1million dead votes”.