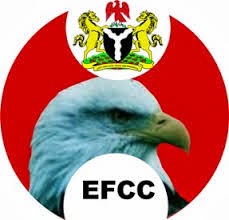 My Dear Sir,
Fraud In Imo State House Speaker’s Office
I am constrained to draw your attention to the fraudulent activities going on at the office of the Speaker of Imo State House of Assembly.

On the 20th of December 2013, I officially informed the Executive Governor of Imo State of the fraudulent activities at the Speakers office involving the Chief of Staff (Mr. Kodichi Anamekwe) and the acting Senior Special Assistant on Media (Mr. Emeka Ahaneku). Your office was duly copied the said letter. In the said letter, I requested the Governor to compel the leadership of Imo Assembly to set up a probe panel that would invite me to clarify on my allegations. Till this moment, it has not been done.

Also, on the 7th of November 2013, I officially informed the Speaker of Imo State House of Assembly, Rt. Hon. Benjamin Chukwuemeka Uwajumogu of the criminal and fraudulent activities in his office involving his Chief of Staff (Mr. Kodichi Anamekwe). I requested him to set up a four (4) man panel to be made up of Honourable members of the House that would invite me to clarify on my allegations. The said letter was also copied to the clerk of the House and other Honourable members.

The Speaker rather than investigate my allegations instead protected his Chief of Staff and thereafter issued me with a query (36 days later) on the 13th of December 2013. I quickly responded to the query by insisting that a four man panel be set up for me to make clarifications. The intrigues that followed at the Speakers office and the obvious threat to my life (some aides have died) made me to resign my appointment on the 17th of December 2013.

It is therefore on the strength of the failure of the Executive Governor of Imo State and the Speaker of Imo State House of Assembly to set up panel to investigate these fraud allegations in the Speaker’s office that I am humbly petitioning your commission to investigate, arrest and prosecute the criminals involved in corrupt and fraudulent practices at the Imo Speaker’s office. I shall be failing in my duties and responsibilities as a patriotic citizen if I do not expose corruption. I shall also provide technical and physical assistance and evidence (documents) throughout the period of this investigation.
The investigation will concentrate in the following areas.
(1) ROAD CONTRACT SCAM – The Chief of Staff to the Speaker of Imo State House of Assembly (Mr. Kodichi Anamekwe) went outside his confinement of duties to award road contracts on behalf of Imo State government to inexperienced contractors in Imo State. He signed so many road contract papers for contractors; I shall make some of these documents available. He also delved into road construction while retaining his position as Chief of Staff to Imo Speaker. The question that must be asked is; who authorized Mr. Kodichi Anamekwe to award and sign road contract papers for contractors? Which law empowers him as Chief of Staff to Imo House Speaker to award and sign contract papers for contractors? His Boss (the Rt. Honourable Speaker) is not even empowered by any known law in Nigeria to award or sign contract papers for contractors; talk less of his Chief of Staff. This abnormal legislative function of the office of the Speaker has led to the award of road contracts to inexperienced, ill equipped, non-challant and “wait and take” emergency contractors. The resultant effect is the execution of shoddy road jobs in our state Imo.

Mr. Kodichi Anamekwe so abused his office as chief of staff to the extent that other aides of the Speaker were equally awarded road contracts, namely; (1) Mr. Dan Orji (special Adviser on inter-governmental matters) (2) Mr. Emeka Ahaneku (using fronts) etc.

Also, friends of the leadership of the office of the Speaker who were residing abroad were asked to return home, which they did and road contract jobs were given to them as fronts even though they never had any experience in road contract assignment and execution. It should be noted that road contracts were awarded to these “wait and take” contractors on the condition that  ASPHALT materials are procured from a particular plant located along Onitsha road Owerri and owned by the Speaker of Imo state House of Assembly which was established few months after he emerged Speaker.

It should be noted that through various manipulations in award of road contracts, state funds running into Billions of naira were diverted and used by the Rt. Honourable Speaker to acquire eye popping properties scattered across the country and abroad.
(2) EMPLOYMENT RACKETEERING – Within few weeks of his appointment as Chief of Staff to the Speaker of Imo State House of Assembly, Mr. Kodichi Anamekwe recruited over one hundred and twenty (120) people as aides for Speaker Uwajumogu. But ordinarily, only about thirty (30) people were supposed to have been recruited. Conversely, it is safe for me to assert that over ninety (90) persons were illegally employed by the Chief of Staff. Various levels of salaries were also approved for these over 90 persons with the understanding that they allegedly part with a percentage of their salaries to the Chief of Staff. These over 90 persons have never for one day reported for work. So they can be described as “Ghost workers” who received monthly salaries but who give certain percentages to the Chief of Staff. This anomaly and fraud continued until it was discovered by other Honourable members who threatened to deal with Rt. Honourable Benjamin Uwajumogu. They ordered Imo Speaker to bring down the number of “employed” aides or face “appropriate” action. Speaker Uwajumogu responded by bringing down the number of “aides” (Ghost workers) from the 120 to about 90, which is still too much. The Chief of Staff is so corrupt and fraudulent that he pay-rolled his very old mother who is 85years as a Special Adviser to Imo Speaker even though she has never reported to work. Her name is Madam Monica Anamekwe. The Chief of Staff equally pay rolled his relations residing abroad as Imo Speaker’s aides. This unusual situation made the office of the governor (office of the Principal Secretary) to write to the leadership of the Imo House of Assembly in the Second quarter of 2013 to furnish it with the actual number of political appointees at the Speakers Office. Till this moment, they leadership of the Assembly is yet to respond to that letter.
(3) SALARIES SCAM – Any aide of the speaker who must be promoted must go into an understanding with the Chief of staff to have the new salary shared with him (the Chief of Staff). Also, if a new aide is employed today, he will have his appointment letter backdated by several months and the accrued “salaries” would be allegedly shared with the Chief of Staff.
(4) FINANCIAL ASSISTANCE SCAM
Any aide of the Speaker who is in need of financial assistance to help solve a personal problem will have the request kept pending until he agrees to do “business” with the Chief of Staff. For example, Mr. Emmanuel Adoba (former Special Adviser to Imo Speaker on Administration) had his own “Financial Assistance” of N1.3 million naira approved for him by Imo Speaker through the Chief of Staff. Emmanuel Adoba cashed and collected the sum of N1.3m from the Accounts Department of the Imo State House of Assembly in December 2011 and allegedly gave the sum of N300, 000 to the Chief of Staff. Also, the Chief of Staff is in the habit of bringing people from Ihitte/Uboma LGA for such deals and who will in return pay certain percentages to him.
(5) GENERAL SUPPLY FRAUD: I will explain in details if invited to prove my allegation.
(6) Advertorial Rate: I will explain in details if invited to prove my allegation
(7) STIPEND FOR CORRESPONDENTS FRAUD: I will also explain in details if invited to prove my allegation

From the above, it is very obvious that the major reason why the Speaker of the Imo State House of Assembly refused to set up the panel to probe into my allegation of fraud and corruption against his Chief of staff and other aides is because he is in the know of the criminal activities going on in his office. He is the one facilitating fraudulent activities in his office using his Chief of Staff as front. Hence he has used the proceeds of the crime to acquire several properties in Nigeria and abroad as follows.

(1) A N500 million naira Asphalt plant along Onitsha road Owerri, acquired in the first quarter of 2012.
(2) Several mansions along Chief Ben Uwajumogu Street Federal Housing Estate Umuguma Owerri – West LGA, acquired in 2013.
(3) JASMINE Hotels and suites behind Imo Concorde Hotel valued at over N70 million and opened in November 2012
(4) Over 200 plots of land located in Owerri West LGA and acquired in 2013
(5) Renovated, furnished and converted his father’s village one storey building at Ihitte/Uboma LGA into a palace at a value of over N400 million.
(6) Built 2 other mansions in Ihitte/Uboma
(7) Renovating his father’s Hotel (Eastern Comfort) in Umuahia to the tune of over N100 million
(8) Acquired mansions in Aba and Umuahia
(9) Acquired a crush rock industry in Ebonyi State to the tune of over N760 million naira in 2013.
(10) Converted the Imo State Liaison Office Abuja into his personal property. The Imo State government reportedly “leased” out the five floor state liaison office for 20 years at the sum of N70,000,000 million to Imo Speaker, who in turn ejected all Staffs of the Office forcefully in August 2013. So far, Imo Speaker has spent over N750 million in converting the edifice into a Hotel.
(11) Imo Speaker in presently developing a Hotel in Lagos valued at over N500 million naira.
(12) And so on and so forth

Yet this is the same Imo Speaker who could not fund his House of Assembly election in April 2011 to the extent that he allegedly sold some of his father’s property and even borrowed some money to fund his election. Available records and information shows that he allegedly borrowed N10.6 million from a One “Arm” businessman from Ehime Mbano LGA, N15 million from his former Godfather from Ehime mbano LGA and another N11.5 million from a PDP bigwig from Ihitte/Uboma LGA.

The EFCC will have to demonstrate to the Presidency, Nigerians and the international community that she is serious in fighting corruption and fraud in high places by proving her efficiency and effectiveness in the way and manner it handles this petition against the Office of the Speaker, Imo State House of Assembly involving Mr. Kodichi Anamekwe, Mr. Emeka Ahaneku and of course Rt. Honourable Benjamin Chukwuemeka Uwajumogu.

I shall be ready to go to jail with hard labour if I fail to prove my allegations with documented evidences.
Please accept my warmest regards.

Copy to
(1)  The Presidency
(2)  The National Assembly
(3)  The Force Headquarters
(4)  Nigerians
(5)  The Press
Posted by PublicInformationProjects at 08:55