Article: Nigeria’s Centenary And The Urgency Of Now 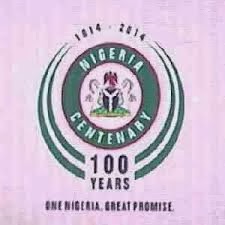 I have borrowed the title of my piece today from the title of one of the most significant films made in recent time; ’12 years a slave’. For if it was through that the main character of the epic film based on historical fact was captured as a free man and sold for 12 years into slavery; then it can be said that it is also through of the people of this country called Nigeria. We were once free peoples, before contact with Europe, before the slave trade, before colonialism, and before the flag independence that thrust within a global pecking order not within our capacity to influence or control. What is even more apt because of the symbolism of the parallelism involved is that for being free people we were captured and bound into a nation which for a hundred years has remained a gigantic failure.

It makes sense to begin with the act of amalgamation of the Northern and Southern Protectorates in January 1914, 100 years ago this month. And we begin here for a reason; because our failed ruling class in various guises, are almost united in ascribing total and complete responsibility for our inability to realise the promise of nationhood and the potential of independence to Lord Lugard, the amalgamation of 1914, and British colonialism; while cleverly absolving themselves of any blame in the total nightmare that they have made of our collective dream.

Let us be clear about certain things; The impact of our violent contact with Europe has been and was largely negative. The slave trade and the trade in commodities were hardly trade between equals; these was trade undertaken with the agency of the bayonet and the gunboat; it was after all the era of gunboat diplomacy, the type that modern Russia is now reviving in Ukraine. So trade in commodities as well as in human beings, in slave was a very violent act, the terms of which were defined and imposed through the barrel of the gun. And so was colonialism, and the divide and rule policy upon which it was based in order to better pacify the ‘natives’!

So we are very clear about Colonial and subsequent neo-colonial and imperialist guilt in the making of our current parlous state. We are very clear about the role this played, and the role that the global structure of dominance and dependence which was built on the legacy of colonial conquests; has and continue to play in the development and nurturing of our collective trauma; a trauma that is all embracing, at once social, cultural, environmental, economic and political.

But we are not so incapable of thinking as to simply discountenance the very prominent, front row role played by our indigenous ruling class in the making of the failure that they say our nation has become today!

Who it was that raided the hinterland for prisoners of war to be sold to slave traders at the coast? Who made war against one another in order to compete to control the trade in oil palm? Who were the ones who allowed themselves to be the subject and object of the divide and rule policy of the conquerors? And since flag independence who have been making deals, economic and political deals, deleterious to our common interests, but beneficial only to the European and North American allies, as well as their individual pockets?

Lord Lugard, and British colonialism may have been part of the root our problems; but Lord Lugard did not orchestrate the pogroms that eventuated the civil war; nor is Lord Lugard, or David Cameron, or Barrack Obama responsible for orchestrating the mindless looting of the treasury that has characterised 53 years of indigenous ruling class misrule, and that have now become the primary hallmark of governance by a light fingered, administratively incompetent, and congenitally inept thieving ruling class in today’s Nigeria 100 years after the so-called mistake was made.

And whereas Lugard may have made a mistake in the course of promoting the selfish interests of British colonialism 100 years ago in 1914; the real challenge, the real problem lies with the gluttonously selfish ruling class, whose collective misadventures in ruling over us has combined to convert the selfish act of the colonizer 100 years ago, into the historical failure and ancestral curse of today, 100 years after.

It is this incompetent and inept ruling class, driven by a self-destroying greed, that is responsible for our woes today. They are the ones who in looting our treasury dry; who by leaving us with the unenviable legacy of 18 million Housing Deficit [that is nearly 80 million living in inhuman habitation]; $2.9tn worth of infrastructural deficit; 54% youth unemployment; 112 million people living in poverty; schools where no learning is taking place; and hospitals where no healing can be undertaken; it is this visionless, insane [in the words of British Billionaire Richard Branson], thieving ruling class that is responsible for our collective failure to realize the promise of independence and the potential of nationhood.

This is why in this year of the centenary of a historical failure and an ancestral curse, on the eve of a general election, and in the year of what promises to be a contentious National Conference [itself wrested as a concession from the weakening but unwilling hands of a regime that is being increasingly isolated and encircled]; this is why there unfolding circumstances are coming together to create the urgency of now; the immediacy of liberating action.

2014, because of all of these conjectures presents an opportunity, one that we, ordinary citizens, the victims of the misrule of the ruling class, we the subordinate classes are called upon to seize and take advantage of in advancing our collective interest, and taking the sort of informed and necessary collective action needed to break the yoke of the ancestral curse, free our nation and peoples from the historical mistake; and lay the foundations for the genuine national liberation of our country, and the social emancipation of her peoples.

What we must do is to organise and mobilise ourselves, to the levels seen during the January Uprising; and endeavor to seize the moment and make a final push for our collective freedom and wellbeing.