Article: Whither Igbos As 2015 Approaches 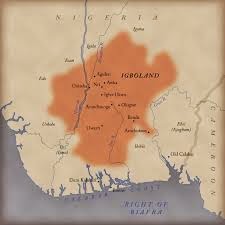 In 1999 I wrote an article of similar title. At the time, Nigeria was witnessing a new milestone, precisely the transfer of power from the military to civilian political leaders. The Igbos were then confronted with challenging political scenarios of which the Igbo political leaders were either unable to synthesize or conveniently ignored and simply decided to play along with the rest of the country. The clear message was that other Nigerians do not like or trust the Igbos enough to allow them to rule Nigeria. Since then a lot of water has gone under the bridge. We are furiously approaching another crossroad, as the much awaited 2015 elections and as widely predicted, Nigeria’s potential breakup. Crucial questions some of them new, still exist for the Igbos and their survival or political extinction in the Nigerian polity could not be more desperate.

To recant, in 1999 the military hurriedly left the political scene, having overstayed their welcome and realising that their capacity to hold on to political power was no longer sustainable. At the time an Igboman, Dr Alex Ekwueme was head above other politicians and stood on good grounds to become Nigeria’s President, having served loyally and effectively as Shehu Shagari’s Vice President and additionally a constructive and towering opposition to Abacha’s dictatorial military regime. The manner in which his presidential candidacy was undermined by most particularly his Northern political allies and ex-military generals raised a lot of issues relating to the viability of an Igboman ever ruling Nigeria. At the end of the 1999 electoral process, key issues crystallized for the Igbos:

i)             Would other ethnic Nigerian groups ever accept the thought of an Igboman ruling Nigeria, given Nigeria’s fractured ethnic relationships since 1966 -70?
ii)            The Northern political block had insuperable political clout and Nigeria’s political destiny rested with them.
iii)           The military political clique that evolved from 1966 had by 1999 built up a powerful political platform through their unchallenged powers of patronage. These serving and retired military officers were able to scuttle the efforts of Alex Ekwueme and installed the candidate of their choice, namely General Olusegun Obasanjo (Rtd).
iv)           Would the entrenched political cabal, both military and civilian that controlled Nigeria’s political destiny since 1966 ever admit an Igboman as a bona fide member, rather than the apparent window dressing exercise?
v)            Given the morbid distrust of the Igboman and their obvious political incapacitation, would the military not kill or overthrow an Igbo President as soon he is elected?
vi)           Given the experience of 1999, a key question also arose as to the desirability or otherwise of a regionally based or nationally based political parties. Would the Igboman be better off having their own political party, control their destiny in their own geographical space and negotiate whatever they can get at the national level?

1.    Most significantly the Igbos are still the most stereotyped and scapegoated in Nigeria. The events of 1966 -1970, starting with military coups, genocidal massacre of the Igbos and the civil war did not help matters. It is an irony that the most industrious and the most pan-Nigerian minded group as the Igbos could be so vilified. It is a true statement that the Nigerian unity is built on the blood of Igbos. To put the Igbos in their place and prevent this supposedly rampaging group from dominating Nigeria became an obsessive idea for many Nigerian leaders, especially those from the ethnic groups that benefited from the temporary departure of the Igbos in 1966. It became a centrifugal point in Nigeria’s political alignment.

2.    The 1999 elections restated the established Northern/Southwest alignment that emerged from the crisis of 1966 -1970, with the Southwest often occupying the position of a junior partner. In 1999 a President of Northern origin was indefensible after the North had scandalously occupied the position, apart from Obasanjo’s brief tenure in the 1970s since 1966. The Northern powers that be, led by particularly Rtd Generals Babangida and Danjuma simply handpicked their presumably trusted ally and friend and placed him in Aso Rock. The message was loud and clear, we can’t trust the Igboman. Ironically the ‘trusted friend’ had other ideas. He has seen enough to be his own man and he started the process that has now eroded the commanding heights of Northern political supremacy. The story of the decline of Northern stranglehold on Nigerian political leadership is not the focus of this article.

Now let us fast forward to 2014. Since 1966 the North through the military maintained unchallenged political supremacy and proceeded to create for Nigeria a political superstructure that is on the verge of collapse. The numerous crises including armed insurgencies are clear indications that Nigeria is living in a poorly constructed building and in danger of collapse. In other words it has become evident that Nigeria hitherto has been moving pretentiously without addressing the fundamental issues bedevilling the country.

It is also obvious that the political cabal that controlled Nigeria’s political destiny since 1966 is losing grip. They have either aged or new political realities have rendered their relevance ineffective. Take the surrogate military establishment that have held political sway on behalf of the North have been incapacitated politically. The spectre of military intervention is no longer hanging over our necks and no sane military General will ever hazard a military coup d’état. All ethnic nationalities hitherto suppressed into political submission have now found a voice. The call for national dialogue to discuss our future is an acknowledgement that we can’t continue in this self destructive arrangement.

About 14 years of imperfect democratic experience, Nigeria has undergone significant transformation that requires all the ethnic nationalities and other stakeholders to go back to the drawing board. I say ethnic nationalities particularly because ethnicity and regional considerations continue to be the basis and rallying cry of the Nigerian ruling class and anyone ignoring that reality is in a fool’s paradise. There is hardly any other significant basis for political action in the country. Nigerian politics is clearly not about ideas. Ideology or ‘real issues’ in terms of what separates politicians in developed political systems is definitely not applicable in Nigeria. The real issue is that presently we are at each other’s jugular and there is a serious possibility that we are going to tear each other to bits and as the Presidency acknowledged, we are at war.

So what options are left to the Igbos as we approach 2015? 2015 is a make or break for Nigeria. The options have been narrowed naturally for us. APGA is not a viable platform to mobilise and articulate Igbo political interests presently. Their relevance has been overtaken by events and the leaders out of sheer selfish interests have undermined the party. APGA has unwittingly subordinated their role to PDP. For all intents and purposes APGA is now an adjunct of PDP and would not be playing any major role in the country’s national politics, at least in 2015.

The battle line has already been drawn. The emergence of APC has exposed and confirmed Nigeria’s enduring geo-political alignments. It has also pushed politicians to come out from their closets and take their natural positions as the battle commences. The Northern political establishment has been in unrivalled political ascendancy since 1966 but since 1999 there has been a gradual erosion of its grip on the federal political machineries. In 2011 President Jonathan exploited the unravelling realities of Northern politics, particularly the non-homogeneity of the Northern zones and its endemic religious dichotomy. In politics street protest is quite often an option left to the powerless. The North in a fit of anger at losing went up in flames and peace has never returned to the region since then. The baseline is that the North no longer possesses the capacity to solely determine who rules Nigeria. We all have a say and several geo-political considerations will come into play on who wins in 2015.

Following the lessons of 2011, the North-must-rule adherents went back to the drawing board and came up with a new strategy. Since the Southern minorities called the South-South and the South-East are solidly behind the incumbent President Jonathan they had no option than to abandon the PDP platform and resurrect the alliance of the North and the South West that emerged and controlled Nigeria since 1966. So the APC was born. APC is undoubtedly an alliance of the predominantly North West, North East and South West geo-political zones led by General Buhari and Bola Tinibu. The leadership of APC is very instructive and has a clear message for any Igbo or any Southern minority groups.

Therefore the choice is made for the Igbos. In a two horse race between the PDP and APC, the Igbos have no business in a party that has not made any attempt to include them in the formation of the party. The disregard is obvious and future neglect is certain. It makes sense for the Igbos to stick with President Jonathan. No ethnic nationality will ever win Nigerian presidency without the support of others and the Igbos will never win the Presidency without the support of others. By supporting President Jonathan we have demonstrated to our South-South neighbours, our natural allies that we are not bully boys and we are capable of building friendly bridges across our borders. Altruistic gestures can be useful. We are building a moral platform to ask our neighbours to reciprocate when the time comes. In 1967, Chief Awolowo made a calculated decision to go with the North because he felt that they were in a stronger position and not for any moral or other reason. In 2015 the Igbos will need to make a calculated decision. In 2015, President Jonathan and his PDP will win South East and South South absolutely and any APC candidate that emerges is unlikely to obtain his minimum 25% in these 2 zones. President will certainly get his minimum 25% from the entire South West zone. President Jonathan will win a good chunk of North Central and will obtain his minimum 25% in some states of the North East and North West. The Igbos cannot afford to back a party that has already declared them irrelevant and in any case likely to lose. By backing President Jonathan, win or lose we have made a big point with long term political implications.

We have the additional option of embracing the proposed National Conference with vigour. It is no longer the Igbos saying that they do not wish to continue to live in Nigeria in its present form. Every ethnic nationality has issues and some are already or have taken a shot at Nigeria. If we don’t get our wish through the ballot box in 2015, we can fall back vigorously on the national conference or if necessary do what others have done or are doing.

(Emmanuel Chigozie Osuchukwu is a London based writer. He is the author of the highly acclaimed book: 1996 Crisis and the Evolution of Nigerian Politics.)
Posted by PublicInformationProjects at 12:22