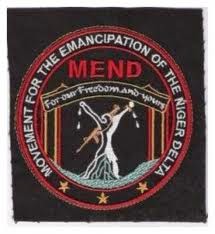 At about 0300Hrs today Thursday, March 27, 2014, scuba divers from the Movement for the Emancipation of the Niger Delta (MEND) revisited the Shell  Forcados Sub-C pipeline in the Western Delta which we had sabotaged earlier on Saturday, March 01, 2014.
We were successful in causing further damage to the on-going repair works, inflicting the heaviest toll ever on the oil industry since the commencement of ‘Hurricane Exodus’.

The Movement for the Emancipation of the Niger Delta (MEND) also takes responsibility for the Thursday, March 20, 2014 attack on the Agip crude oil and gas pipelines in Ikarama Oil Fields located in Bayelsa State.

Gbomo Jomo
Posted by PublicInformationProjects at 11:15