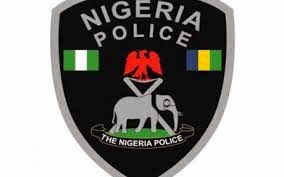 Sirs,
Sectional & Ethno-Religious Domination Of The NPF: A Demand For A Just & Balanced Police Force In Nigeria (Part Two)
This is the continuation and conclusion of our all-important letter with respect to subject above referenced.
With the 19th February 2014 promotions under reference, the geopolitical representation of all serving senior police officers occupying the ranks of CSP to IGP, other than 242 newly promoted CSPs, who are ethno-religiously and geopolitically being investigated; shows that one serving IGP comes from Northwest zone. Out of seven serving DIGs, Northwest has two, Southeast one, South-south one, Southwest one, North-central one and Northeast one. Out of 22 serving AIGs, Northwest has eleven, North-central five, Southwest three, South-south two, Northeast one and Southeast zero. Out of 93 serving CPs, Northwest has 23, North-central 19, Southwest 16, Northeast 14, South-south 13 and Southeast 8.

Following from the foregoing, therefore, a case of grave and gross lopsidedness and domination of the Nigeria Police Force on sectional and ethno-religious grounds has been indisputably established against IGP Mohammed D. Abubakar headship of the Force. This policy is infamous, coupist and unconstitutional. A forensic analysis of the “CSP-IGP Senior Staff List of the NPF” clearly shows that names of serving senior police officers contained therein are arranged according to the dictates or whims and caprices of IGP Mohammed Abubakar led NPF Management Team. The arrangement of the said names is patently done to perpetuate in perpetuity ethno-religious domination, particularly to effect extinction of senior police officers of Southeast geopolitical zone. If the said list is used and retained for further promotions, it is a fact that no senior police officer from Southeast geopolitical zone will be made a CP, or an AIG or a DIG or an IGP in the next five promotion exercises or more.

There is also a patent inconsistency in the policy of recruitment, promotion and posting used by the present NPF leadership. During recruitment, “federal character principle” is used and during the selection of DIGs, the principle is fairly applied, but when it comes to promotion of officers to DSP, SP, ACP, DCP, CP and AIG ranks and assignment of strategic duties, the principle is totally abandoned. The “seniority” criterion being bandied about by IGP Mohammed Abubakar leadership is also utterly deceitful and fallacious. For instance, there is strong evidence that Course 13 senior police officers (those who joined as graduate ASP Cadet in the last quarter of 1984) received ranks and juicy postings higher than their older Course counterparts.

Another shocking discovery in the course of our further investigations is the legal residency of the three-volume “NPF Officers’ List”, namely; “CSP-IGP Senior Police Staff List”, “ASP-SP Officers’ List” and “Constable-Inspector Officers’ List”. By Supplementary Section 30, under Part 1 of the Third Schedule to the Constitution of Nigeria 1999, as amended in 2011 and Section 6 (1a-f) of the Police Service Commission Establishment Act of 4th January, 2001, the Police Service Commission is constitutionally responsible and mandated to “appoint and promote persons to offices (other than the office of the Inspector-General of Police) in the Nigeria Police Force; and dismiss and exercise disciplinary control over persons so appointed and promoted (other than the Inspector-General of Police) in the Nigeria Police Force”. With these clear-cut provisions, the residency of the three-volume NPF Officers’ List in the office of IGP Mohammed Dahiru Abubakar, is unconstitutional and usurpation of the constitutional functions of the Police Service Commission. What the IGP ought to have are “office copies”. This explains why the PSC hardly investigates names forwarded to it to promote from the office of the IGP. The Commission promotes at will without recourse to constitutional and ethical yardsticks such as federal character principle and service conducts and outstanding performance index.  There is also a strong allegation that unsubstantiated and fake medical reports (oral) are being used to stall the promotion of some disfavored senior police officers, who run to the PSC for promotional justice.

Where It Concerns Mr. President: In addition to our earlier demands contained in the  three volumes’ letter under reference, dated 4th, 5th and 6th of February, 2014, we further demand that Mr. President, as the Commander-in-Chief of the Nigerian Armed Forces and Chairman of the Nigeria Police Council, should direct the IGP, Mr. Mohammed Dahiru Abubakar to, as a matter of uttermost immediacy, transfer and hands off the original copies, including the hard and soft copies of the NPF Officers’ Lists under reference to the Secretariat of  the Police Service Commission for their rightful keeping and maintenance at all times.

It is also very important to inform Mr. President that one of the main reasons why the present NPF failed woefully to tame the rising group crimes in Nigeria, particularly the Boko insurgency is because of sectional and ethno-religious domination of its high command and promotion of policing mediocrity and unprofessionalism. We wish to further inform and warn that if this degraded and lopsided policy is not tackled in the NPF before the 2015 general polls, Nigeria will not only go in flames, but will also  become a killing field. In an ethno-religiously and politically divided country like Nigeria, its police force top ranks and personnel must be ethno-religiously and geopolitically balanced; otherwise heaven will let loose!

Where It Concerns The Leaderships Of The National Assembly: In addition to our earlier demands, we further demand that further empiricist details provided in this important letter of ours should be included in the legislative chambers’ investigations and expected actions.

Where It Concerns The Chairman Of The Police Service Commission: We demand the immediate stoppage of further promotions of persons into NPF various offices and ranks on the basis of the fraudulent and ethno-religiously and geopolitically lopsided NPF Officers’ Lists, particularly “CSP-IGP Senior Police Staff List”, until they are comprehensively investigated and restructured along federal character, equity and fairness lines. The names in the three lists should be totally re-arranged in line with federal character principle stipulation. The “CSP-IGP” list should be overhauled with an embargo on further promotion of senior officers of any geopolitical zone found to have dominated senior ranking positions to the disadvantage of other zones. Such embargo should particularly be placed on senior officers of Northwest zone in AIG and CP rankings. This should be followed by mass retirement and promotion exercises in the NPF in order to clear wrongfully filled vacancies and re-fill them geopolitically and equitably.

It is our further firm demand that the 12 NPF Zonal Commands headed by AIGs should be restructured to give each zone two Zonal Commands. The 37 State/FCT Commands headed by CPs should be divided into six CPs per zone and the 93 serving CPs in the NPF should be divided into at least 15 CPs per zone. The 22 serving AIGs should be made 24 AIGs and divided into four AIGs per zone. Heads of other strategic police formations listed in the part-one of this letter should be overhauled along federal character, equity and fairness lines. The zone that produces IGP should no longer be allowed to produce two DIGs.

The PSC should take over for permanent keeping and maintenance of the three NPF Officers’ Lists under reference and assert its constitutional responsibilities including diligent promotion and posting of police officers other than IGP outside the confines of “IGP’s recommendations”. The IGP may be consulted.  This is more so when Section 6 (2) of the Commission’s Establishment Act of 4the January, 2001 clearly states: “the Police Service Commission shall not be subject to the direction, control or supervision of any other authority or person in the performance of its functions other than as is prescribed in this Act”.

Criteria for rank promotions and duty postings must remain on the basis of federal character, equity, fairness, meritorious and excellent duty performance known to international policing best practices domesticated in Nigeria. Officers to be promoted and posted must not be antagonists of the very law they are meant to protect. For instance, it will be counter-productive in securitization and ethical context to promote and post senior and junior police officers of criminal and gay backgrounds to fight and control crimes particularly armed robbery, kidnap-for-ransom and terrorism as well as enforce and uphold anti-gay laws. To this effect, all police officers, particularly the senior ones due for promotion and posting or those seeking to be promoted or posted, must be thoroughly investigated by the Police Service Commission. There is also need for gender considerations in future promotion and posting exercises. A situation where no woman presently serves as an AIG or a DIG in the NPF is not only a collective class warfare against women by the IGP and the PSC, but also a height of “women disempowerment”, which is locally and internationally frowned at and prohibited.