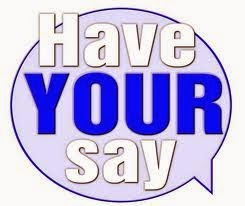 It behooves me to remind the great peoples of Niger delta that this conference is a unique opportunity for the region to reassert itself, place upon Nigeria and Nigerians a just and fair demand for resource ownership and control, which will benefit the country including opponents of the idea who have benefited from the concept during the regional government era and also currently controls their land and non-oil resources. Resource ownership and control as the name implies is clear. It isn't how to share revenue or raise the percentage of allocation based upon resources on other people’s land as those opposed to the idea will love to impose at the conference.

It is how each local, state or region and federal government can generate resources through creativity and investments, land ownership or acquisition and the resources therein. This is the noblest idea progressing countries, small businesses and large corporations around the world have adopted and are consolidating for the greater good. The concept of resource ownership and control also apply to individuals. Why not Nigeria as a country; why must the cabal continue to hold Niger deltans and other Nigerians hostage that they can’t use their land and otherwise resources to develop at their pace as applicable in civilized nations?

After these decades of exploitation, community agitation for change and violence toward the oil region therefore, if the status quo is protected by the conference, it will be the fault of President Goodluck Jonathan. He knew the number game and mentality of the tripartite ethnic groups of Northern, Western and Eastern regions’ politicians and leaders toward real change from the status quo, but convoked this conference as is.  He ignored equal representation on ethnic basis or a Sovereign National Conference, which will have balanced the imbalance at the conference and nation caused by multiple states created by these three ethnic groups for themselves as a measure to maintaining this imbalance hence exploitation and oppression.

Niger delta delegates at the conference will also be at fault and will get huge blames like Jonathan if they allow the powers that be to insist and impose a new revenue sharing formula based on oil and gas, and not courageously walkout at the appropriate time to protest such slavery and oppressive mentality. As it stands, I’m commending them for doing their best to represent the region by presenting the positions cited above. Niger delta people who aren't delegates to the conference will also have themselves to blame. The world will laugh at you and the region's struggle for justice may as well end, if you don’t unite, stand up and be ready to take your land and resources back from the rogue federal government controlled by the cabal of these three ethnic groups despite Jonathan’s presidency. You can’t continue to complain and not seize an opportunity favorable for a long awaited revolution. The world will not continue helping you without end, knowing that you’ve oil and gas. And you can’t continue to live as beggars in the midst of plenty.

Paying lip-service or showcasing fear and trying to be more Nigerian than the ethnic peoples you’re, can't end the injustice against the region nor cause the much needed freedom the country yearns. Hard and sometimes uncomfortable decisions/actions, which may pitch the institution and friends, family against you brings freedom and justice. It’s no longer sentimental as some may claim, rather realistic, the fact that Nigeria doesn’t care about Niger delta and other minorities.  All Nigeria expresses is greed for the region’s oil and gas. No one should deceive you/Niger deltans that anything known as “One Nigeria” exist but competition to steal and control the oil and gas wealth in your land. This oil and gas will one day or soon run out. What will happen then and who will the people suffering excruciatingly blame, if not stop the injustice now at all cost and use it for the development of the region?

This is a moral issue that will have the support of international public opinion as it already has. The federal government of Nigeria has no right to control anyone's or indigenous peoples' land and the resources therein. It can and should only control lands it buys or inherits by donation and trade-in for debt owed her. What is happening in Nigeria, where the government controls oil and gas land in Niger delta it doesn't own, by force/unjust laws influenced by Hausa-Fulani, Yoruba and Igbo politicians is against natural and international law-United Nations Conventions, which Nigeria claims to uphold. To this end Niger deltans have the fundamental right as land owners to standup and stop this unholy and criminal overreach by the government. There is no legal document showing the peoples of the region ceded their lands to the federal government or any document indicating purchase of same by the government or its agencies and proxies. The military constitutions, which have over the years institutionalize the theft of these lands were masterminded by the cabal which holds firm the status quo.

The laws misappropriating oil lands and resources, especially the Land Used Decree of 1978 and Section 42 Subsection 3 of 1979 Constitution which stays same in 1999 law and vests the right to oil land ownership in the federal government/ cabal were and still are illegal. They discriminate against lands own by minorities yet protect Hausa-Fulani, Yoruba and Igbo lands because they aren’t considered oil and gas prospecting. Most oil blocs in Niger delta are allocated to Northerners, Yorubas and Igbos. Surprisingly, the north still uses Boko Haram to claim marginalization even though most Northerners have also ruled the country since its 53 years of existence (1960 to date). They’re making governance difficult for Jonathan, the first Niger deltan to rule the country, and showing signals to what may come if a Northerner doesn’t take power in 2015. So what other signs does Niger deltans need to understand Nigeria wasn’t created to benefit them or formed for the Jonathans of Niger delta, as my published article of Nov. 2, 2010 states?

My people, the alternative to resource control resistance, blame and shame that will come on Niger delta will be for the delegates to courageously stage a walkout as mentioned aforesaid. They’d thereafter return home to mobilize, stop the oil flow and prepare to network and separate from Nigeria, if no plan is already in place. We must understand that this is 2014 and not 1967. The world understands Niger delta issues and the country more today than during the Biafra-Nigeria Civil War. Oil and gas, as seen around the world have humongous importance that will not be replaced overnight. Oil money smelling in Nigeria, though in the pockets of few; the leverage Russia has in Europe, hence its insistence and maneuvering in the Ukraine crisis are pointers to the influence or power oil has.

Also note that Tanko Yakassi is one of the many Hausa-Fulanis or Northerners opposed to resource control at the conference as he’s always done with threats. He’s the same Northerner credited to have boosted in about 1993, as was reported in the media that, when Igbos attempted to take the oil away (in 1967) the likes of Adekunle were sent to crush them. So if Ogonis attempt to take the oil the Adekunles (of Yoruba) shall also be sent to deal the people some unforgettable blows. Paul Okontumo, who bragged of having more than 200 ways of killing people, was sent to terrorize and torture, kill Ogonis the same way they killed Adaka Boro who first organized resistance to this injustice. We saw what happened to Umuechem, Odi and other communities in Niger delta, not to mention the environmental catastrophes threatening the entire region.

As earlier postulated, the fault will be President Jonathan's, Niger delta delegates who understood the number-game is against the region, but accepted to be in the conference because it's called by one of their own (Jonathan), even though they know he seems confused sometimes so accepting what's handed to him by the oppressive cabal. There is hope: Niger deltans should be prepared for real revolution or have themselves to blame. You shouldn’t continue to expect pity or help from any group and foreign organizations, governments in particular, who also have thousands of issues to deal with in their countries. The time to show you’re ready for justice and be free is now and the world will assist you! You’d be prepared to cut, stop the oil flow, ready to shut everything down if the North and others stays stubborn and obstinate or recalcitrant as always to the end of the conference, thus further protect the status quo ante. Work with them if they’re willing to concede the idea of resource generation, ownership, control and management, which they’ve benefited and still operational to their non-oil lands.
Posted by PublicInformationProjects at 10:47