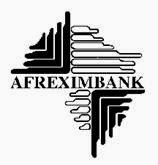 The Democratic Republic of Congo (DRC) has taken its place as the latest African country to become a member of the African Export-Import Bank (Afreximbank) with the signing of the instrument of accession to the Bank’s agreement.

In a formal letter conveying the Government’s action to Jean-Louis Ekra, President of Afreximbank, Patrice Kitebi, the DRC’s Minister of Finance, said that the decision to sign the instrument was taken by the Council of Ministers on 22 April when it decided that the country would accede to the Bank’s Establishment Agreement.

Welcoming the signing of the instrument, Mr. Ekra said, “The decision by the Democratic Republic of Congo to formally accede to the Afreximbank Establishment Agreement brings us closer to the realization of our objective of making the financing programmes and facilities of our institution accessible to businesses across the length and breadth of the African continent. We look forward to the active and positive participation of the DRC as we work to bring about greater economic integration in Africa.”

Describing the signing as very timely, Mr. Ekra said that the membership would bring significant benefits to the DRC as the Congolese private sector could now to take full advantage of the Bank’s numerous financial offerings at a time when the economy is booming.
Mr. Kitebi, who led a high-powered government delegation on a fact-finding mission to the Bank’s Cairo headquarters on 13 February, had told Bank officials that the DRC would require support in such key sectors as agriculture, mining, exploitation of forest resources and private sector development.
Under the terms of the 1993 Abidjan Agreement on the establishment of the Bank, countries that did not sign the Agreement before it entered into force, are required to issue an instrument of acceptance and accession and then to ratify the Establishment Agreement in order to fully activate their membership.
Current participating members include Angola, Benin, Botswana, Burkina Faso, Cape Verde, Cote d‘Ivoire, Egypt, Ethiopia, Gabon, Gambia, Ghana, Guinea, Kenya, Malawi, Mali, Mauritania and Mauritius.
Others are Mozambique, Namibia, Niger, Nigeria Rwanda, Senegal, Sierra Leone, Sudan, Tanzania, Tunisia, Uganda, Zambia, Zimbabwe, Cameroon, Liberia and Seychelles.
The DRC’s neighbour, the Republic of Congo, signed the instrument of accession in July 2013.
Obi Emekekwue
Afreximbank External Communications
Posted by PublicInformationProjects at 01:07