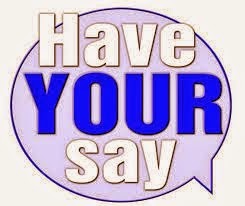 On 26th and 28th of March, 2014, our organization, International Society for Civil Liberties & the Rule of Law-Intersociety issued part one and two of this public statement. The two-part statement was titled: “Squandermania At The National Confab: How Nigeria Borrows to Squander Amid Protracted Industrial Crisis in Higher Education (1 & 2)”. This part three of it, which borders on suggestions and solutions, is second to the last part. In other words, the coming part four is the concluding part.

Suggestions & Solutions (1): It is a fundamental truth that one of the major challenges facing the economy of Nigeria presently is high or astronomical cost of public governance. Monumental wastage and corrupt practices are other factors. All these are cloaked in the layers of “clueless public policies and mercantilization of public governance in Nigeria”. These and related others are holistically responsible for the stunted performance of the country’s economy in the past 34 years. The healthy performance of Nigeria’s economy was briefly witnessed in the first quarter of 1970s to 1980 and in 1997(when Nigeria recorded a federal budget surplus of N47 billion). It showed a sign of recovery in 2006 after Nigeria’s exit from Paris Club of Creditors and consolidation of the banking system and collapsed again from 2007 till date. Apart from these short periods of slightly healthy performance, the country’s economy has since stocked in “poverty in the midst of plenty”, propelled by bloated governance costs, corrupt, mercantilist and visionless public policies and governance styles.

One of the solutions to the sorry state of the country’s economy is drastic and downward review and tackling of “allowance squandermania” in Nigeria. It has been discovered in the course of our investigation into the abysmal performance of Nigeria’s economy and good governance policies that public salary and pension scheme in the country is not a spanner in the wheel of the country’s economy, but allowance pay scheme. In other words, the country’s economic downturn has nothing to do with salary and pension package for her top public office holders and public and civil servants. Good a thing, while public salary and pension policy is statutorily and rigidly instituted with universal application, the public allowance pay scheme is flexible and subject to easy modifications according to the state of economy of a given social clime. When an economy begins to feed the few in a bloated manner and starves the majority socially, then there is not only a serious problem, but also an urgent surgical intervention is needed to reverse the trend.

Using as a statistical example the annual wage pay of the country’s 11,788 elected councilors, deputy chairmen and chairmen in the 776 Local Government Councils, contained in “ the Salaries & Allowances for Top Public Office Holders’ amended Act of the Federation of 2008, it is shockingly discovered that out of a whopping sum of N592 billion (about $3.6B) spent on them in the form of “ annual salaries and allowances”, only N42 billion (about $260M) is spent on their salaries, while a whopping sum of N550 billion (about $3.42B) is spent on their allowances. This simply means that less than 8% of this huge sum is spent only on their statutory salaries, whereas the remaining 92% goes for their allowances. This is totally unacceptable to us at Intersociety.

Borrowing from the foregoing, it may most likely be correct to say that out of a staggering sum of N1.723 trillion (about $10.1B) budgeted for “real recurrent” (salaries, allowances and emoluments) for public office holders, public and civil servants of federal category in the 2014 budget proposals, less than one-third would go for salaries, whereas over two-thirds would be kept for their “allowances and emoluments”. This explains our call for the immediate reversal of such governmental thievery. This has also been responsible for acute statutory allocations to capital projects, which, in turn, is responsible for mass poverty owning to near-absent of social infrastructures, social welfare schemes and employment opportunities.

It is our suggestion that all public allowances in the country, irrespective of names called, should be cut down by 50% so as to recover enough money for capital development, provision of social welfares and turning the country off from acute borrowing and debts servicing  policies. For instance, if the N550 billion for LGAs’ top officials annual allowances are halved, a staggering sum of N275 billion will be recovered every year. If approximately N1.5 trillion meant for allowances and emoluments of the federal public office holders, public and civil servants in the 2014 budget proposals is halved, an intimidating sum of N675 billion will be recovered and if N10 million meant for the payment of the gratuity of a Grade Level 15 public or civil servant retiree, is halved, N5 million will be recovered.

It is also very important to inform the policy makers in the country and those attending the National Confab that there is need to streamline in the Constitution the number of political aides to be appointed by top public office holders and what will be paid them as allowances. This is because a situation whereby a minister has as many as 10 assistants with bloated public allowances for them is totally unacceptable. At the 469-member National Assembly of Nigeria, there are over 1,300 assistants alone, who are serviced monthly from Nigeria’s commonwealth.

Apart from bloated ministerial cabinet size of President Goodluck Jonathan’s administration, there are over 500, if not 1000 assistants working under the President Jonathan, the Vice President, the ministers, heads of top federal departments and parastatals. At the States, there are between 100 and 1000 assistants in each of them. In the State Houses of Assembly and LGAs, there are thousands of such political aides attached to them. The amended Public Pay Act of 2008 also contained staggering amount for monthly servicing of these “inferior political aides”. In all, there may most likely be over 25,000 “inferior political aides” working for 17, 500 top public office holders in Nigeria, who draw their monthly allowances from the country’s commonwealth.

In 2002, when Nigerians went to sleep, the arrow heads at the Presidency and their co-travelers at the National Assembly immorally and criminally too, created and recognized through an unpopular Act of Parliament, 17, 500 top public offices and allocated a whopping sum of N755 billion annually for the upkeep of those manning them. As the likes of late Chief Gani Fawehinmi, SAM, SAN, was contesting it, they gathered again in the wee hours of 2008 and jacked it up to N1, 113 trillion per annum. This marked the beginning of “public allowance squandermania” in Nigeria, which has also been extended and duplicated in the federal appropriations. The aspect of this thievery in the appropriations is called “real overheads”, where the likes of the Senate President and his office is allocated a whopping sum of N250 million ($1.55M) every three months in the form of “overheads”.

In view of realities on the grounds, which make it impossible for members of the National Assembly and the Presidency to popularly reverse this ugly and dangerous trend, the sacred responsibility now falls on the Conferees at the National Confab to revisit it and ensure its immediate and constitutional reversal. To this effect, the number of ministers at the Federal Executive Council and Commissioners at the State Executive Councils of the States should be trimmed down. The number of political aides for the 17, 500 top public office holders in the country should be trimmed down as well.

We firmly recommend one “special assistant” for each of the 17, 500 top public office holders under reference, to be serviced monthly from Nigeria’s commonwealth under a constitutionally or statutorily stipulated monthly allowance. The President, Vice President, Governors and Deputy Governors should make do with their constitutionally approved “special advisers and above.  On the other hand, all the top public office holders under reference will be at liberty to recruit as many “inferior political aides” as their purses can carry them provided they are forbidden constitutionally and statutorily from servicing with from the country’s public wealth.