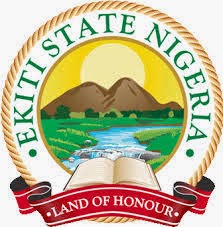 The Centre for Rights and Grassroots Initiative (CRGI) is disappointed and condemns in strong terms the crude, barbaric, unconstitutional, irresponsible and criminal pockets of violence that has characterized the campaign train in the run off to the gubernatorial elections in Ekiti State and wish to admonish the perpetrators to sheathe their sword in the interest of peace and tranquility of Fatherland.

We recognize that a period of campaign in a democratic process represents a window opportunity for aspirants to endear themselves to the hearts of the electorate for votes by reeling out their manifesto rather than what obtains presently whereby there have been pockets of violence which have resulted in injuries,  damage to private and public properties and a blur on our sensibilities.

We are hereby using this medium to admonish the electorate to be extra vigilant since it is the watchword for democracy and reject at the polls, aspirants who believe that the only way to gain public attention is to unleash violence on the people rather than engaging in issues driven campaign. We also want to enjoin them to report any security threatening acts or action to the security agencies.

We as well want to encourage the security agencies to be alert and impartial in the discharge of their constitutional responsibility and rise up to the occasion to arrest this negative trend of violence in our body politics. We as well want to encourage them to step up their intelligence apparatus in this period when gubernatorial elections has been proclaimed as war so as to prevent any untoward developments which is inimical to our peace and democracy.

We equally condemn Vice President Namadi Sambo for his reckless,  irresponsible, irresponsive and undemocratic statement of describing the gubernatorial elections in Ekiti and Osun states as going to war and hereby admonish President Goodluck Jonathan to immediately reprimand his misguided and idle Vice President for bringing the Presidency to public opprobrium.

To INEC, we want to enjoin them to keep watch over the activities of the political parties and aspirants in this period of campaign and take necessary  actions in consonance with the Electoral law to bring any defaulting party to book for breach of the Act. The time has come now for INEC to be seen as effective, as a dog that bites rather than its toga of a toothless bulldog which is disappointing.

To the enemies of democracy who want to sabotage this process before elections through violence, we are using this medium to admonish them to quickly beat a retreat and turn a new leaf by joining hands with patriots who are desirous that the Ekiti gubernatorial elections must not only be credible, but must be free, transparent, fair and must reflect one man,  one vote, one woman, one vote, failure which they will meet their waterloo courtesy of the peoples wrath which is like a consuming fire.

A word is enough for the wise!
Signed: