Article: FERMA Federal Task Force Is A Violation Of The Laws OF Nigeria 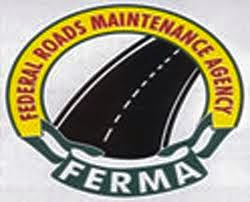 The apprehension of FERMA Federal task force operatives by the Lagos state command of the Nigeria Police is not only commendable but must be appreciated in view of the fact that they were only living up to their constitutional responsibility of protecting lives and properties.

Traffic management is not only a national issue but an international one which involves safety of human lives. Management of traffic involves training about its rudiments which is crucial and also in view of  the United Nations statistics released in 2011, in which Nigeria ranked no 191 out of 192 countries with the worst rates of road accidents globally with 162 death rate per 100,000 population.

According to the World Health Organization (WHO) estimates, over 1.3 million people are killed annually in road accidents while over 50 million people sustain different degrees of injuries from such crashes. It was predicted that if action is not taken to arrest this dangerous trend, that deaths from road accidents in sub Saharan might over take deaths from HIV/Aids.

In view of this alarming statistics of road accidents which is caused by a number of factors, it would be suicidal, irresponsible and inhuman of any serious government to commit the lives of innocent road users to a bunch of untrained persons. Definitely, Nigeria must exhibit strong commitment through positive actions if we are to be taken serious in view of our renewed commitment to road safety in stemming avoidable fatalities resulting from RTC’s and as a result of which the decade 2011-2020 has been declared the ‘UN Decade of Action on Road Safety’ with the goal to reduce the number of fatalities caused by RTC’s by 50 percent by the year 2020.

A dangerous dimension to the menace which the FERMA operatives wanted to constitute on the road before they were arrested and which should be a source of concern to every patriotic citizen is that this task force is not a creation of the law, whether state or federal. The question that came to my mind is that, are we a banana republic where any person or group of persons can just gang up and take over our roads or public institutions which is built and maintained with tax payers money? Have we lost focus of the fact that a society can only exist and thrive when there are regards for due process and rule of law? So in this context, one can appreciate the action of the police in arresting this illegality before a bad and dangerous precedence is set.

We also need to ask and know, if this federal task force have been established in other states of the federation to manage traffic even though, they don't have the backing of the law? If the answer is no, then we should all be alert because Yoruba's say that "Igi gogoro ma gun ni loju, o kere la ti nwo" meaning a stitch in time saves nine.

Another cause of societal concern is that if these operatives of FERMA had been allowed to continue their illegal and unconstitutional activities on the road, they would have compromised the security of lives and properties in Lagos state with their style of operation which involves wielding sticks and other dangerous weapons.

However, one cannot but condemn the sponsors of these illegal outfit called federal task force who have taken advantage of the unemployment crisis in the country to exploit our youths by fraudulently obtaining money from them, endangering their lives and enlisting them into an illegal body. Our findings revealed that the innocent youths employed as the federal task force operatives paid huge sums of money ranging between eighty thousand and one hundred and fifty thousand naira to enlist, procure uniforms and open bank accounts into which they were promised that their salaries would be paid into, what a scam!

One is hereby calling on the Lagos state police command to immediately investigate the activities of this task force and ensure that the full weight of the law is brought to bear on the sponsors of this illegality and criminality.

While commending the Lagos state police command under the leadership of Mr. Umar Manko for acting swiftly to prevent a breakdown of law and order, it is equally important to reiterate that the police must ensure that the fundamental human rights of the offenders is not violated by arraigning them in court as quickly as possible in line with constitutional provisions.
Posted by PublicInformationProjects at 11:00