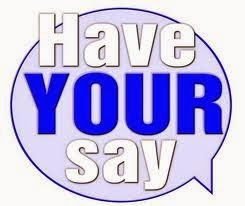 Looking at the way things are going at the so-called national confab, it's proper to declare that the status quo will remain to boost the cabal and rich while the common man stays at usual crossroads counting the stars and waiting for a God they're promised but nowhere to be found as their worsening conditions deepens. So-called Thirteen percent has been forced by the north to stay and a better federalism that will work with a regional system and crush the current states' structure, which benefit the north and others will also not be the outcome.

This is based on the Bible or Quran according to Northern dictates. I'm not surprised because I sounded the warning from the beginning that the confab is about boosting political interests, especially Jonathan's 2015 electability since he's nothing worth of an iota of good leadership to show but advanced corruption and total insecurity at all corners of the country.

I was succinctly clear when I opined that nothing will come out of the conference, even though there was small room left for a possible radical change. The core issues I cited to be the crux of the matter that will determine the conference seriousness and sincerity have been touched and nothing positive has come out. They're resource generation and control or ownership, true fiscal federalism, which should come with the recreation of the current states structure or a return to regionalism, which worked well for the country in the early days and will dismantle this state structure used mostly as a pipeline for sucking oil money from Niger delta, hence the obvious corruption and bloodletting.

The conference has no room for resource control or ownership, and has referred it to the air in the guise of the need for amending Section 44, Sub 3 of the illegal military constitution of 1999. Jonathan and the conference delegates knew there was no constitutional law permitting the amendment of the illegal constitution by the delegates, but went ahead with the dead on arrival confab. The so-called Committee on Power devolution and other matters has concluded recommendation that the current thirteen percent derivation fund stay intact. This comes after the north greedily and criminally resisted the idea of resource control or ownership introduced and insisted upon by Niger delta delegates whose region have the right to control its lands and resources of oil and gas among others  therein and like the north control its lands and resources of agriculture and solid mineral that abound to the peoples' benefit.

The north has insisted to continue sucking oil from Niger delta to run their nonviable states...an idea which led to their staunch stance on allowing resource control demand to succeed, and that the current structure of the country, including state which they've the most should remain. That's, the north opposed regionalism, states recreation, resource control and anything that will change the way the people there suck oil money. Northern delegates' position has come to stay as Jonathan/federal government promised them to save his head before they agreed to take part in the confab.

Some of us knew the games and outcome. Therefore, a complete waste of time, money and deceit of the people is the conference. The confab may change one or two things that really don't matter when considering the age-long problems. Such changes will have no impact on tension reduction, thus the country will stagnate and never move forward. The status quo that has come to stay will cause further injustice, marginalization and conflicts, up to disintegration as I and some others  predicted.

Consequently, Niger delta delegates can walkout of the plenary session coming up next week or so, and return home to educate and mobilize the people to stop all oil from flowing. This way we will see who own the Niger delta land hence the oil and gas the north wants to die and have killed too many for. Walking out could also mean moving forward with a new country, since this imposed one has no respect for the region nor respect for human lives generally. The former will be the best option for Niger delta and will encourage others to possibly sick independence from Nigeria. Nigeria's disintegration is the best thing the peoples of the rogue British baby-crooked nation (Nigeria) need for a breather.

There can be no best time to act and secure freedom but now, that it's become obvious the suffering will continue because the status quo ante, which benefit the north-particularly Hausa-Fulanis and their nonviable but oil-sucking states and other ethnic groups which have the most states next to Hausa-Fulani and the north in general. The freedom Niger delta and any other group deserve includes the freewill, right to a nationality of choice or live anywhere a person or ethnic indigenous peoples want so as to determine their socio-political, economic and other life without hindrance. Niger deltans must cease to suffer by seeking to be free from tyranny and gross exploitation and disregard.

If the oil-rich people are denied the right to their resources, so they can pay taxes to the federal government as operational in other federations, and this same people  chooses to remain in Nigeria and continue enduring this inhumane treatment by accepting another sharing formula of thirteen or whatever percentage for the wealth of their land then something the wrong with this people. How can they continue to concede sharing formulas to a people (Northerners) who have no sensitivity or the slightest respect for Niger deltans to the extent that their delegates requested that the people of the oil region should be relocated to somewhere else in the country since they complain about the environmental consequences of oil exploitation? I wonder what else the oil-rich people need but to declare themselves as 21st century slaves should they close their eyes, don't control their land and resources and continue with the status quo. Or what else do they need to determine that Nigeria isn't a place for them, therefore the need for a holistic march to freedom?

Meanwhile,  note that the opposing and proposing views on resource control, plus the relocation comment on Tuesday led to the Niger delta delegates walking out of the session and it ended unceremoniously as was reported by Nigerian Pilot of May 13, and republished on Premium Times, though the Nigeria media seems to generally keep silence over it-whether it's true or false.
Posted by PublicInformationProjects at 01:50