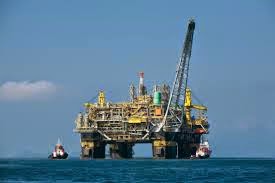 The ongoing national conference has been fraught with some very controversial issues one of which is the agitation for control of resources by the delegates from South-South Nigeria pitching them against their Northern compatriots. If the last resource control debate at the confab had lasted for 30 more minutes, insults and fisticuff would have ensued; such is the fervor with which such issues are debated. The northern delegates have never flinched while openly canvassing for their region in a manner that irks the South. There is a certain predisposition from the northern elders at the confab that some have described as arrogance. It appears they want to lord it over the Niger Deltans to control their God given resources. The self-acclaimed marginalised Nigerians from the south-southargue that the federal government, the oil majors and the Nigerian elite have grown fat and rich on the petrodollars from the oil producing regionand it is being used to develop other parts of the country whileneglecting the people from the Niger Delta to groan in the squalor of the pollution and environmental degradation of oil exploration activities.

In the most dishonest manner, northern leaders have taken a stand in the face of profoundly disturbing spate of bloodletting; they blame the poverty in the North on the 13 percent derivation of oil revenue given to the Niger Delta states. Recently, Governor Murtala Nyako made allusion to this in his scathing criticism of the federal government contained in a missive to the Northern Governor’s Forum that poverty and illiteracy has festered terrorism which would have considerably been reduced if the revenue from Nigeria’s oil were more equitably distributed. In the words of Niger Delta elders, such comments are unfair and lack appreciation of the fact that the oil-producing states are the goose that lay the golden egg.Gov. Nyako failed to realise that there are non-oil producing states in the South who receive meager allocations like those in the north buthave managed to steer the ship of state aright.

Former governor of Central Bank, Sanusi Lamido Sanusi, while he was still Governor of the Bank, shared similar sentiments expressed by Nyako and many northern elders at one point in time or another on the meagre allocation to Northern states from the Federation Account. Sanusi attributed the uneven distribution of the country's wealth to the upsurge of violence in the North and the rabid Islamism that snowballed into Boko Haram and other terror groups. Add the clamour for power to return to the North in 2015, then you get a bunch of 'elders' who are self-serving, whose parochial interest to gain juicy contracts, oil blocs and appointments is their motivation. They care less if poverty, diseases and illiteracy is ravaging the ordinary northerner.

Northern elders should be more concerned about keeping our nation united at this trying time. Above anything else, leaders of the North have abdicated their responsibility. They have failed in calling their youths who run the state ragged with mindless killings and abductions to order. Theirs remind us of the Niger Delta restiveness. Oil installations were vandalized and sundry militant activities to boot, the elders in this region called the youths together with their leaders in the creeks and presented the government’s amnesty program to them. The rest today, is history. Amid the horrendous terror extremists have unleashed on Nigerians, the elders of the North have been unable to call them to order. These are the issues that they ought to grapple, because with rising insecurity, no meaningful development can take place even with so much oil money to spend.

However, the issue of resource control and revenue allocation formula is so contentious that none of the revenue sharing formulas adopted at various time by different regimes since 1964 has gained general acceptability with the Nigerian people. It is instructive to note, that under the independence constitution, the revenue sharing formula allocated 50% to states who owned resources and they merely paid taxes to the federal government. That was the time of groundnut pyramids, cotton, tin, hides and skin that were produced by the North. But as soon as oil became the main source of revenue, everything changed, it was reduced to 13 per cent. From the foregoing, it is glaring that derivation has essentially become a political rather than economic tool.

The oil rich state of Texas (in the United States, where we copied and pasted our democracy), does not mine its oil for the government in Washington to split among the states in America.The practice of true fiscal federalism has ensured that Texas’ resources are controlled by private individuals and companies involved in exploration but taxes are paid to the federal centre. That is what the people of Niger Delta want. Government should empower each federating unit(or geo-political zone as they are called now) to control its own resources with which they can develop their regions at their own pace. According to the late sage, Chief Obafemi Awolowo, revenue from resource control should accrue to individuals, not the state, and power should be devolved to the federating units. This he espoused as a veritable tool for rapid regional development.

The standard of living of Nigerians was higher when the three regions of the North, East and West were operational during the First Republic. The oil boom has brought its own share of corruption and hardship on the populace. In the First Republic, the poverty rate was 16 per cent. Now it is 75 per cent. Then, agriculture accounted for about 80 per cent of our export earnings.

What happened to the abundant mineral deposits in the North?Plateau, Nasarawa and Adamawaamong other states in the region have discovered over 32 different minerals from tin to silver, gold to lead and columbite. Individuals from those areas are allowed to mine these resources with the revenue accruing to them but oil revenuefrom the south-south is the one that must be shared at Abuja for the states of the federation.

The North can learn from Japan to free its econ0my from oil (a non-renewable source of energy that will dry up a few centuries away) and seek alternative source(s) of revenue. Japan has no single drop of oil but has been able to fast track its development to become one of the leading economies in the world. They have made a success of their country by tapping immensely into their human resources.

The current arrangement that all oil discovered on and off shore belongs to the Nigerian state has to change with the window that the national conference presents.Those who bear the brunt of the degradation and other hazards of oil exploration that has destroyed the ecosystem of littoral states should be in control of their resources. As a delegate at the confab posited, if the petroleum deposits in the South were owned by the North, as their antecedent have shown, they would still enjoy 50% resource control as in the days of groundnut pyramids.

Beyond the question of whichstate gets what, it will be interesting to know howjudiciously the billions of naira the states collect as monthly allocation from thefederal governmentare being spent.Federal allocation is moreor less the governors monthly pay cheque. And your guess is as good as mine where the large sums they collect as security vote ends.

(Ilevbare is a public affairs   commentator. Engage him on twitter, @tilevbare and his blog,http://ilevbare.com.)
Posted by PublicInformationProjects at 08:45