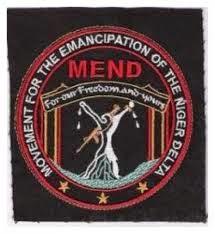 The Movement for the Emancipation of the Niger Delta (MEND) condemns in the strongest terms the abduction of over 200 school girls by the Boko Haram group.
We join all well-meaning Nigerians and the International Community in demanding for their immediate and safe release.

The Nigerian government have been slow in accepting help from the United States and other Western countries due to their attempt to cover up their ill-equipped and corrupt military, incapable of matching the firepower of the Boko Haram group.

The Movement for the Emancipation of the Niger Delta (MEND) once again uses this medium to call on the National Assembly to rise up to their responsibilities to the nation and launch a probe into the Defence budget and make Nigerians understand how the military can justify their lack of military resources against the huge Defence budget allocated to the Defence Ministry each year.
With the denial by the Nigerian military, the world should ask, is this the same military that earlier lied to the world that they had rescued the abducted girls?

We have constantly warned Nigerians about Goodluck Jonathan and his train of sycophants running the country. Events of the last few weeks have vindicated our position on the inability of this man to lead Nigeria anywhere but downwards. Rather than address serious issues facing the nation and its citizens, Goodluck Jonathan, bereft of ideas and encouraging mass division in the country, is busy squandering public funds and throwing money at every visible problem with no clear long term vision towards a sustainable polity, while his train of sycophants continue to use their “anti-Jonathan” rhetorics in their defence. Furthermore, every level of his government appears to be engineered towards his re-election in 2015 as was seen by the world barely 48 hours after the recent bomb blast in Nyanya, Abuja.

With each passing day, the inept, corrupt and incompetent Goodluck Jonathan sadly confirms the bitter truth that a man that was not even capable of leading a State is obviously not Presidential material, will never be and thus hardening the determination on the part of decent Nigerian society to get rid of him as quickly as possible. Goodluck Jonathan is disgustingly corrupt, has always been one and his association and shielding of corrupt government officials, coupled with his ungodly desperation and criminal-cum-undemocratic tendencies has made him a primary enemy of Nigeria and Nigerians today.

Kidnapped And Freed Dutch Nationals:
The same group that was involved in the kidnap of President Jonathan’s adopted father was responsible for the recent abduction of the three (3) Dutch nationals.

We welcome their decision to finaly release their hostages as adviced by MEND as they had nothing to do with or connections with any of the multi national oil companies operating in the Niger Delta region.

This group adviced that although their primary motivation was for ransom, they also wanted to use the kidnap to highlight the insecurity which still exists in the Niger Delta region and also their disgust, like MEND, with the fraudulent Niger Delta Amnesty Programme which has only made billionaires of a few thugs, at the detriment of millions of impoverished indigenes and the peace and security in the region.

In the words of Professor Wole Soyinka, “This is a government that is not only in denial mentally, but in denial about certain steps to take” and “All the pretence, indifference and denial have ended”.

Jomo Gbomo
Posted by PublicInformationProjects at 09:46