Open Letter: Demand For Presidential Invitation Of The ICC To Nigeria (Part2) 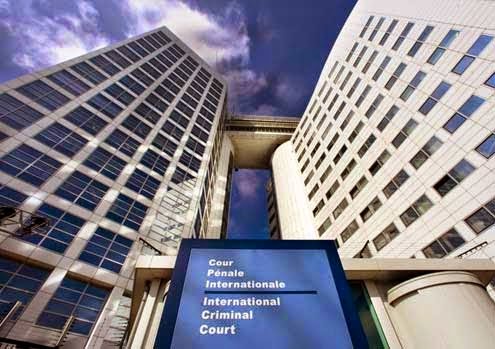 Sir,
Boko Haram Terror & Other Unlawful Killings: A Demand For Presidential Invitation Of The Chief  Prosecutor For International Criminal Court For Investigation & Prosecution Of Crimes Against Humanity, War Crimes & Related Others-Part Two
(Rule of Law & Security,
In addition to the World Igbo Congress account Your Excellency, it is our (International Society for Civil Liberties & the Rule of Law-Intersociety) discovery that there is a systematic plan by Boko Haram violent sect to wipe out all Christian communities in the north. Though top public security managers and governing authorities in the country have tried to cover up the identities of those felled by Boko Haram bombs and bullets, but credible findings by leading socio-cultural groups and human rights organizations have glaringly disclosed that Igbo-Christians and other Christians from the north are the worse victims of the sect’s butchery. The OHANEZE Ndigbo in Jos recently disclosed that out of 118 killed on 20th May in Jos, 36 were Igbos.  It is possible that the complete identities of Igbos who died in the blast were not captured. It may also be correct to say that out of 71 and 19 innocent people killed in first and second Nyanya bombings of 14th April and 1st May 2014, up to half of them are Igbos. The entire minority Christians of northern States of Bauchi, Borno, Yobe, Taraba, Adamawa, Gombe, Plateau, Kogi, Kaduna, etc are in a verge of being wiped out. Most of the areas attacked or being attacked by the sect in the north have been discovered to be areas populated by northern minority Christians and non-northern Christian dwellers.

716 Nigerians Killed By Boko Haram Terror Sect In April & May 2014: In addition to 681 citizens killed in April and May 2014, which we captured in the first part of this public important letter to Your Excellency, at least, 35 more citizens of the country were massacred by Boko Haram violent sect in late night and early morning attacks in Gamushi, Amuda and Arbokko villages in Borno State, Northeast Nigeria. The three villages are close to Cameroonian border with Nigeria. In the murderous attacks that took place in Gamushi at about 6: am and Amuda and Arbokko at about 2: am on Thursday, May 28, 2014, 26 citizens were massacred in Gamushi, while 9 others were killed in Amuda and Arbokko villages. The media including AFP, residents and a local military sources said that the murderous Boko Haram sect stormed the areas in all-terrain trucks and motorcycles and attacked them with petrol bombs and guns and slain, at least, 36 of the villagers who were asleep. This latest bloody attack brings to 716 innocent Nigerians killed by Boko Haram in two months of April and May. One of the local residents that gave account of the killing is Mr. Tirda Takweshe, a minority northern Christian. This suggests that northern Christian communities in the areas are the target and victims of the callous attacks.

In all these, host and dwelling Christian communities in the affected areas were the main targets and worse hit. Most, if not all the killings under reference have remained criminally and judicially unresolved till date owing to “unwillingness” and “inability” of the past and present governments in Nigeria to apply municipal code sanctions and visit them against the group and individual culprits including government agents or agencies found involved. The said successive and present governments have also failed to protect civilian populations and other vulnerable classes of individuals including women and children from such systematic and consistent violent attacks. Identities of the casualty victims have been mangled by the said past and present political authorities, who also denied them right to compensation via their loved ones and eternal recognition as “fallen heroes and heroines”.  The same malicious State treatments are visited against the physically and psychologically injured. It is possible Your Excellency that out of estimated 8,000 people or more felled by Boko Haram bullets and bombs since 2009, 40% or 3,200 are Igbo-Nigerians; another 40% or 3,200 are northern minority Christians; and the remaining 20% or 1, 600 non-northern Christians and Muslims/ members of other religions.

For the purpose of subject matter warranting this letter of ours Your Excellency, we are concerned ourselves with major terrorist and other unlawful killings that took place in Nigeria after June 2002; that is to say when the International Criminal Court and its Statute came into effect for purpose of its jurisdiction and investigative and adjudicative competence. As Your Excellency may know, the Rome Statute of the International Criminal Court was enacted in 1998 and opened for signing and ratification months went by. It came into force on 1st July 2002 after its Statute was deposited with the Secretary General of the United Nations. The Federation of Nigeria now under Your Excellency’s leadership signed the Statute on 1st June 2000 and ratified it on 27th September, 2001. Presently, the Rome Statute of the International Criminal Court has 122 State-Parties including the Federation of Nigeria, out of the present 193 member-States of the United Nations. The 122 member-States of the Rome Statute are called “Assemblies of the State-Parties”. Out of the 122 member-States of the Rome Statute, 34 are African States, 18 are Asian-Pacific States, 18 are Eastern European States, 27 are Latin American and Caribbean States and 25 are Western European and other States.

International Coalition Against Boko Haram Terror: Though grossly belated, but Your Excellency’s bold step in crying out for international advisory military assistance is a commendable one. It is a truism that Boko Haram terror has gone scientific and global. It is also a truism that Nigeria woefully lacks effective scientific counter measures to tame the insurgent’s devastating onslaughts against the citizens of Nigeria and the State of Nigeria. Nigeria woefully lacks mental technology, preventive policing technology and ICT securitization technology direly needed to dwarf the violent sect. In other words, Boko Haram terror requires effective surveillance, security intelligence, preventive policing powered by electronic policing techniques and justice system powered by world best standards including maximum respect for human rights and dignity of human person. When an untrained or moronic security officer is armed with a gun, all his or her field approaches revolve around his or her gun and his or her head becomes empty. Same thing applies to BBC-born before computer criminal investigation security officer, who uses torture and summary killing as his or her only crime investigation toolkit.

In view of the foregoing Your Excellency, we wish to use this medium to appreciate the offer of international military and security intelligence advisory assistance to Nigeria by the Governments and Peoples of the United States, the State of Israel, the United Kingdom, the Republic of France and the Peoples Republic of China. The latest decision by the US Government to vote $5Billion for global fight against terror is also very commendable. The aspect that gladdens our heart most is the recent decision by the entire 15-member United Nations Security Council to impose sanctions against the “al-Qaeda-linked” Boko Haram terror group. The sanction will help to close off important avenues of funding, travel and weapons to Boko Haram, and strengthen global unity against the sect’s savage actions. The inclusion of Boko Haram terror brigade in the global Al Qaeda sanctions list is a global bold step in clipping the wings of the butchers of the jet age. The list currently includes 62 entities and groups, and 213 individuals, globally classified as “world generators of terrorism”, who are also subject to travel bans and under the world’s anti terror watch.

Need for International Criminal Justice Intervention: The ongoing global sympathy, coalition and advisory military actions against Boko Haram terror group in Nigeria will not be complete without invocation of international criminal justice code sanctions against those who sponsored and inflicted brutalities of shocking and deafening categories against innocent citizens of Nigeria. As we write Your Excellency, some known individuals and groups; some of them former top public office holders in the country, are reported to be holding clandestine meetings with Boko Haram leaders for reasons best known to them, but certainly not public oriented and beneficial. It is no longer news Your Excellency that reasons for Boko Haram insurgency are a mixture of politics, ethnicity and religion. There is a huge sympathy for the violent sect among leading Muslim northern politicians. In the lexicons of these leftist politicians, key leaders of the violent sect are known, but in the lexicons of the Federal Government and its security forces as well as Nigerian public, under Your Excellency’s political midwifery, its key leaders are unknown; though it is possible Your Excellency’s government knows its key backers and sponsors.

It is in a bid to end impunity and immunity enjoyed by those who perpetrate group crimes and other abominable atrocities against civilian populations in war and peace times that the International Criminal Court and its associated criminal courts were established. Today Your Excellency, Mr. Thomas Lubanga Dyilo of the DRC rebel or armed opposition group-called “Union of Congolese Patriots” has been jailed by ICC for 14 years for war crimes committed by his group in DRC. He was sentenced on 14th April 2012. Mr. Charles Taylor; the butcher of Monrovia and Freetown, who went into exile in Nigeria in 2003, is serving his 50 years jail in the UK, having been convicted in April 2012 on 11-count charges including terrorism, murder and child soldiering by the Hague based Special Crimes Court for Sierra Leone.

Another DRC warlord and rebel leader-Mr. Germain Katanga is serving 12 years jailed for DRC war crimes. He was convicted in March 2014. The current President of Kenya, Mr. Uhuru Kenyatta and his deputy-Mr. William Ruto are standing criminal trials before the ICC for their reported ignoble roles in the 2007 post general elections’ violence in the country. The ex President of Ivory Coast, General Laurent Gbagbo, who was deposed in April 2011, is also facing trial before the ICC for criminal death of 3,000 citizens in his country. The President of Sudan, Omar Hassan al-Bashir has become an international fugitive since his indictment by the ICC in March 2009 over atrocities his regime committed in Darfur uprising and civil war.