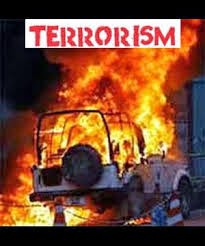 On Wednesday 11th June 2014, members of Anambra State Branch of the Civil Liberties Organization (CLO) took a stand against terrorism and other social vices plaguing the nation.

Contrary to the widespread impression already created in the media, what the CLO did was not a protest but a peacefully rally to take a stand on the prevailing situation in the country. It is beyond Chibok and Bring Back Our Girls slogan.

In the rally along Old Market Road, Onitsha, Anambra State, The CLO joined the rest of the world in condemning terrorism under any guise it is being perpetrated.  We called for the unconditional release of the abducted school girls and total eradication of all forms of terrorism, religious extremism and corruption in the country.

We called on the proponents of terrorism and bombings in Nigeria to remember that human life is sacred and no one has any reason to unjustly snuff life out of another person.

We reiterated the stand already taken by our sister organization, the International Society for Civil Liberties and Rule of Law that perpetrators of Boko Haram terrorism and insurgency should be tried in the International Criminal Court or the special United Nations Court or Tribunal.

We also observed that while negotiations and dialogue are ingredients of democratic process, it will be suicidal to engage in swap deal with the Boko Haram insurgents.   Rather, government should still explore other diplomatic ways of ensuring that the Chibok saga is resolved and terrorism abated in the country.

We also advised Nigerians who make political and inciting statements on the present security situation to desist from such but should find ways of addressing whatever is confronting us as a nation.

We made reference to the Americans who see their presidents as a status symbol of their great American citizenship and don’t unnecessarily vilify their Head of State like some are doing presently in Nigeria.

On the State of the Nation, we reminded the government that the security and welfare of the citizen remains its primary responsibility as enshrined in Section 14 (2)b of the Constitution.

We condemned the recent hike in electricity tariff as introduced by the National Electricity Regulatory Commission. We also called on the Electricity Distribution companies to ensure that power consumers get their prepaid meters to avoid exploitation and estimated billing system which has been the general practice in most parts of the country.

We also reminded the Federal Government of Nigeria on the need to fight corruption with utmost commitment and sincerity. The seeming deadlock in the prosecution of petroleum subsidy thieves, the prevailing culture of impunity and sleaze in the petroleum sector that has ensured the continuing importation of refined fuel instead of rehabilitation of our refineries. The non availability of kerosene at the subsidized rate of N50 and various ways the common man suffer in the midst of plenty in Nigeria.

On Anambra State, we commended the executive Governor, Chief Willie Obiano on the foot prints of his administration so far within the past 90 days . We reminded the governor on the need to ensure sustainability and supervision on his security strategies. We called for effective supervision on the activities of the Joint Task force set up in the state to ensure that their operations still fall between the ambit of rule of law and respect for human rights.

We noted that some of the “Operation Kpochapu” teams have abdicated from their responsibility to convert their vehicle into extortion basket where residents, commercial cyclists and traders are harassed and brutalized with the intent to collect illicit money by some of the policemen on duty.

As we were at the last segment of press interview after the rally, some group of boys suddenly joined us at the venue. They pretended to be listening to our discussion before they suddenly turned violent hitting our members and journalists with blows and stones.  They snatched our placards which bore the inscription of our positions on the rally as all of us ran in different directions for safety.

The hoodlums who were later identified to be MASSOB members also traced the Minaj Broadcast International (MBI) reporter to a store where he ran for cover and demanded for the recorded tape used in the rally. Unfortunately for them, they collected the wrong tape as the reporter being a clever young man had already hidden the correct tape in the store before they could trace him.

Contrary to some media reports that the rally was botched, we have already finished our programme and was at the last lap of the press interview before the boys stormed the place. Some reports also said that the CLO leader was beaten to coma and that he alleged that somebody from the presidency hijacked the protest while another reported that the MASSOB leaders who claimed responsibility for the attack said that the rally was sponsored by politicians to smear the image of the presidency.

All these are lies from the pit of hell because the CLO chairman reportedly beaten to coma was the same person who spoke to reporters after the incident and also attended other programmes of the day in Awka till evening with the same clothes he wore to the rally.

The rally never had any political undertone while no politician sponsored it. The Chairman never pointed accusing finger on anybody in government as the sponsor of the violence meted on their members.

In all, we thank God that the rally was a huge success while no casualties was recorded after the incident. All the journalists from the print and electronic media who covered the event all left with their gadgets intact while those who attacked us though misinformed, arrived late and even succeeded in promoting our cause.