News Release: Assault On Freedom Of Information, Movement And Economic Rights Of Nigerians 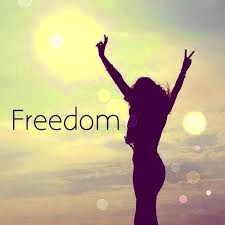 The Centre for Rights and Grassroots Initiative (CRGI) is shocked, disturbed and condemns in the strongest terms the crude, illegal, barbaric, irresponsible, unconstitutional and a return to stone age despotism assault on freedom of information, movement and economic rights by agents of the Nigeria government who have violated the fundamental rights of Nigerians through the seizure and arrest of newspapers distribution vans in Benin Warri road, Port Harcourt, Kaduna/Kano roads, Nasarawa/Jos roads as well as the specific clampdown on The Nation newspaper offices in Benin as well as the Nigeria Union of Journalist press centre in Benin City.
We regard this act of criminality and illegality by the Nigeria state against her citizens as not only an infringement of the fundamental rights to information as guaranteed under the constitution, but also as a violation of the right to movement, right to earn a living of the drivers, their personnel and corporate bodies and persons involved in the business of newspaper distribution whose economic and social magnitude cannot be quantified.
We are indeed saddened that at a period when all hands should be on deck towards arresting the drift of the Nigerian state, the government through her goons has decided to embark on this act of lawlessness, irresponsibility, criminality and unconstitutionality just to distract the citizenry.
We are also pained that at every point in time in our national history, our government continues to embarrass the Nigerian people in the comity of civilized countries through acts of barbarism as carried out by our security agencies on the media.
How one wish that the swiftness and efficiency through which the Nigerian state illegally and unconstitutionally clampdown on our irrepressible and dynamic press can be  deployed towards tackling our security challenges? Definitely, the issue of insecurity in Nigeria would have been a thing of the past.
We are hereby demanding an immediate recall of the troops of occupation from the roads, NUJ press centres and the release of the newspapers vans and personnel.
We are also demanding an immediate and unconditional apology to the media houses, the abducted distribution staffs and to the Nigerian people for this national embarrassment of an assault of their sensibilities.
We are equally calling on the National Human Rights Commission to immediately live up to its constitutional responsibility by investigating this abuse of the fundamental rights of Nigerians and recommend appropriate sanctions.
We are as well demanding monetary compensation to the media houses concerned and also urge all private and corporate bodies involved in the distribution of newspapers in the affected areas to approach the courts for monetary compensation for this infringement of their economic rights by the Nigerian state.