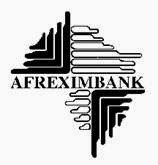 Determined to empower African countries to take full advantage of the many benefits of factoring as a trade finance instrument, the African Export-Import Bank (Afreximbank) will, on 13 June in Lagos, bring together legislators and regulators from across West and Central Africa for a one-day seminar to discuss the development of factoring in Africa.

Afreximbank said in Cairo that the seminar, which will take place at the Radisson Blu Anchorage hotel in Lagos, would help to heighten awareness about factoring in Africa and begin the groundwork toward a facilitative legal and regulatory environment across the continent.

“It will also give impetus to Afreximbank's work on the design and introduction of a model 'best practice' factoring law for Africa,” said Jean-Louis Ekra, President of the Bank.

“Because it provides businesses with access to credit without the requirement for collaterals and because it is backed only by the normal receivables generated in the regular course of business, factoring has emerged as a very important tool for promoting non-commodity exports and for support of small and medium scale enterprises,” continued the President.

“In today’s highly competitive world, this tool has the potential to place African businesses at near equal footing with the other parts of the global market,” he said.

The seminar will feature presentations by David Tatge of the law firm of Epstein Becker Green of the United States and Erik Timmermans, Secretary General of the International Factors Group, speaking on legal and regulatory aspects of factoring. Peter Brinsley of the consulting firm, PointForward, will deliver a paper on factoring concepts.

Participating in the workshop will be law makers, central Bank governors, heads of national stock exchanges and representatives of factoring companies and law firms from 15 countries in the West and Central Africa sub-region.