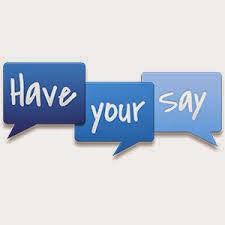 Introduction:
·     Whereas the National Conference of the people of Nigeria 2014 was inaugurated by President and Commander in Chief of the Armed forces of the Federal Republic of Nigeria on Monday 17th, March, 2014.
·
Whereas the convening of the National Conference 2014 was necessitated by the continuing crises of Nation-building and the convergence of the desire of the people and government Nigeria to take appropriate urgent steps to lay new foundation for a Prosperous, Unitedand Strong Country.
·
Whereas the President in his address while inaugurating the NationalConference 2014; had requested delegates to not only deliberate on solutions to our myriad of problems, but to also recommend modalities for implementing the report of conference;
·
And whereas the conference had upon inauguration itself adopted a work-plan including deliberations on modalities for implementing conference resolutions.

We the undersigned sponsors and co-sponsors of this motion being delegates to the National Conference of the people of Nigeria 2014, urge conference plenary to consider and adopt the following prayers:

PRAYERS:
·      That the President of the Federal Republic as Head of Government should upon accepting the recommendations of Conference, direct the MDAs to immediately take steps to implement the policy recommendations, as regards, review of existing policy, enactment of New Policy, Implementation and Enforcement of existing policies;
·
That the President should direct the preparation of Executive Bills accommodating the Legislative and Constitutional Reform and Amendment proposals of Conference and present same to the National Assembly such that the accepted resolutions of conference on the Constitution and Legislation will form significant parts of the legislative agenda and constitutional reform process of NASS;

AND
·     That the Executive arm of government should work with the Legislative arm to Ensure the speedy Enactment of a legislative framework for the conduct of Referendum on ConstitutionalMatters such that the constitution that emerges from the resolutions of conference processed by the NASS shall be subject to ratification via a Referendum.