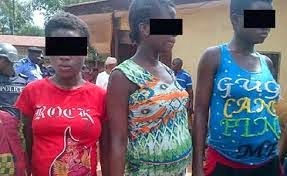 Report By Emeka Ahaneku
The bill for a law to prohibit baby racketeering through baby factory operations and every other arrangement by which babies are illegally transacted on and other matters connected thereto has passed through second reading in the Imo State House of Assembly.
Presenting the bill at floor of the House during plenary, the Chief Sponsor and Majority Leader Hon. Mrs. Adaku Ihuoma representing Ahiazu State Constituency decried the high rate of baby racketeering in the state and operations of illegal motherless babies homes in the state which provide the avenue for this criminals to racketeer  babies  as well as promiscuity among girls.
Supporting the bill, the member representing Mbaitoli, Hon. Victor Ndunagu revealed that baby racketeering is happening because there is excess demand for babies which sometimes lead to crude method of adoption noting that the bill should fine solution to the means of verifying licensed homes before they are referred to as licensed as well as look into the adoption law to get the best.
Still supporting the bill the Minority Leader and member for Aboh Mbaise Hon. Ngozi Pat-Ekeji pointed out that even some licensed homes are engaged in baby racketeering expressing regrets that some of the babies produced through this criminal behavior, are used for rituals and called for the passage of the bill so that young girls should not earn their living through this means while the member for Obowo, Hon Celestine Ngaobiwu suggested punishment for convicts to be life imprisonment to serve as a frightening tool to potential ones.
The Deputy Speaker, Pharm. Donatus Ozoemena set up a 5-man committee led by the member for Isu, Hon. Ikenna Emeh to scrutinize the bill and forward the report in three weeks.
Similarly, the bill for a law to domesticate an act to prohibit marriage of civil union entered into between persons of same sex and for other matters related therewith sponsored by the member for Onuimo, Hon. Robertson Ekwebelem has passed through first reading in the IMHA.
THE Deputy Speaker, Pharm. Ozoemena scheduled its second reading to hold on Tuesday 17th June, 2014.
Posted by PublicInformationProjects at 05:42