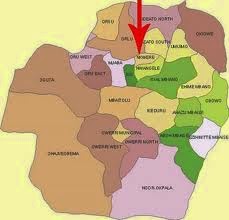 Some time ago Governor Rochas Okorocha of Imo State announced his readiness to conduct local government council election in Imo. My townsman by name Okereke rushed and collected the expression of interest form for councillor position. He tried to make me believe that Okorocha was really interested in conducting the council election. Okereke spoke like a man who knows what Okorocha can and cannot do; he spoke like a man who know what commentators like me don’t know but ought to know. And Okereke claimed to know a lot about the Imo State helmsman. But the more he tried to assuage my trepidation and misgiving about Okorocha the more I laughed at him; the more he tried to fine-tune his analysis of Imo political situation, the more i cautioned him not to waste his money . And why not; after all, it was Okorocha we were talking about. Owelle Rochas Okorocha!


After many aspirants in the 305 INEC wards in Imo had procured the expression of interest form, Okorocha directed ISIEC to organize a seminar/workshop for each aspirant at a whopping N5000 per aspirant. Till date no LGA election was conducted. The more than 50Million naira generated from the expression of interest forms and seminar is yet to be accounted for. Okereke is still licking his wounds till today. The worst is that he even sold his plot of land to buy out award for my area for 350 ,000 naira. Various autonomous communities willing to have a new political ward were advised to apply with the sum of 350, 000 naira each and Okereke applied for his ward . When multiplied by about 500 autonomous communities that applied, Owelle Rochas Okorocha generated to himself the sum of 175 Million naira which amount is yet to be refunded nor the electoral wards created. Poor Okereke, he is now into drinking due to frustration like my friend Jennifer that Okorocha sacked during the 10,000 jobs saga.

That is Okorocha for you ,the master dribbler. For more than 3 years now he has refused to conduct council election in Imo State. He was elected democratically but he has refused to let democracy exist at the grass root in Imo State. The irony of this madness is that he has looted 132 billion naira funds of the 27 Imo LGA’s in 3 years including 16 billion naira being 13 percent oil derivation funds of Imo oil producing areas. Those who thought he was a saint has since realized that he is the devil in a white sepulchre, allegedly a heavy 419ner.

In fact Dr. (Mrs) Kema Chikwe must be laughing at us now. She was the minister of Aviation who unveiled a fraudulent Rochas Okorocha and sacked him as chairman of Nigerian Airspace Management Agency (NAMA) for contract splitting and inflation.The many cases of official corruption, misappropriation of funds and malfeasances in Imo state in the last three years have exposed Okorocha as culpable in the many allegations against him of abuse of office while at the Federal Character Commission, while as the chairman of the ecumerical centre building committee, National Peace Forum and while as contractor who supplied over 774 Prado Jeeps to the Nigerian Police Force in year 2000.

Don’t get me wrong, don’t take this personal, i am only angry and concerned about what Okorocha is doing to Imo State. Within the last three years under him, Imo State has witnessed a galaxy of fraud. These crimes of misappropriation and embezzlement of public funds cut across all facets of the Imo economy. I remember the massive road contract fraud in Imo involving Okorocha and the Imo Speaker, the thieving Mr Benjamin Uwajumogu and his aides, some House of Assembly members and Okorocha’s male and female siblings most of who built roads without effective architectural designs, plans and supervision. In fact many of them just poured coal tar on sand in the name of road construction. It is wickedness to pour coal tar on sand in Imo State and call them tarred roads and in 2 months the rain washes them off.

In reality, the policies of the Okorocha’s government – a government that rode to power on the back of huge support of the mass of people – have mostly been elitist and anti-poor. Working and oppressed people are made to suffer for various policies that are at best cosmetic, but in most cases anti-poor and anti-people.We all know that If the immunity clause is not in our constitution for Governors in Nigeria, Governor Okorocha will be in jail for his diseased and inhibitory actions glazed by his corruptive acts.

When I heard that some youths from Mbaitoli LGA came out last week to endorse Governor Okorocha for 2015 I laughed. Those are hired youths, paid 2000 naira each to come out to sing his praise. Where are the job opportunities for Mbaitoli youths? I don’t know whether Okorocha is a gambler. And even if he were, is he a petty gambler or a high-roller? May be he is a petty gambler. And here is why: he has looked across Nigeria and saw Governors like Amaechi of Rivers State ,Akpabio of Akwa Ibom State and several performing Governors who are in their second tenure in office and thought, “Jeeez…why not me?” He has placed a bet! He wants to be Governor again in 2015 and is paying people to sing his praise.

Okorocha has looked at the Imo political loot and wondered: “why will i abandon this loot for Arara or for Kim-kim or for Meka or for Beth or for Kaptain , even for Sunshine? Without me Imo will collapse…nobody is better than me. Without me there will be no Imo…” To reinforce his arrogance, his paid praise-singers, hanger-on, and sycophants have been stroking his ego, encouraging him to do the unthinkable, to dare the gods and tempt fate by contesting again in 2015. ‘’ to hell with the baggers....2015 na me get am’’ Okorocha has declared. As if that wasn’t enough, paid youths from Mbaitoli LGA have roll out the drum for his political extinction in 2015. He is smiling, chuckling, laughing aloud and thumbing his chest. Again, he has placed a bet! I will retire my political enemies in 2015 he has boasted.

Speaking of Mbaitoli LGA, I am asking , what happened to the N5.9 billion naira LGA funds that came to Mbaitoli from FG from May 2011 to December 2013? Governor Okorocha don chop am . The governor has deprived Mbaitoli LGA democracy at the councils and is squandering funds belonging to them and someone is sponsoring youths to sing his praise. The result of lack of elected council men in Mbaitoli is a comatose LGA begging to be attended to. Lack of basic amenities has made Mbaitoli a ghost environment.