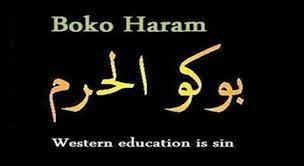 The attention of the leadership of International Society for Civil Liberties & the Rule of Law-Intersociety is drawn to yesterday’s constitution by the Federal Government of Nigeria of a “Committee on Boko Haram Terror’s Victims Support Fund” to mobilize resources and administer appropriate support to victims of insurgency and Boko Haram terror activities all over the country.

According to a statement issued in Abuja by Secretary to the Government of the Federation, Mr. Anyim Pius Anyim, on behalf of President Goodluck Ebele Jonathan, the composition and appointment of members of the Committee on Victims Support Funds were given follows: (i) Gen. TY Danjuma, Chairman, (ii) Mr. Fola Adeola​​​​​​-​Deputy Chairman, (iii) ​Alh. Mohammed Indimi​​​​​-​Member, (iv) ​Alh. Abdulsamad I. Rabiu​​​​-​Member, (v)​ Alh. Sani Dauda​​​​​​-​Member, (vi)​ Mrs. Folorunsho Alakija​​​​​-​Member, (vii)​ Mr. Cosmas Maduka​​​​​-​Member, (viii) ​Mr. Jim Ovia​​​​​​-​Member, (ix) ​Mr. Wale Tinubu​​​​​-​Member, (x) ​Alh. Sani Sidi, DG, National Emergency Management Agency (NEMA)​​​​​​-​Member, (xi) Air Vice Marshal Tony Omenyi (Representing Defence Headquarters)​​​​​-​Member, (xii)​CP Salisu Fagge, representing Nigerian Police Force​-​Member.
Others are: (xiii)​ Mr. Sayana Yusuf, representing Department of State Services​​​​​​-​Member, (xiv)​ Chief Uche Secondus, PDP Deputy National Chairman (South)​​​​​-​Member, (xv) ​Alh. Tijani Tunsah, APC Deputy National Chairman (North)​​​​​-​Member, (xvi) ​Representative of Christian Association of Nigeria (CAN) –​Member, (xvii) ​Representative of Jamaatul Nasril Islam (JNI)​​-​Member, (xviii) ​Chief (Mrs.) Nkechi Mba, Representing National Council of Women Societies​​​​-​Member, (xix) ​Prof. Ben Angwe, Executive Secretary, National Human Rights Commission (NHRC)​​​​-​Member, (xx)​ Representative of the United Nations (UN)​​-​Member, (xxi) ​Representative of Department for International Development (DFID)​​​​​-​Member, (xxii) ​Representative of Unites States Agency for International Development (USAID)​​​​​-​Member, (xxiii) ​Representative of International Committee of the Red Cross (ICRC)​​​​​​-​Member, (xxiv) ​Alh. Balarabe Musa, Representing Conference of Nigerian Political Parties (CNPP)​​​​-​Member, (xxv) ​Two (2) Representatives of Local Civil society/Youth Groups (Male & Female)​​​​​-​Members and (xxvi) ​Office of the Secretary to the Government of the Federation (OSGF)​​​​​-​Secretariat.
The Committee’s Terms of Reference were given as (i)​To identify sources and ways of raising sustainable funding to support victims of Boko Haram terror activities; (ii)​To develop appropriate strategies for the fund raising; (iii)​To ascertain the persons, communities, facilities and economic assets affected by Boko Haram terror activities; (iv) ​To assess and determine the appropriate support required in each case; (v) ​To manage, disburse or administer support to the victims as appropriate; (vi) ​To address related challenges as may be appropriate; and (vii) ​To advise Government on other matter(s) necessary or incidental to support victims of Boko Haram terror activities.
Our Reaction: We commend the Federal Government of Nigeria for finally waking up from its chronic slumber. The constitution of “Ethno-Religious Victims Support Fund Committee” is long overdue. The name ought to be called and should be called “Ethno-Religious Victims Support Fund Committee”. This will expand the scope of the Committee to include those killed, maimed and made homeless in other agro-ethnic-cum-religious butcheries such as Islamic Fulani jihadist killings in Taraba, Benue, Southern Kaduna and Plateau States as well as other politically and ethno-religiously related violence such as chronic Jos killings and post election violence of 2011 and beyond. This bold step by the Federal Government of Nigeria is also a big boost to our organization’s consistent campaigns for remedial justice for the victims of the ethno-religious butcheries in Nigeria as well as international criminal code sanctions against their butchers and other atrocity criminals.
We had in our 2012 letter to the Attorney General of the Federation called for the enactment of the Nigerian Crimes Victims Act to remedy the hardships and violence regularly meted out to victims of violent crimes in the country. Similar call was made in the written submissions made to the National Assembly Committee on the amendment of the 1999 Constitution by our organization in 2012. In the part- three of our four-part letter to President Jonathan on Boko Haram & associated issues, dated 6th of June 2014, we also demanded for the “compulsory need for the State of Nigeria to set aside a period for National Sorry Feast so as to sooth the vengeance souls of those butchered and forgotten as well as payment of reparations or compensations by the State of Nigeria to victims and members of the immediate families of those butchered or maimed”. We consider this latest bold step of the Federal Government of Nigeria as starting points that will eventual culminate into enactment of the “Nigerian Crimes Victims Act”.
Part of the Federal Government Committee’s work will include identification of the identities of those butchered, which will include their numbers, names, sexes, occupation, States of origin and residency, religion and towns and LGAs of origin and residency as well as their age brackets. These will be carefully documented and devoid of data mangling and suppression. The dead victims should be given decent and respectful burials and funerals with mandatory presence of their loved ones particularly during public burials in the case of decomposing bodies. Pattern of burials given to dead victims of ethno-religious butcheries in Nigeria is the worst crime against the dead, spiritual world and God. It also contravenes the Fundamental Human Rights provisions in the 1999 Constitution especially as it concerns “right to dignity of human person”.
Areas where such inhuman burials have taken place in the country should be converted to “holy sites for fallen heroes and heroines of ethno-religious violence in Nigeria”.  Our call for “a National Sorry Feast” to periodically offer a national sorry for the injured and battered souls of the departed victims’ remains irrevocable. This is on the same page with our call for international criminal and humanitarian inquiries on ethno-religious butcheries in Nigeria. Caring for the victims of Boko Haram and associated terror butcheries should include bringing to criminal justice those responsible for their untimely and inglorious death. To avoid making the Committee and its work look elitist and paper based, a secretariat with an administrative secretary and staffs should be created to run it. From our observation, it appears most members of the Committee including its chairman and vice may be too busy to find enough time for the Committee’s important assignment. If this ends up being the case, then it will be another effort in futility, at the gross expense of the targeted beneficiaries.
Signed:
Emeka Umeagbalasi, Board Chairman
emekaumeagbalasi@yahoo.co.uk
+2348100755939 (office)
Posted by PublicInformationProjects at 05:04