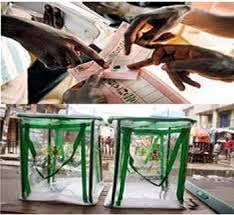 The gubernatorial election in Ekiti state has been concluded devoid of political violence, which many attributed to the enormous presence of security agents during the election period. The turnout for the election has been great, with most of the more than 400,000 accredited voters turning out to vote. The credit for the proper technical conduct of the election must go to the Independent National Electoral
Commission (INEC).

While the congratulatory messages, concession statements, and the transitional process have started, the organization the Human Rights Advancement, Development and Advocacy Centre (HURIDAC) continues to raise some serious human rights concerns over the way the elections was handled.

According to the HURIDAC’s, Executive Director, Ayodele Ameen; “Despite all the successes of the election, we are still concerned about the militarization of the exercise. We are also concerned about some of the operations of the security agencies, the arrest of some politicians, the searching and harassment of hotel guests such as at Hilmat Hotel, Ado Ekiti, the harassment of some of the election observers, and the illegal deportation of some of the journalists coming to report on the elections.” Even though the election has received pass mark from many quarters, HURIDAC is concerned that from a human rights perspective there are still some major challenges, and we therefore question whether the election was truly free and fair.

For an election to be free according to the United Nations’ Manual on Elections and Human Rights, it must fulfill some preconditions. Such conditions include the guarantee of freedom of information, freedom of expression, freedom of association, among others.

Observers filed reports of breaches of some of these rights. For example at St. Michael primary school, Ajilosun, Ado Ekiti, a few people were arrested and taken away by combined force of state security and the police. Media reports suggest that these arrests were motivated, not by objective information, but by information provided by members of the opposition.

Some of the observers lodging at Hilmat Hotel told us how scared and intimidated they were when the combined force of police, military, and the Defence Security Service (DSS) came knocking on their doors. Some lodgers were not only arrested, but humiliated by asking to sit on the ground by the entrance before being taken away. Security forces, especially the police needs to protect all human rights during elections. There are media reports of the forceful escort of some journalists from Ekiti to the border and by so doing violating, not only their freedom of expression, but also freedom of information and press freedom in general. Specially, the three journalists Jadesola Ajibola from Inspiration FM, Akin Ogunsola from Osun State Broadcasting Service (OSBC), and Aremu Awolola, also from OSBC, were arrested by the police and
deported out of Ekiti.

A general climate of fear was expressed widely by many observers, which invariably inhibit the
effectiveness in carrying out their role as election observers, there are cases of harrasement of observers by the security agencies. This climate of fear provides the right context for the establishment of a commission on human rights violations.

The security agencies need to cultivate and imbibe key human rights principles in their training prior to and their conduct during electoral operations. The huge additional number of personnel from a variety of national security agencies that managed the Ekiti elections is still a major concern to our organization. “The security agencies should tilt towards the adoption of a participatory security strategy; a community-based strategy that put the people at the centre of security plans without divulging sensitive security information,”
said Ayodele Ameen.

Generally, a militarized security management of the election present an atmosphere of ‘war’ which is obviously not an environment conducive for the conduct of an election. An election is a civic exercise and should not be militarized.

The HURIDAC Executive Director said that; “Our recommendations are three: One, the human rights commission should investigate all cases of human rights violations, especially all cases highlighted by the ruling party in Ekiti; two, the Police Service Commission should investigate the chain of command in terms of on who’s authorization the security agents were to only arrest members of one political party, and also look into the deportation of journalists and; three, the National Assembly should conduct a public enquiry into the security management of the Ekiti Election.”

Now that the Inspector General of Police (IGP) has recommended the security arrangements in Ekiti as a model for the Osun election, what remain are not only serious human rights challenges, but heightened fears and concerns, not only for the future of civil liberties in the country in general, but also the potential state of fear during subsequent elections, coinciding with a de facto denial of citizens’ right to free and fair elections.

HURIDAC is established in the recognition that human beings must enjoy freedom from fear and want. This implies that conditions must be created whereby everyone can enjoy his or her human rights. It also implies that the equal effective enjoyment of all human rights, without  discrimination, underpin the primacy of law. Any society that is not founded on the rule of law will eventually find itself in a state of anarchy. Therefore, a system of basic freedoms, that afford protection against the abuse of power, that create space for the citizens to live in dignity, and where they can enjoy freedom to explore ways towards individual development and prosperity, is a fundamental foundation for any civilized society. The organization’s provisional office is: 4 Akintoye Shogunle Street, Off John Olugbo Street, Off Obafemi Awolowo Way,
P.O. Box 14037 Ikeja, Lagos, Nigeria.