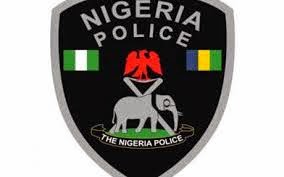 We sincerely wish retired IGP Mohammed D. Abubakar a robust retirement life as he retires today being 30th July 2014 after 35 mandatory years in service. The retired IGP’s official performance index is quantitatively measured at 70%/30%. That is to say that he recorded 70% failure and 30% success. Part of his success is reprieve he gave to Nigerian road users especially between January 2012 and reasonable part of 2013 when he dislodged most of over 3,500 police roadblocks across the country. Before the dislodgement, thousands of innocent Nigerians were killed as a result of roadblock extortion and related police abuses. Billions of naira was also extorted from innocent Nigerian road users. For instance, between 2009 and December 2011, over N53billion was extorted by the NPF at roadblocks from Nigerian road users. Commendably retired IGP Mohammed D. Abubakar was able to sustain the dislodgement until police roadblocks resurfaced in different parts of the country especially from the last quarter of 2013 using the cover of Boko Haram insurgency. To his credit, many innocent lives were saved and billions of naira that would have been extorted saved as well.

On the other hand, his failures are mountainous. These range from his alleged soft spot for generators, promoters and executors of ethno-religious violence; example of which is his reported not-too-good roles in Plateau socio-religious conflict when he was the CP of the State leading to his alleged indictment by a commission of enquiry. Others are his inability as IGP to contain internal security challenges ravaging Nigeria, inability to tame high incidences of unlawful killings including extra judicial executions or killings by his officers and men as well as torture particularly during criminal investigations and detention of those accused of being in conflict with the criminal law. Containing corruption and related forms of police abuses is another area of retired IGP’s failure. As a seeming born before computer (BBC) IGP, the Nigerian Police Force under retired IGP Abubakar has remained the largest ICT illiterate police force in the world. Where ICT policing and preventive policing become absent in the curriculum of a police force, torture, unlawful killings, ape-like intelligence quotient and graft rule its general policing and criminal investigation and trial managements. And where these lapses become pronounced, society which it polices degenerates from street or common crimes to group crimes such as ethno-religious group insurgencies ravaging the country.

Why President Goodluck Jonathan Must Speak Today On Who Replaces Retired IGP Abubakar:  Contrary to some media reports, today being 30th July 2014 is the retirement date of IGP Mohammed Dahiru Abubakar. As a matter of fact and by NPF convention, Mr. Abubakar is now a retired IGP. Efforts by his close allies to extend his tenure are not only unconstitutional but also an invitation to anarchy. The Constitution in Section 215 (1) forbids the appointment of a retired police officer as IGP and directs that any police officer to be made must be among the serving members of the Nigeria Police Force (NPF). Section 14 (3) of the Constitution also forbids the concentration of such appointment in one geopolitical zone.

The former IGP, Mr. Hafiz Ringim, who handed over to the out-gone IGP, Mr. Mohammed Dahiru Abubakar, is from the same northwest zone, likewise retired IGP Abubakar himself. They are from Jigawa and Zamfara States respectively in Northwest geopolitical zone. Retired IGP’s alleged anointed successor, AIG Suleiman A. Abba with service NO.AP24176, hails from Gwaram LGA in Jigawa State in the same Northwest Nigeria. He was born on 22nd March 1959 (55yrs) and enlisted into the NPF on 31st December 1984. He was made an AIG on 22nd February 2012 and will retire on 22nd March 2019. He has degrees in history and law. Like other of his colleagues, he is likely to be a BBC Senior Police officer.

In view of the forgoing, therefore, we submit that the next IGP should come from another geopolitical zone. Since the Constitution allows President Jonathan with the Nigeria Police Council to appoint any serving member of the NPF as next IGP, the next IGP must not be a serving AIG or DIG. Among young serving CPs and DCs, a senior police officer fully grounded in ICT from geopolitically favored zone can easily be identified and appointed. For those fearing mass weeding out of senior police officers if a young CP is chosen, we hold that to rebrand and reposition the archaic NPF, such radical bold step is direly needed. Bellow is our earlier letter to President Goodluck Jonathan on the appointment of next IGP, dated July 10th 2014.

From the foregoing Your Excellency, the processes for the appointment of the next Inspector General of Police are not in dispute or constitutionally controversial. Other than the clear provisions of the Mother Law (1999 Constitution) above, conditions of service of members of the Nigeria Police Force including IGP, Mohammed Dahiru Abubakar are generally covered by the Public/Civil Service Act of the Federation 2004. A Police Officer, whether he or she is a Constable or an IGP, retires once he or she attains 60 years of age or serves 35 years in the NPF. In the case of IGP Mohammed Abubakar, according to the “2014 Staff List for Senior Police Officers: IGP-CSP”, IGP Mohammed D Abubakar with Service No. AP13001 hails from Gusau LGA of Zamfara State, Northwest Nigeria. He was born on 5th May 1958 (56 years) and joined the Nigeria Police Force on 30th July 1979 (35 years by July 30, 2014). He holds Diploma Certificate in Public Administration & Criminal Justice and will statutorily bow out of the NPF on 30th July 2014. By the provisions of the 1999 Constitution and the Public/Civil Service Act of the Federation 2004, his statutory retirement is sealed. Any post retirement extension or retention of his service as the country’s IGP is not only a gross violation of the Constitution and her relevant subsidiary provisions, but it is also legislatively impeachable.

We are aware of “bountiful” profile and image laundering campaigns on the pages of the Nigerian paper media by some “born before computer”(BBC) or “typewriter” senior police officers and their civilian politician/contractor-sponsors including those wanting post statutory retirement re-appointment. Some  of these “BBC” senior police officers are said to parade a basketful of university degrees while others are now “professors of election conduct security”. Years ago, the same “media PR” misled Your Excellency into appointing those indicted by post ethno-religious riots judicial commissions of inquiry into plum police jobs. Some misguided politicians from the north even used Boko Haram terror campaign to corner the IGP position, yet at the end, the Boko Haram butchery has become more devastating and menacing. Today, they are at it again trapping Your Excellency into committing impeachable offenses. Your Excellency must remember the oaths of allegiance and office quoted above. Public interest including the welfare and security of ordinary Nigerians and not “returning Your Excellency to office”, should take a center stage in this respect.
By Section 215 (2) of the Constitution, Your Excellency, in consultation with the Nigeria Police Council, is at lawful liberty to appoint any reasonable member of the Nigeria Police Force including an ACP or a DCP as the next Inspector General of Police. With all due respect to all serving DIGs, AIGs and a chunk number of over 90 serving CPs in the Nigeria Police Force, they are all “born before computer” or “typewriter” senior police officers. Their non ICT literacy, coupled with corruption, has been responsible for colossal failure of the Force in managing Nigeria’s internal security challenges including Islamic Boko Haram and Fulani violent sects’ violence and threats on Nigeria and Nigerians. Till date, official police business is still carried out on “paper, pen and file” in the NPF’s 6,651 field formations in the country. Also, till date, out of every five police officers in Nigeria, 4.5 of them are computer illiterates. These explain why the Force grossly lacks modern policing knowhow like preventive and protective policing skills and technology (electronic/machine policing and man-machine intelligence policing).

One of the fundamental yardsticks to be applied by Your Excellency and the Nigeria Police Council in the course of appointing the next Inspector General of Police is the use of ICT literacy test on prospective candidates. The IGPship candidates should also be extended to serving ACPs and DCPs. Of another importance is the need for Your Excellency and the Nigeria Police Council to adhere strictly to the provisions of Section 14 (3) of the Constitution (geopolitical balance or equity) in the course of the appointment of the next Inspector General of Police. Your Excellency is reminded that the immediate past IGP and the outgoing one are from the Northwest geopolitical zone of Jigawa and Zamfara States.

One of the first tasks before the next IGP is digitalization of the personnel and structures of the Nigeria Police Force. This involves computerization of the NPF activities and machineries and introduction of compulsory ICT programs for all serving police officers in Nigeria from Constable to IGP; ranging from hardware to software applications’ programs to advanced ICT programs. A situation whereby the NPF with a population of approximately 400,000 personnel or more, which is two times more than personnel of the Nigeria Army, Navy and Air Force put together; has continued to disappoint Nigeria and Nigerians by its woeful performance, despite collecting average of N300Billion or 30% of the country’s annual defense budget; will no longer be tolerated or condoned”.